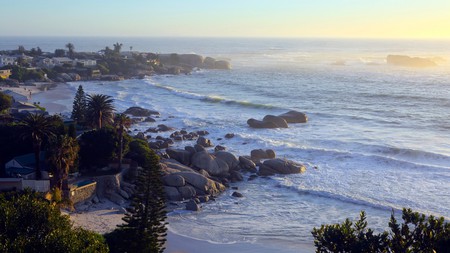 The Cape coastline is littered with shipwrecks that serve as relics of bygone eras. But one wreck in particular, just metres off the pristine blue-flag beaches of Clifton, has been hiding a dark story that’s only just been uncovered some 200 years later. 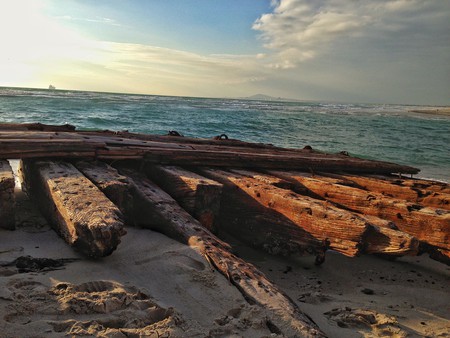 Wrecking off the coast of Cape Town

The wreck of the São José Paquete d’Africa is the first known shipwreck of a vessel that carried enslaved Africans to be successfully excavated. The São José set sail from Mozambique to Brazil in 1794 with a cargo of more than 500 slaves on board, but when it arrived on the shores of the Cape, strong winds prevented it from entering the safety of the harbour in Table Bay.

The captain’s decision to hug the coast while waiting out the storm would prove a fatal one, and the ship struck a rock and sank into the waters of the Atlantic Ocean, just metres from what is now one of South Africa’s most popular beaches.

The São José lay on the ocean floor, largely forgotten, for more than 200 years before documents found in the Western Cape Archives revealed that the ship wrecked with 512 Mozambican slaves on board.

According to Jaco Boshoff, a maritime archaeologist and lead investigator on the case of the São José, after the ship struck the rock, the captain ordered the crew to cast out an anchor – but the cable snapped. The crew dropped a second anchor, but soon realised that the stern of the vessel was also stuck on rocks. “The second anchor’s cable snapped too,” says Boshoff, “and the São José became trapped between two reefs.”

After a third failed attempt to free the ship with an anchor and the ship’s windlass, the crew realised they were close to the shore. A Dutch VOC official from Cape Town had seen the ship in distress and rigged a basket on a rope to the São José, which helped the crew and 300 of the slaves to escape. The sea was too rough for the rescue boat to be able to return to the ship, and more than 200 slaves were left to drown on the wreck.

The captain and crew survived, but the slaves who were spared by the rescue efforts were not freed, but resold into slavery in the Cape.

The wreck lay untouched on the ocean floor until the 1980s, but when it was eventually discovered it was initially misidentified. Archaeologists who knew about the São José had assumed it had sunk closer to Camps Bay, but Boshoff uncovered a critical clue that would change the course of its history – a 200-year-old letter that stated it had in fact sunk “in the shadow of Lion’s Head”.

Boshoff then shifted his focus to the wreck closer to Clifton, and discovered that it was the São José. He knew immediately that this was one of the most significant wrecks off the coast of South Africa, and that this was “history hiding in plain sight”.

“It represents one of the earliest voyages of the slave trade between Mozambique and Brazil, a trade that continued well into the 19th century, and where 400,000 East Africans are estimated to have made the journey,” says Boshoff.

“One could argue that the modern world was built by the slave trade – the ships that plied that trade, trafficking in millions and millions of human souls and trading people for profit, spanned the world from East to West Africa, the Americas, Europe.”

According to the team behind the discovery, the story of the São José unlocks one instance of this massive story, and brings it to a human scale. “We find it incredible and troubling that there hasn’t been more attention paid by looking at these incredibly important stories that shaped our world by investigating shipwrecks,” says Boshoff.

By launching a new project that does just that, called the Slave Wrecks Project, they hope that these stories get the attention that they deserve. “We believe that this is a deeply human story that is important to the world,” says Boshoff.

Little left of the wreck

There is little left of the original wreck, and its location in rough seas and close to rocks makes diving down to it highly dangerous, but there are a number of community-driven efforts to place a marker at the site to memorialise it.

In 2015, Iziko South African Museum lent some of its artefacts uncovered from the wreck to the Smithsonian Museum of African American History and Culture, for an exhibition that attracted more than 3 million visitors to the museum had the opportunity to experience the story.

They’ve since brought the story of the wreck back to South Africa with a new exhibition – Unshackled History: the Wreck of the Slave Ship, São José, 1794. Boshoff hints that this may just be the beginning of a greater project.

“The identification of the São José also provides an unparalleled opportunity for the Slave Wrecks Project to diligently excavate, conserve and prepare authentic objects of the trans-Atlantic slave voyage, and from a ship which that represented one of the earliest experimental voyages that brought East Africans into the trans-Atlantic slave trade.”

Unshackled History: the Wreck of the Slave Ship, São José, 1794 is a permanent exhibition at the Slave Lodge in Cape Town.