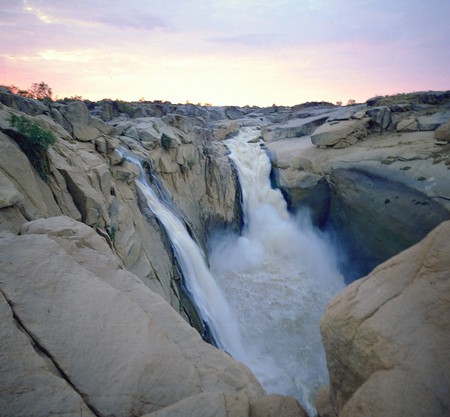 From seaside vistas and winding rivers to vast landscapes and imposing mountains, South Africa has much to offer photography enthusiasts. Here are 17 locations where you can capture the beauty.

Kenton on Sea is a popular holiday destination on the Sunshine Coast. Interesting rock formations scatter the shoreline and what’s more, the warm Mozambique current flows down the coastline, ensuring comfortable swimming temperatures. 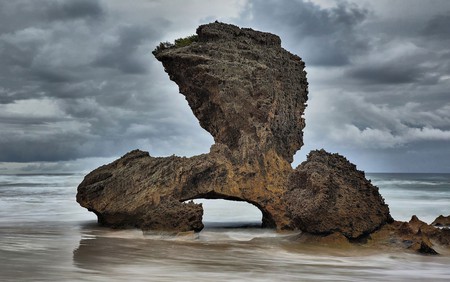 Every viewpoint along The Panorama Route offers breathtaking views, including that of the Blyde River Canyon which is known as the world’s largest “green canyon”. The famous route is also home to many waterfalls and is a birders’ paradise. 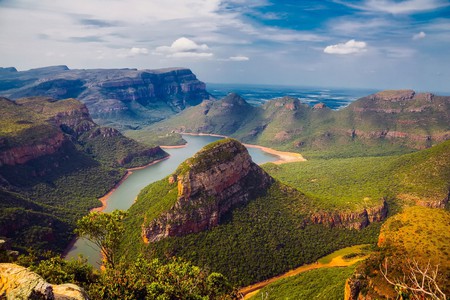 Bloukrans is Africa’s highest bridge and visitors travel from all over the globe to bungee jump off it. Whether you’re an adrenaline junkie or not, the view of the Bloukrans River valley is spectacular. 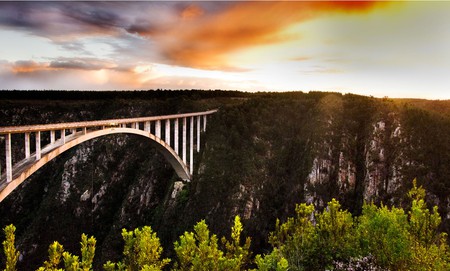 Named after the Khoi word ‘Aukoerebis’, or place of great noise, the powerful flow of water is unleashed from rocky surroundings characterised by the 18-kilometre abyss of the Orange River Gorge.

Sani Pass is located in the West of KwaZulu-Natal, on the road between Underberg and Mokhotlong, Lesotho. The route starts at 1544 metres and climbs another 1332 vertical metres to an altitude of 2876 metres, ensuring amazing panoramic views. 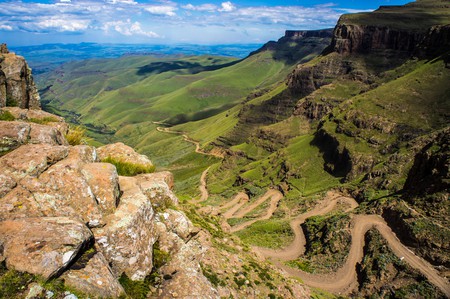 One of many Sani Pass vistas | ©Vaiz Ha /Flickr

The park includes a marine reserve, deep gorges and local vegetation and is great for hiking. Follow the Mouth Trail leading to the working suspension bridge over Storms River mouth. 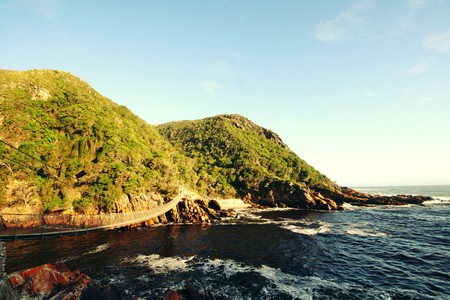 This area of Cape Town was previously known as the Malay Quarter and is a former township. The Bo-Kaap is characterised by colourful houses, many mosques and traditional cafés, and is best explored on foot. 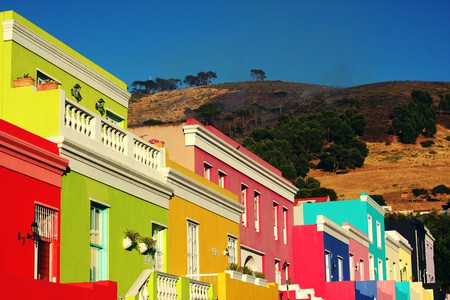 Pretoria, Gauteng, when the jacaranda trees are in bloom

During spring, jacarandas line the streets of Pretoria, covering the city in a purple blanket. Beautiful from viewpoints, such as the Union Buildings or Fort Klapperkop, but they’re just as striking up close. 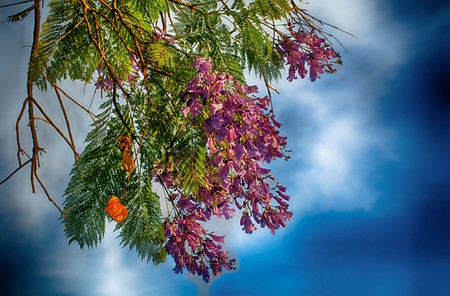 Helen Martins created the magical Owl House and Camel Yard in the 1950s, completely transforming her modest house and garden by using glass and cement. Now run as a museum, the Owl House is a must-visit. 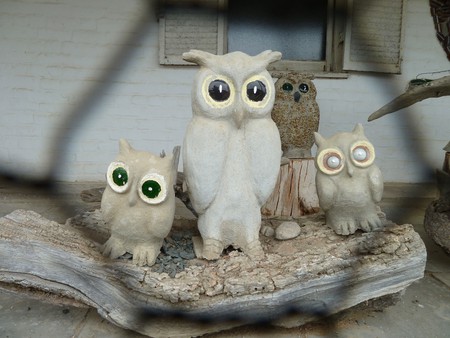 Nan Hua Temple is the largest Buddhist temple and seminary in Africa and is situated just outside of Pretoria. Spend the day wandering the grounds and taking in the Buddhist culture. 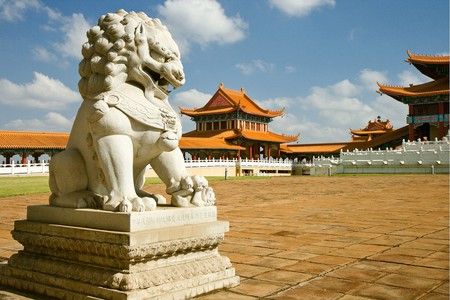 Muizenberg is a beachside suburb of Cape Town and these iconic Victorian beach huts pose perfectly for tourist photos. 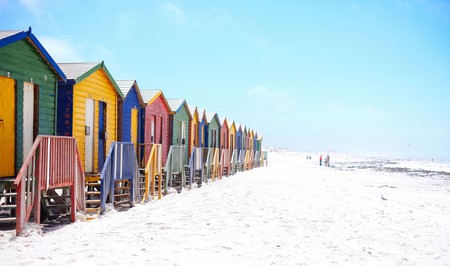 About 70 kilometres due west of Sutherland, this scientific national park is situated in one of the most arid regions of the country. Needless to say, the vast landscape is awe-inspiring. 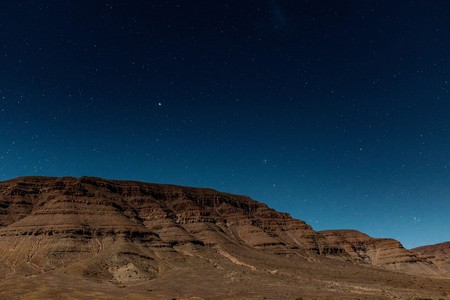 Hiking Table Mountain is a popular activity for tourists and locals alike and many are often surprised when reaching one of the five dams spread across its table top. 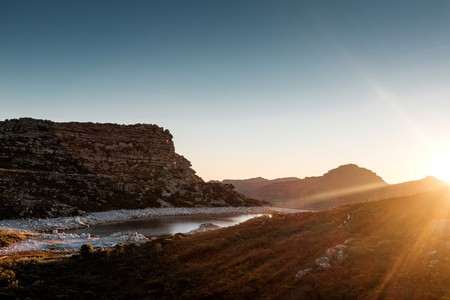 Boulders Beach, near Simon’s Town, is an ideal swimming spot, thanks to the large granite boulders protecting it from the wind. African penguins also call this spot home, so expect to see them waddling between beach-goers. 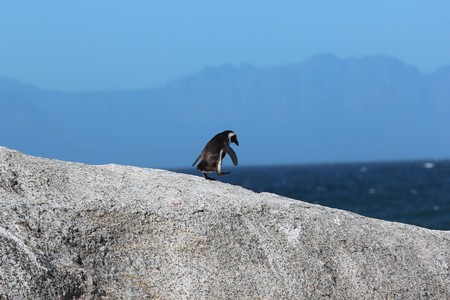 Waterfall bushcamp in the Western Cape winelands is the epitome of ‘glamping’. The luxury tents are comfortable and the camp overlooks a lavender meadow. Then there’s the night sky – a spectacular show of stars perfect for photography enthusiasts. 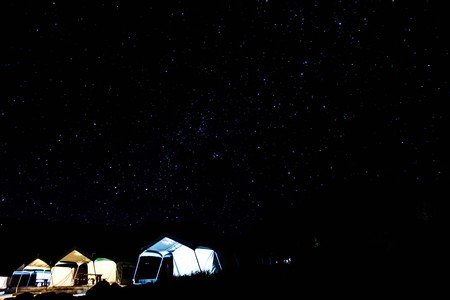 The stars show off at Tulbagh | ©Lauren Abrahall/Unsplash

This park is famous for its beauty. The golden eroded sandstone cliffs and outcrops are impressive and some display San rock paintings. Hiking is a popular option when visiting, or simply drive around and stop at view points. 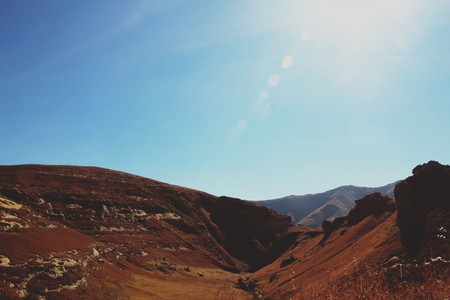 The vastness of the landscape is overwhelming | ©Carina Claassens

Kirstenbosch is considered one of the most significant botanical gardens in the world. Take a picnic basket or walk the famous canopy treetop route. 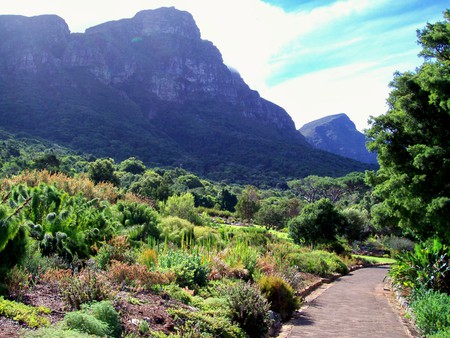