Kalky's | © John Mason / Flickr
Cape Town still represents good value for money, but there’s no doubt that it’s getting more expensive. Fortunately, some places are a few years behind, which means you should visit them before they too get too costly.

There are various factors that are pushing prices up in Cape Town. Increasing inflation and the cost of living play a big role, but so too does gentrification and increasing popularity. But depending on where you look, you can still pick up a great sandwich or coffee, or have an afternoon or evening’s entertainment, at a competitive price. Here’s how.

Woodstock’s The Kitchen may have slipped the ‘hidden gem’ title when Michelle Obama sang their praised is 2011, but somehow they’ve still managed to keep prices at a reasonable level. Though the surrounding suburb of Woodstock is the most vulnerable to gentrification and rapidly increasing prices, there’s still a homely, good-value feel to this incredible little deli and eatery.

The Labia is a true Cape Town institution. It’s the oldest art house cinema in the country, and until recently it felt as if not much had changed there since its inception. The same has been true for its prices — it’s still the cheapest place in town to catch a classic movie or select blockbuster, especially if you pair it with one of their meal specials. But a fresh lick of paint, a new entrance and a great new outdoor seating area suggests that some inevitable price increases may just be on the way. 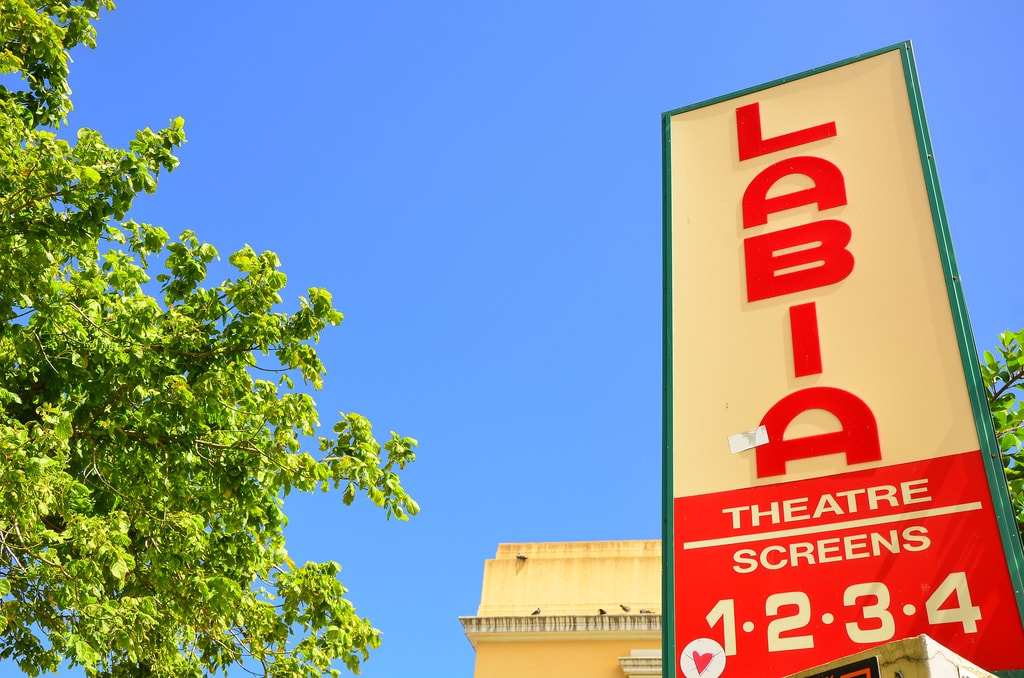 The Fugard Theatre has been home to some of South Africa’s most famous theatrical performances. Though no longer a hidden gem, you’ll catch anything from small-scale local productions through to big-budget musicals taking to their stages. And yet you’ll be hard-pressed to find a better-priced theatre ticket anywhere in the world. High-quality shows can cost as little as R150 ($12 USD), which is a remarkable bargain considering the quality of the productions they are putting out. 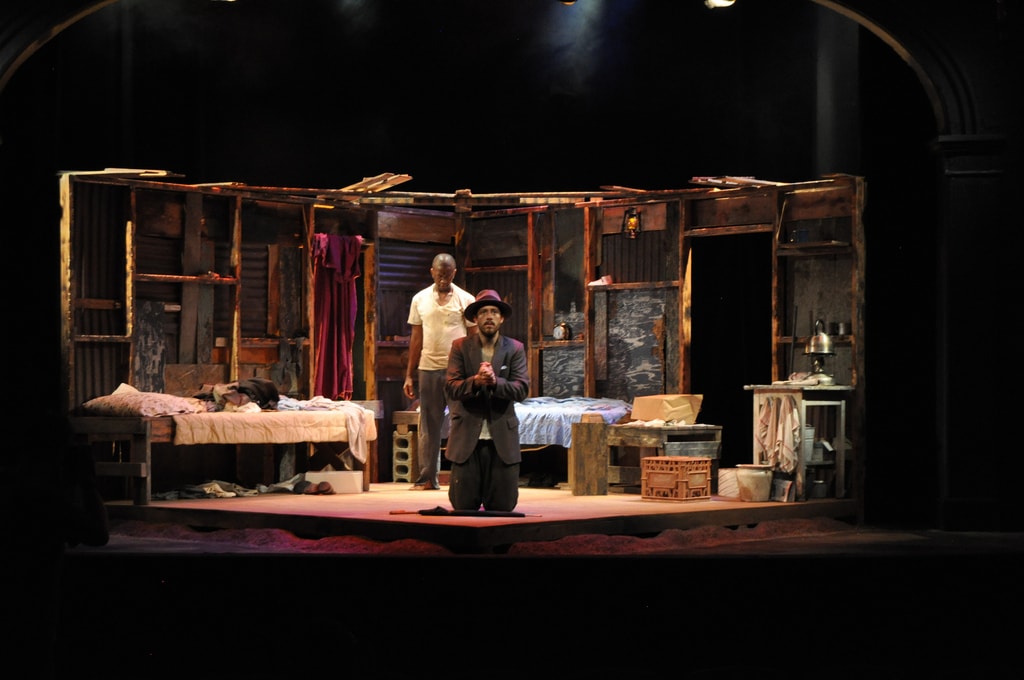 Yogi’s is the kind of barbershop that’s almost worth a visit, even if you don’t need a trim. It’s an old school barbershop located on the fringe of the Cape Town CBD, and it’s retained all of its original charm. You’ll find sullen barbers, straight edge razors, and even a red, white and blue barber’s pole. In spite of its location, quality of barbers, and growing appeal, the prices too seem stuck in the late 90s, and they offer one of the cheapest cuts in the city. 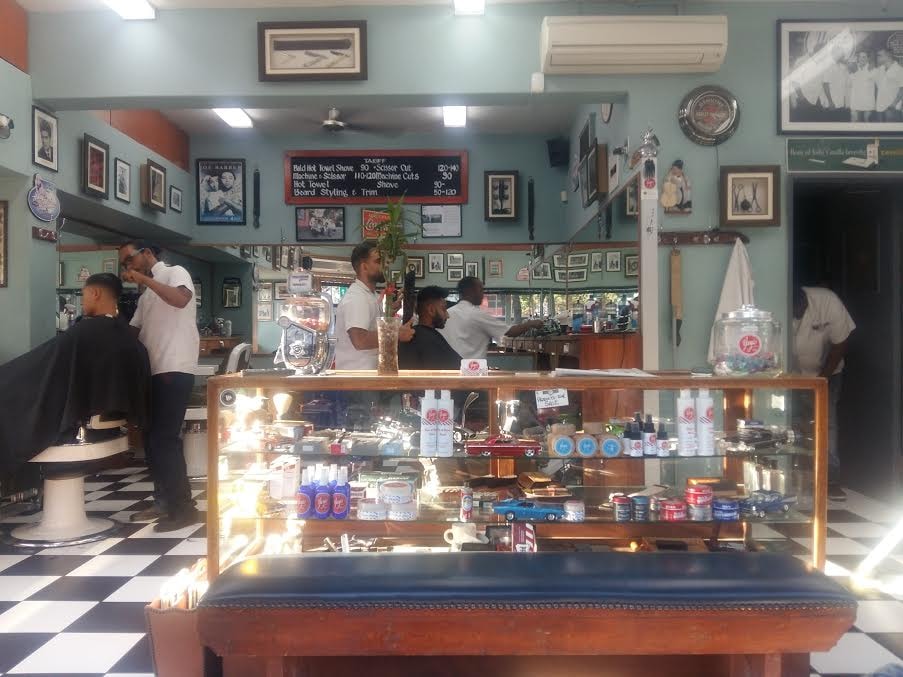 Fish on the Rocks

Though not exactly fine dining, Fish on the Rocks is one of the best well-priced meals you can find in Cape Town. The no-frills fish restaurant in Hout Bay calls itself “Africa’s Favourite”, and yet in spite of that you can still pick up generous portions of fish, calamari and chips for a steal. If you’re only looking for a snack, a calamari roll still costs less than R40 ($3 USD). 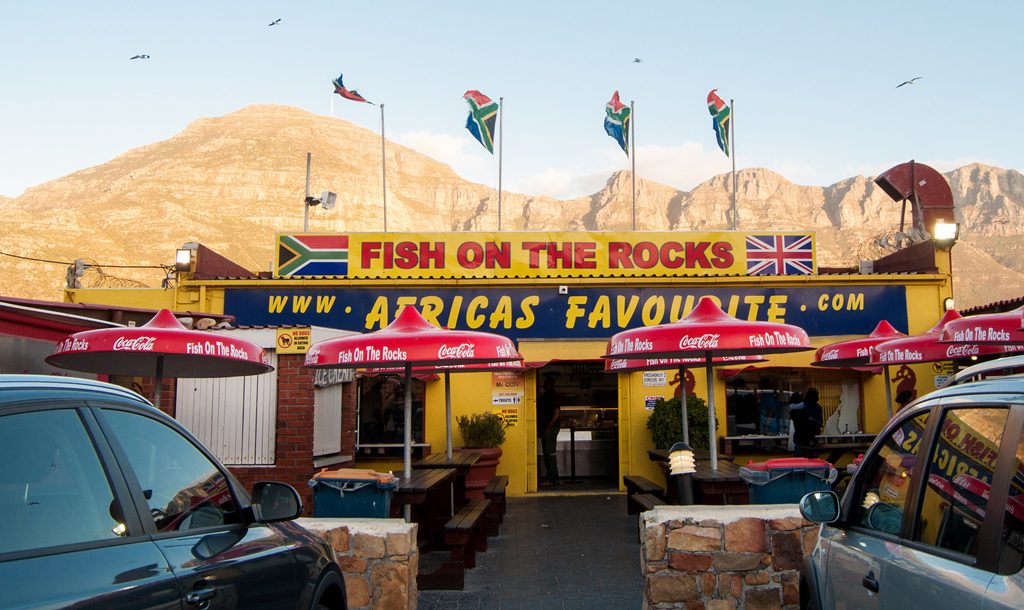 Gary’s Surf Shop was one of the original surf shops on the Muizenberg beach front, and at times it feels as if the prices, and warm customer service, haven’t changed in the last 15 years. Gary himself is on hand most mornings to offer a warm greeting, some insider knowledge, and everything you need to get out onto the popular waves outside. The once laid-back beachfront strip has seen a massive redevelopment of late, and it’s only a matter of time before the original guys are squeezed out and prices are forced to head upwards.

Bar, Pub, Pub Grub
Bar counter | © Christian Birkholz / Pixabay
The no-frills environment of the Kimberley Hotel may not be to everyone’s liking, but there’s no denying that this old-school South African bar is packed full of charm. Built in 1895, it is one of the oldest bars in Cape Town, and for the last 10 years they’ve resisted any form of gentrification. There’s no better indication of their commitment to their original cause of cheep beer in an unpretentious environment than the sign outside that reads “We don’t serve craft beer.”
More Info
Open In Google Maps
46 Roeland Street, Cape Town City Centre Cape Town, Western Cape, 8001, South Africa
+27214612160
Visit website

Kalky’s is another popular fish and chips shop in Cape Town that’s somehow avoided any dramatic price increases in recent years. You can still get a family meal of hake, snoek, calamari, bread rolls, chips, and a large bottle of soda for less than R200 ($15 USD). Trendy eateries and coffee shops have sprung up in the area in recent years offering good quality but considerably higher prices, and it remains to be seen how long Kalky’s can hang onto its laid-back charm and competitive prices. 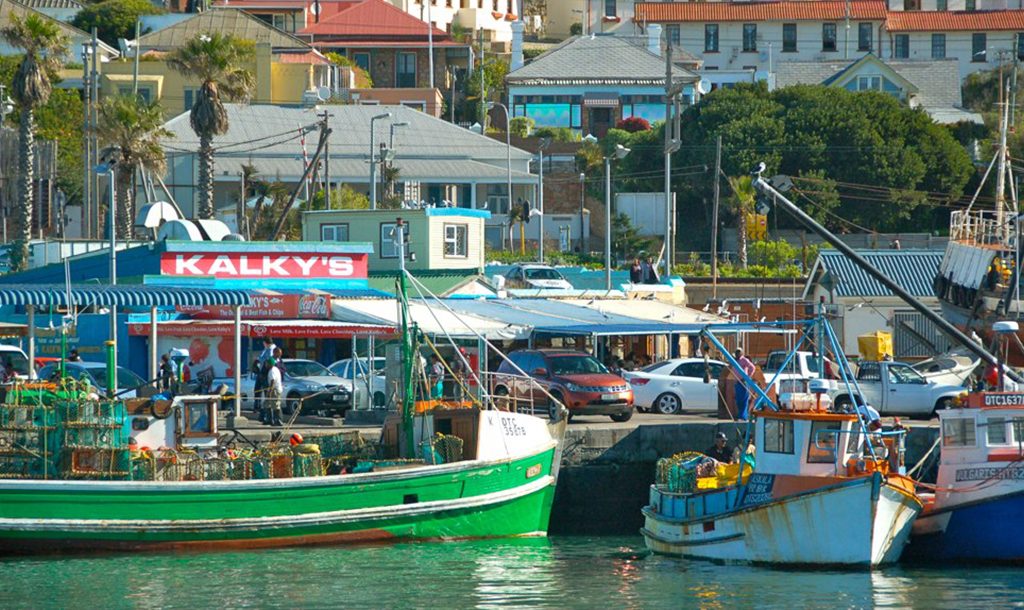 The Long Street Baths flies so far under the radar that many locals don’t even know that they exist. The complex on the top of Long Street houses a 25-metre indoor heated swimming pool, saunas and a steam room. Though it won’t rival the pools and spas at the city’s high-end hotels, it feels as if the entrance fees have barely increased since its establishment in the early 1900s.

The Eastern Food Bazaar offers some of the best-priced meals in the city. Though it appears to be little more than a budget canteen, anyone who’s eaten there will tell you that they don’t compromise on quality. You won’t find over-priced, fine-dining meals here – nor much of an atmosphere. But if you’re looking fast, simple dishes that span the Asian continent and will have you wondering if the teller made a mistake, you can’t go wrong with a meal at the Eastern Food Bazaar.

Restaurant, South African
The Earth Fair Market is a popular weekly food market that takes place on the pedestrianised St. George’s Mall. Though dishes come in at a range of prices, the focus is still on the office-bound people working in the buildings nearby. This means you can pick up fresh, healthy snacks and meals at competitive prices, and at the same time embark in some interesting people-watching in the heart of the city.
More Info
Open In Google Maps
136 Saint Georges Mall, Cape Town City Centre Cape Town, Western Cape, 8000, South Africa
+27842203856

The Oranjezicht City Farm has gone from strength to strength in recent years, and they’ve recently found a permanent home adjacent to the V&A Waterfront. Though well worth a visit in its own right, if you’re looking for a great deal in a unique setting, pay the original farm in Oranjezicht a visit. It’s open during the week and you can pick up some of the freshest organic fruit and veggies in the city, at better value and quality than what you’ll find in some of the city’s high-end supermarkets.

Quite how Deluxe Coffee Works manages to serve up one of Cape Town’s best cups of coffee, at the most competitive prices, appears to be a well-kept secret. One can only assume that a price increase is on the cards, but with expertly brewed coffees in some of the coolest locations in town, this would be justified. The focus at these coffee shops is a quick in-and-out caffeine fix, but the new headquarters on Buitenkant Street has enough seating to allow you to soak up the atmosphere. 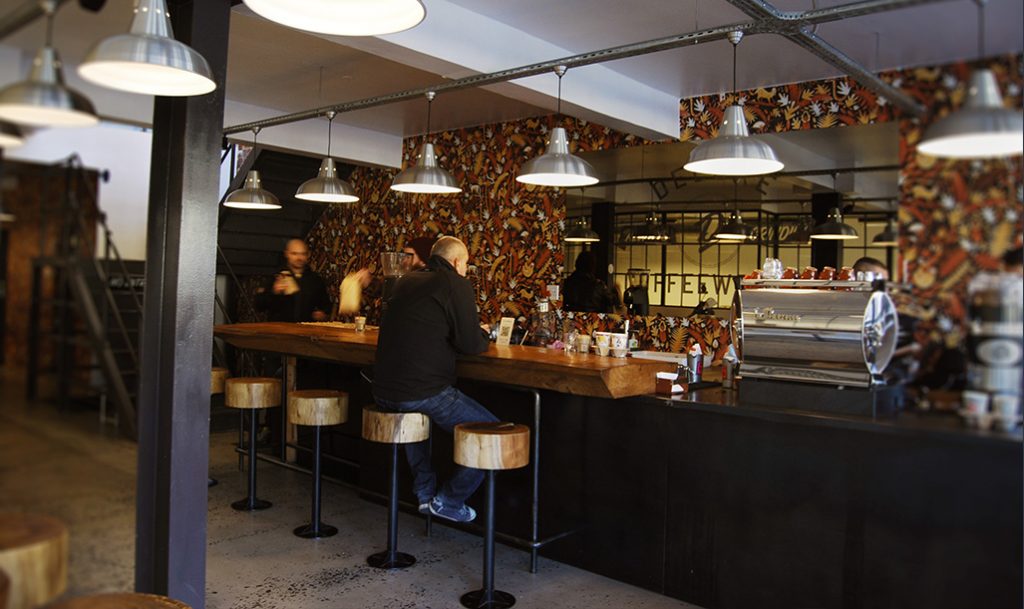 The Sea Point Putt-Putt course is another Cape Town gem that’s stuck in a bit of a time warp. Though this means you’ll get slightly wonky clubs and a few unnecessary bumps in the course, this all adds to the appeal. You can have a game for little more than spare change, though with the constant influx of new and returning players, it would be safe to assume that the prices will slowly begin to depart from its historical prices.

Mzoli’s is no longer a hidden gem, thanks to an onslaught of publicity that the vibrant eatery has received. In spite of it being one of the most popular places to spend a Sunday afternoon, the prices are still amazingly competitive, and visitors are free to bring their own alcohol. 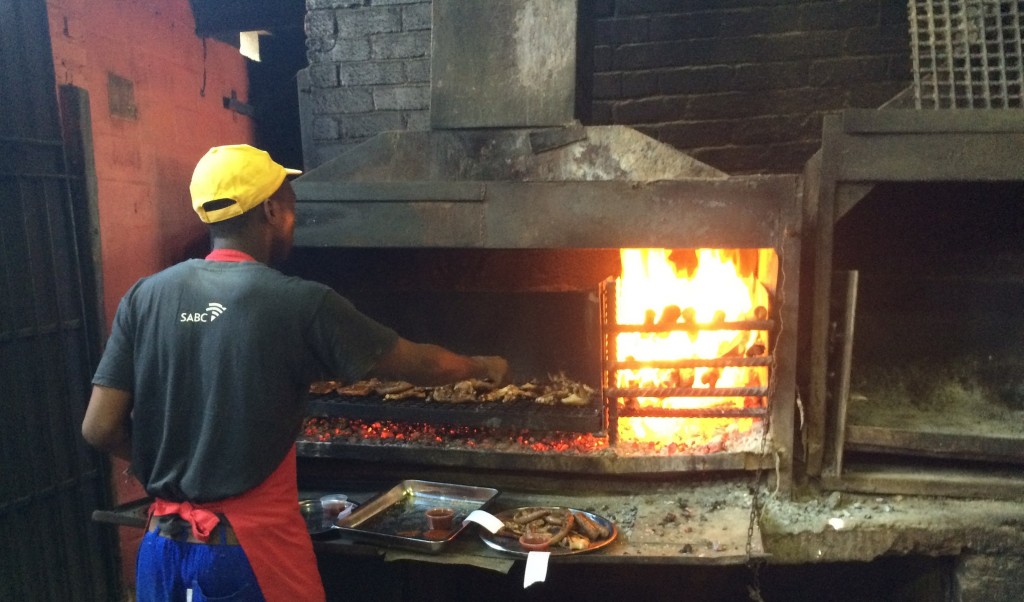