Explore the Best Markets in Dakar 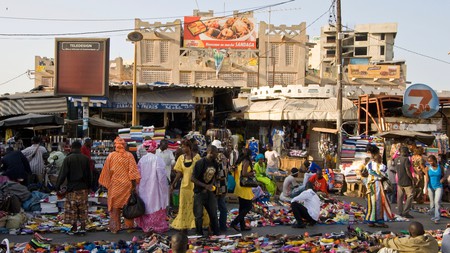 From second-hand clothes and freshly caught squid to West African spices and dyed leather bags, Dakar’s markets offer up a smorgasbord of local, regional and knock-off products. This guide will give visitors the upper hand when navigating Dakar’s markets.

In recent years, Dakar has witnessed unprecedented growth and change, but market life remains fundamental to the Dakarois’ day-to-day life. From rainbow-coloured fruit stalls to roadside weaving workshops, vendors ply their trades on almost every street in every district, but these are merely small fish in an ocean of giants.

Dakar’s main markets are leviathan in size. Sprawling, jumbled centres of organised chaos, they share much in common but also have their specialities and idiosyncrasies, their distinct positives and specific annoyances. 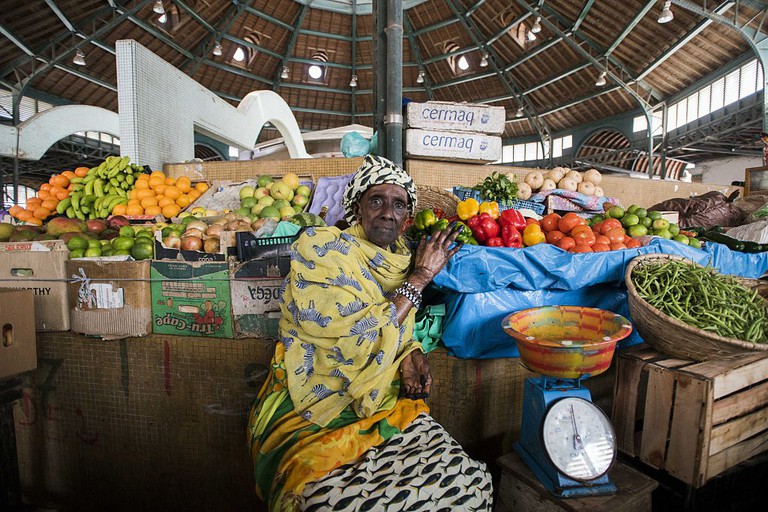 Marché Kermel is worth a visit for the building alone. Housed within a kiln-shaped hall built during colonial times, the market has been a gathering spot for traders to sell their wares to European settlers since 1910. Nowadays, the covered market still provides high-quality, fresh produce to its clientele. Restaurateurs come here for the shellfish and vegetables, while visitors flock to the multi-coloured slopes of stacked fruit and sacks of grains and spices. As downtown markets go, Kermel uses its sheltered location to offer a relaxed, unhurried market experience with friendly vendors. Yet, there’s a reason why restaurants (and not the average resident) buy from Kermel: the quality and experience come with a price. Kermel has used its popularity, central position and picturesque setting to impose a ‘tourist tax’ on the produce on offer. 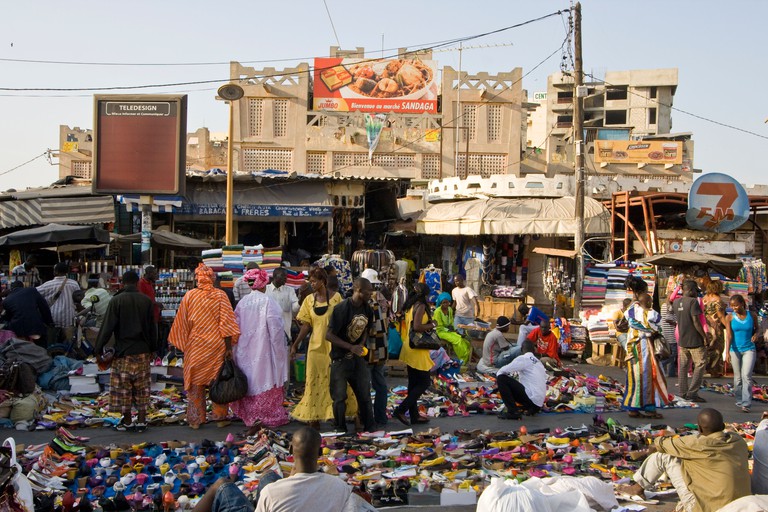 While the market’s original three-floored building remains at its heart – selling an array of fruits, vegetables, meats and spices – today’s Sandaga has been engulfed by the neighbouring streets. Cluttered and congested, the market is a bazaar of boutiques, side streets and stalls offering everything from knock-off designer jeans and flat-screen TVs to beaded necklaces and printed wax fabrics. Less than 200 metres (656 feet) from the Place de L’Indépendance, its central location is undoubtedly the reason for its success but also the reason for its many drawbacks. The ease of access and array of goods make it a go-to for tourists, which in turn has attracted a throng of fake products, high prices, pickpockets and hustlers. Prepare to bargain hard and keep a beady eye, and discover the treasure trove of items to be found – rare books, glass paintings and fine jewellery are sometimes tucked away in higgledy-piggledy buildings – but it’s certainly not for the faint-hearted. 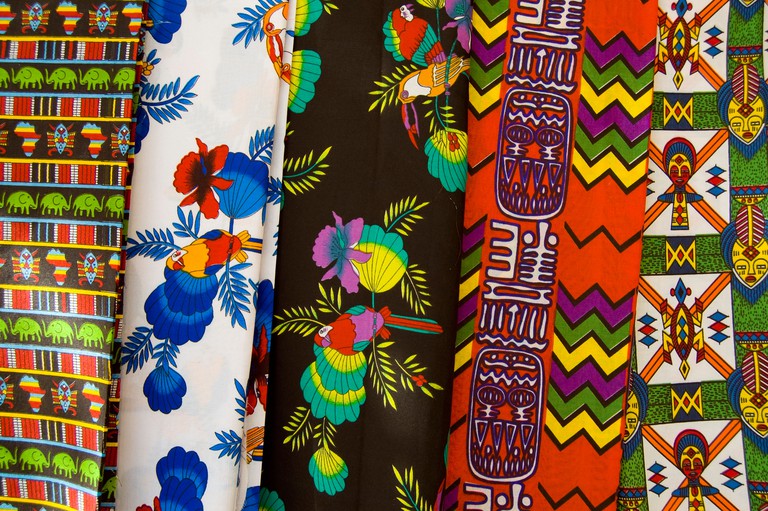 Marché HLM is Dakar’s fabric town – situated in the eastern district of HLM 5 – overflowing with colourful stacks of wax, tissue and cloth. Boutique owners lounge on piled heaps of bazin (hand-dyed polished cotton), while stall merchants sip attaya (tea) while perched on reams of batik-decorated cloth. The dust and dirt of the roads fade in the light of the rainbow-coloured stalls. Away from the main tourist drag, HLM is a real local market where Dakarois come in search of cloth and lace for their dresses and boubous, and wedding and religious festival attire. It is also a supermarket for the city’s dressmakers and tailors who take their customers’ orders into the wholesale fabric markets tucked away from the main streets. Marché HLM is the place to visit if you want some made-to-measure clothes. 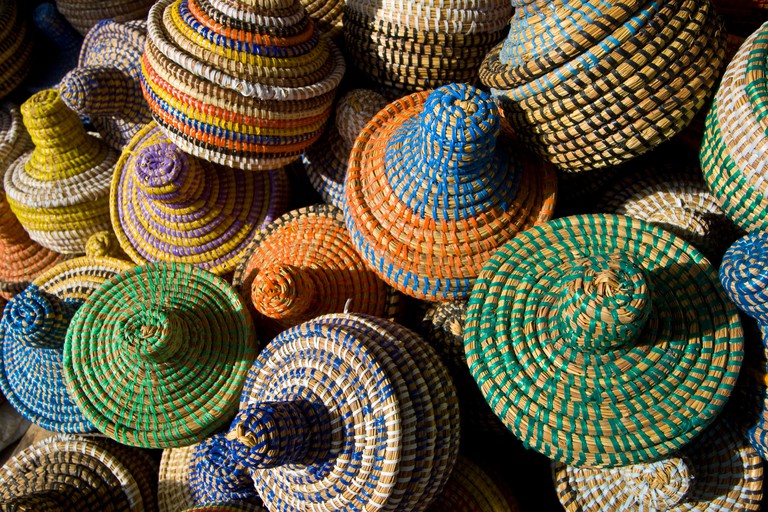 The artisanal market of Soumbédioune is a paradox. In parts, it’s a peaceful assortment of ateliers, while in others, it’s an endless row of tat. Petite and enclosed, with a minute mosque at its core, Soumbédioune gives off a village vibe. At times, it is calm and collected, allowing shoppers to amble through at their pleasure, perusing the goods with a minimum of fuss. At other times, the sellers follow visitors, calling and hawking. The market offers authentic souvenir wares – from small woven baskets to leather book covers – alongside cheaply made fridge magnets and factory-made ‘African’ trousers. For a great experience, it’s best to ignore the stalls near the entrance and head straight into the deeper reaches where you’ll find artisans dyeing leather and carving bowls. They will offer a fair price and be unlikely to bargain. The stalls near the entrance, on the other hand, tend to propose astronomical sums (as a general rule, divide their opening gambit by 10) for lesser-quality goods. However, if you’re feeling savvy, Soumbédioune can be an effective one-stop shop for all of your souvenir needs. 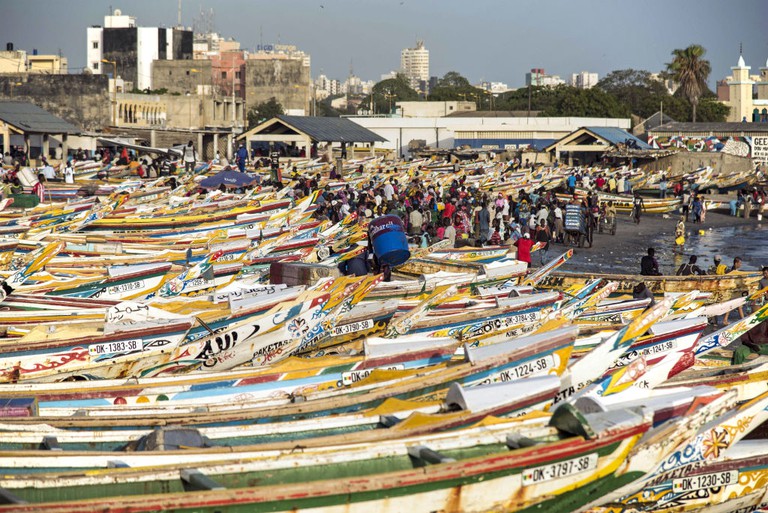 The bay of Soumbédioune is one of Dakar’s main fishing hubs, with the freshest catch sold at the adjacent fish market | © Bloomberg / Getty Images

A stone’s throw away from the artisanal market lies one of Dakar’s busiest fish markets. The crescent bay of Soumbédioune is one of the city’s main fishing hubs, and the adjacent market offers some of the freshest catch around. Each day, the morning squadron of colourful pirogues set out into the Atlantic, and upon their return in the afternoon, mongers and middlemen barter for the catch, which is then sold on various counters, tabletops and stalls in the market. From tuna and sea bream to langoustine and crabs, what’s on offer will depend on the season, conditions and the fishermen’s ability. Don’t expect to see polystyrene crates filled with ice, though; the eyes and nose should be relied upon to determine freshness. 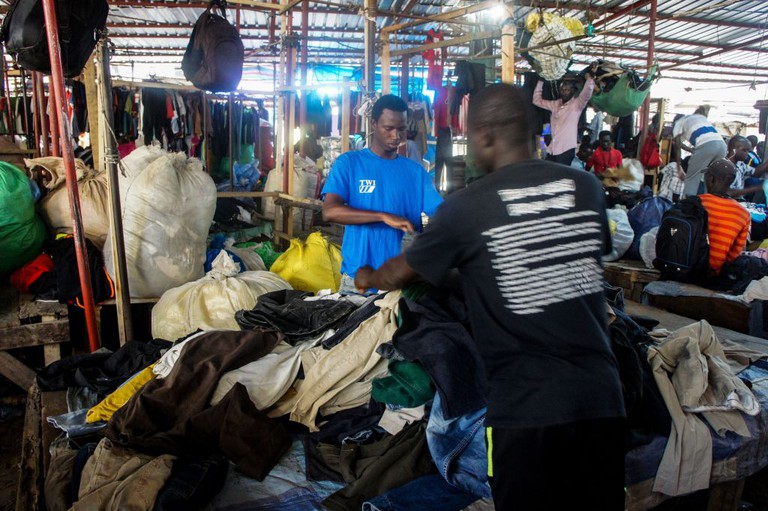 As the saying goes, “If you can’t find it at Colobane, you won’t find it anywhere.” Here, locals will pick up cheap cleaning materials, a pair of trainers, herbal remedies and bumper packs of socks and toothbrushes all within a few steps. However, there is a speciality: second-hand and knock-off clothes, such as Gucci bags and Levi’s. The names of Messi, Neymar and Ronaldo stare back at you from many a homogenous stall, while faux-leather belts and wallets stand shoulder to shoulder with knock-off Ray-Bans and Rolexes. However, at the heart of Colobane lies a ‘warehouse’ full of vintage and second-hard attire, including baseball caps, retro football shirts, overcoats and much more. In effect, it’s like a giant charity shop that has received clothes from around the globe. 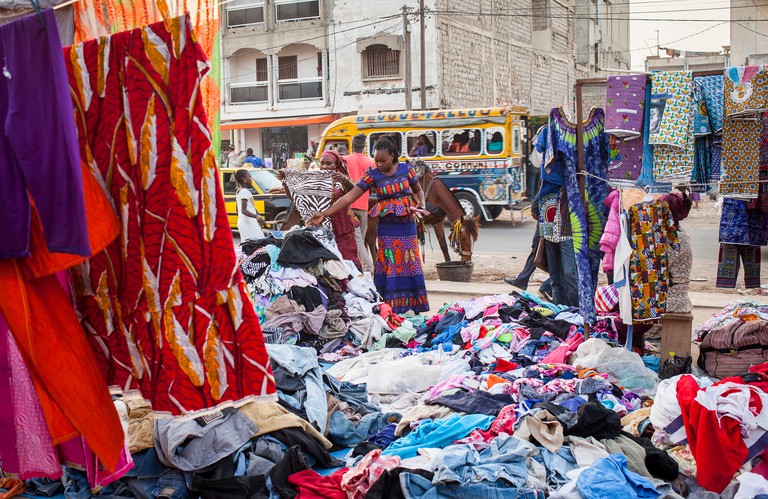 Marché Tilène is found in the heart of Medina, one of Dakar’s busiest and most congested districts. Narrow streets, stacked high with apartments and shops, compound the congestion felt on the road where buses, cars and bikes jockey for position with eclectic stalls and vendors selling everything under the sun – from fresh fruit to kitchenware. Yet, Marché Tilène’s main draw is two-fold. First, it specialises in Senegalese produce, such as hibiscus leaves (for making bissap) and fonio (a super grain from the southeast). Second, it is the market for marabouts – imagine a sorcerer’s supermarket. Blankets laid on the street offer crocodile heads, sheeps bones and dried lizards, alongside baobab branches and gris-gris (amulets to fight off evil spirits). 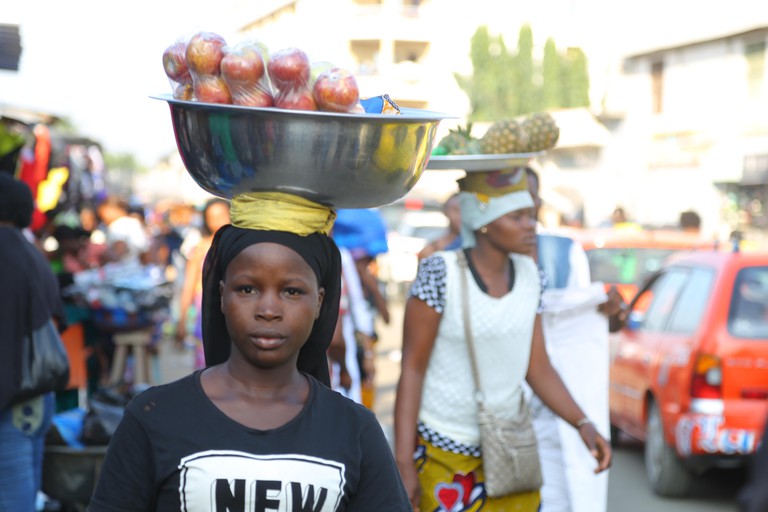 To experience an everyday market without any hassle, head to Ouakam. In theory, it’s more like a high street, stretching down Rue OKM 99 from Avenue Cheikh Anta Diop to Ouakam’s depths, and like any good village high street, it’s home to shops and stalls offering everything that is needed (or not) in everyday village life, including windows, cement, firewood, new and restored electrical goods and live chickens, to name a few. The daily supermarket shop of bread, vegetables, fish and meat can be picked up next to dried herbs, boubous and electrical fans. It’s a community-based market set up to serve the residents – there is no rush, no ‘gimme gimme’ attitudes and no looking over your shoulder to check on your bag. Every Thursday, Ouakam’s gare routière (bus station) also hosts a roving second-hand clothes market – like the hub of Colobane, only smaller.

However, if there was one thing that will attract nefarious activities, it’s tourists in market places, so stay vigilant.

Try not to ask ‘how much’ when buying souvenirs

Have an idea of price in mind and start with that. If you ask how much, chances are their opening gambit will be 10 times what you should be paying (especially in Sandaga’s and Soumbédioune’s artisan markets).

Remember everyone is trying to make a living

If you are happy to pay a certain price for something, then it’s a bargain. Remember that everything you buy is putting food on someone’s table.

The market areas have spread out so much that it’s often hard to find the central ‘market building’ where it all started, but ask around and you should get there.

Use a little Wolof

Knowing some market Wolof can stand you in better stead – if only to put a smile on the vendor’s face.

Stop at the roadside ‘markets’

Along Dakar’s roads, you will notice various vendors plying their trades, especially roadside garden centres and pavement furniture factories. These often offer better quality and prices than the markets, and many are willing to make what you need in a few days.