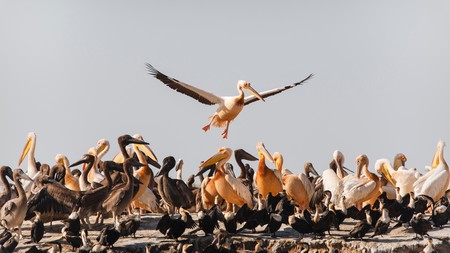 A third of Senegal’s 650 to 700 bird species are winter migrants, like the great white pelican | © Adam Seward / Alamy Stock Photo

Due to its coastal location, unique climate and diverse habitats, Senegal is transformed into a twitcher’s paradise every winter with the arrival of millions of migrant birds.

Intriguing, compelling, mesmerising: African bird migration is one of the world’s greatest long-distance animal movements. Every year, billions of birds head for sub-Saharan Africa’s temperate winter climes along well-established routes called flyways. Extending from both poles and circumnavigating the globe, these bird motorways see a flurry of different shapes and sizes, the birds all travelling at different speeds and taking preferred pit stops along the way.

One of the busiest routes is the East Atlantic Flyway, on which Senegal is one of the major resorts. Offering coastal islands, sleepy estuaries, sprawling wetlands and desert scrub, Senegal’s unique location between the Sahelian and semi-tropical climates provides habitats for all types of winged tourists. 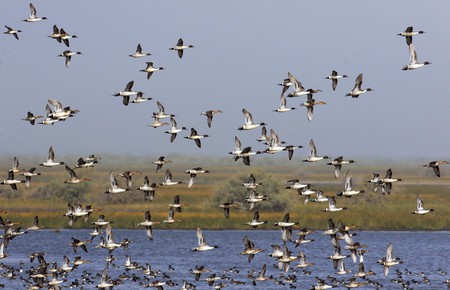 What birds come to Senegal?

Given that one-quarter of all European breeding birds head to sub-Saharan Africa each autumn, it’s no surprise that a third of Senegal’s 650 to 700 bird species are winter migrants. From waders and waterfowl to birds of prey and songbirds, Senegal plays temporary home to a myriad of winged visitors, which share little in common besides their destination.

Spotted redshanks, for example, travel over 10,000 km (6,200 miles) from northern Russia, whereas the pied avocet makes a relatively short hop from Southern Europe. Great white pelicans hulk their 10-kilogram (22-pound) frames to the Senegal River delta alongside aquatic warblers, which weigh a thousand times less. Eurasian spoonbills wade through brackish wetlands hunting for fish as kentish plovers zip along the banks hoovering up insects. Winter in Senegal really is a bird bonanza.

Where do the birds go, and how should you visit?

According to BirdLife International, there are 17 Important Bird Areas (IBAs) in Senegal, accounting for almost 10,000 square miles (approximately 26,000 square kilometres, or just over 13% of the country’s total land area). Of these, 10 are wetland sites, making Senegal an incredibly attractive destination for shorebirds, while an estimated 3 million seabirds – such as terns, shearwaters and gulls – stop off in the protected areas around the Senegal River on their way south towards Guinea. 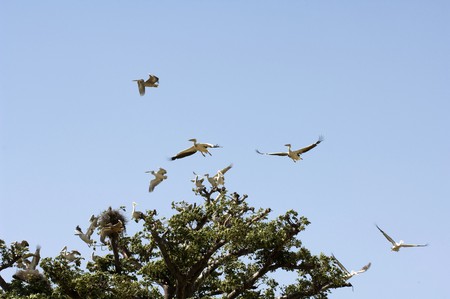 You can’t talk about birds in Senegal without starting with the Djoudj National Bird Sanctuary. A UNESCO World Heritage site, this 16,000-hectare (40,000-acre) mesh of lakes, channels and sandbanks is home to over 365 species of bird (120 are migrants), including purple herons, pink flamingoes, great egrets and the largest white pelican population in the country.

Visiting Djoudj is relatively easy, as it’s just an hour and a half’s drive from Saint-Louis. The old Senegalese capital is also a day trip away from other birdwatching hang-outs like Mauritanian border town Richard Toll and the freshwater Lac de Guiers, while the Atlantic-facing Langue de Barbarie National Park is only 16 kilometres (10 miles) south of the city. 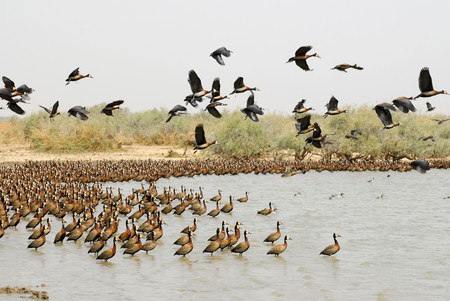 You don’t have to travel far from Dakar to see great winged life in Senegal. Located on a peninsula, the capital itself has a number of islands and wintering spots, including the Technopole wetland north of Pikine. However, the most impressive is the Île de Madeleines national park. Situated three kilometres (two miles) west of Dakar, this rocky 23-hectare island is a haven for shorebirds. Undisturbed by land predators and human development, birds such as brown gannets, bridled terns and red-billed tropic birds can rest and relax in peace. (Humans can visit by taking a boat from near the Soumbédioune fish market, but have to be accompanied by a ranger or guide when on the island.)

Further south, the Saloum Delta is a hive of avian activity, with both permanent and temporary residents jostling for the best fishing and nesting sites. To get front-row seats to the daily spectacle, be sure to stay in a waterside lodge and take a pirogue trip through the backwaters. 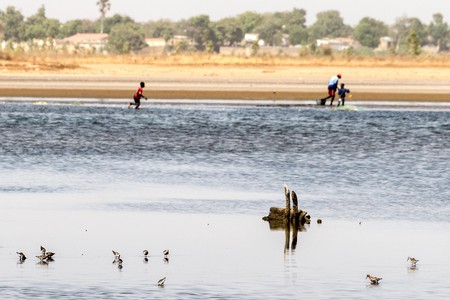 South of the Gambia, Casamance’s semi-tropical climate attracts a different set of winged visitors than the rest of the country. After Djoudj, the Kalissaye Reserve is one of the most important sites for nesting migrants on the West African coast (dolphins and manatees also inhabit its murky waters), while the Basse-Casamance National Park next to the Guinea-Bissau border is the only place in Senegal to see rare species like the yellow-casqued hornbill. Unfortunately, both reserves are temporarily closed to visitors. 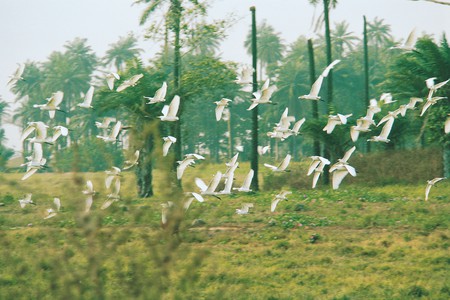 Away from the coast, there are two principal sites. The North and South Ferlo reserves are important stop-over points for Palaearctic birds of prey like harriers and kestrels, which then continue further into the Sahel. Meanwhile, the Niokolo-Koba National Park in the southeast can boast 330 bird species to go along with its abundant terrestrial residents. However, as they are more logistically remote, visiting these sites requires some forward planning and almost certainly your own set of wheels.