11 Top Things to See and Do in Kigali 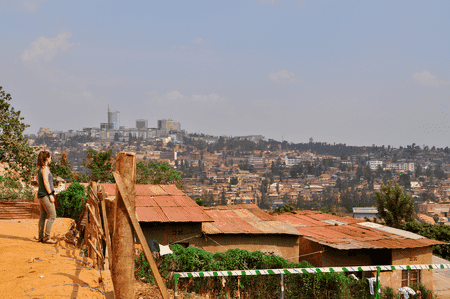 Kigali, while not yet Nairobi, Dar es Salaam, or Kampala, is still slowly becoming an East African capital to reckon with. This vibrant city is no longer sleepy, as restaurants, bars, galleries, and activities abound. Check out this guide for the 11 top things to see and do in Kigali. 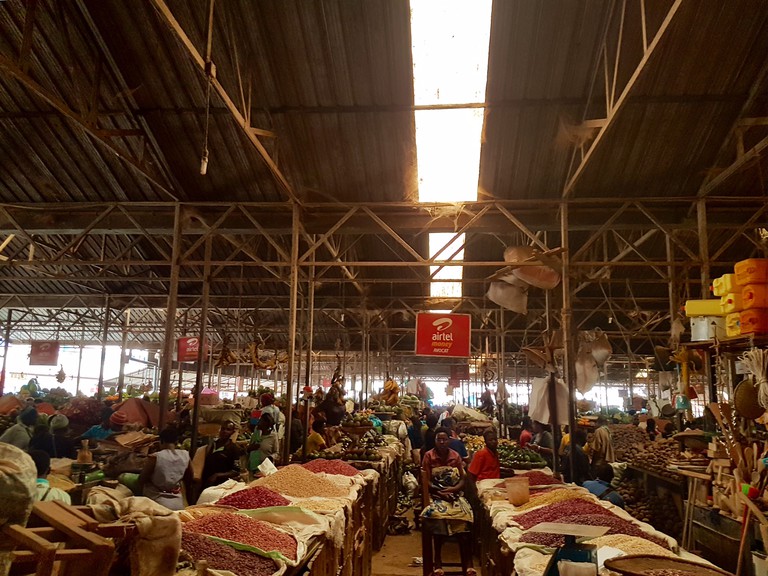 Kimironko market | Courtesy of Annette Swale
Of Kigali’s many markets, Kimironko market is one of the best and the biggest. Second-hand clothing, fruit and vegetables, fish, fabric, and baskets are all sold in this covered complex. Spend some time haggling for avocados before buying gifts for everyone on your list – Agaseke baskets are beautiful, unique to Rwanda, and sold by the dozen at Kimironko.
Open In Google Maps
Kimironko Kigali, Kigali City, Rwanda
Give us feedback 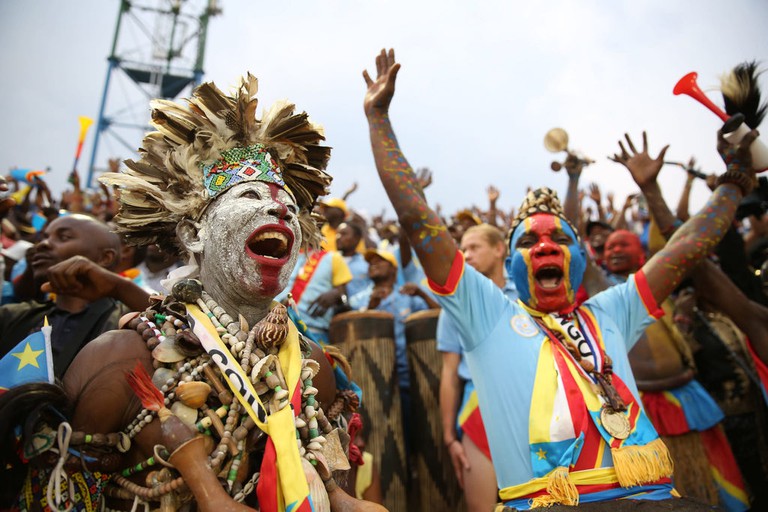 Fans at Amahoro National Stadium
Located in the Remera neighborhood, Amahoro is the largest stadium in Rwanda with a capacity of 30,000. Soccer matches are held there regularly, as Rwandans from all over Kigali come to support their teams. The two most popular teams of Kigali are Police FC and Armée Patriotique Rwandaise FC (called APR), with league champions Rayon Sports FC based in Nyanza, the southern province of Rwanda. Games are a reliably rowdy, loud, and fun affair.
Open In Google Maps
Rukiri II, Remera Kigali, Kigali City, Rwanda
+250787617505
Visit Website
Give us feedback

Cows are incredibly important to Rwandan culture, and symbolize wealth, prosperity, and identity. Cows are still used today to pay a marriage dowry, or bride price. Milk is, as a result, also very important culturally, and small shops dedicated only to milk (called milk bars) are classically Kigali. Milk bars in the Nyamirambo or Kimisagara neighborhoods of Kigali are often the best, and are designated as such with the phrase ‘Amata Meza’ (meaning fresh milk in Kinyarwanda) and a drawing of a cow on the door. 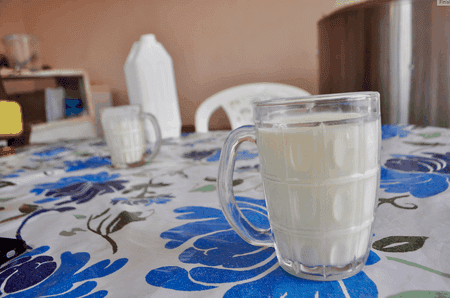 Nyamirambo, Kigali’s Muslim quarter, is one of the city’s most vibrant areas for bars, restaurants, and general merriment. Big fish, otherwise known as a large tilapia grilled with onions and spices, is one of Nyamirambo’s specialties. Grab a friend or two (one big fish can feed several people), and head to Green Corner or Ten to Two Panorama for some of the city’s best. 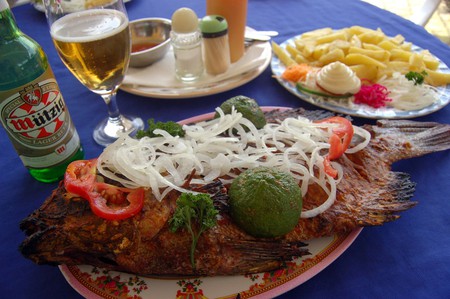 Pay your respects at the genocide Memorial

Rwanda’s 1994 genocide was an undeniably tragic event, and the Kigali Genocide Memorial does an excellent job of commemorating it. A visit to the memorial is unforgettable, as the attached and informative museum teaches visitors about the events before, during, and after the genocide. 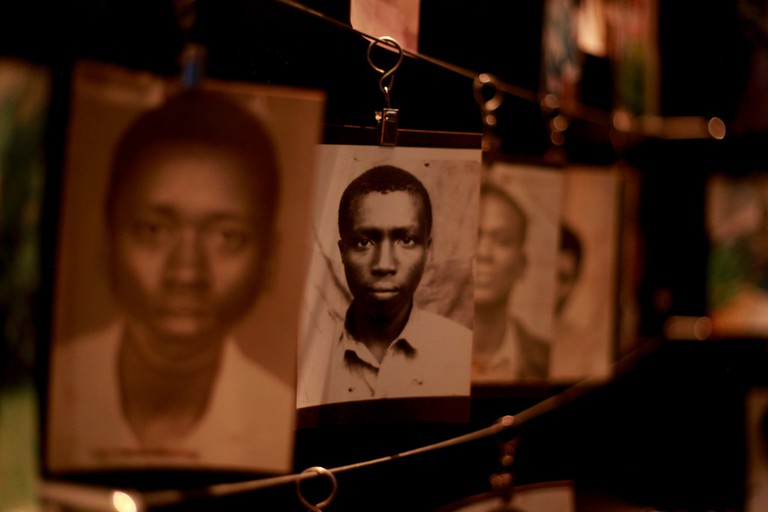 Rwanda produces some of the best coffee in the world. Available everywhere from Costco to Starbucks, trying coffee while in the actual country is an absolute must. Question Coffee, a cafe and roastery linked to Sustainable Harvest (a coffee importing company), makes some of the best cups in the city. Also check out Inzora Rooftop Cafe as another coffee shop option. 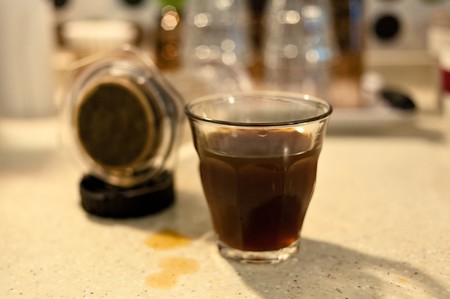 Kigali is a city on the move. New buildings, stores, and even roads are common, and no area in the city demonstrates this fact more than the Kacyiru roundabout near the Kigali Convention Center. The Convention Center, completed in 2016 and one of Kigali’s most interesting (and colorful) buildings is attached to the Radisson Hotel and across the street from the also new Kigali Heights shopping center. Grab some homemade ice cream from Delizia Italiana in Kigali Heights, and walk around the picturesque roundabout. 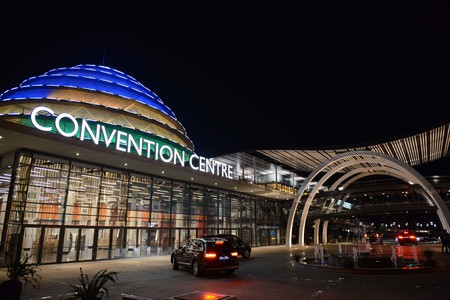 Do a Go Kigali tour

For an in-depth experience of Kigali, look no further than Go Kigali tours. These half or full day tours, led by Rwandan guides, take visitors through five neighborhoods on an action packed day of sightseeing, eating, and learning about the city. The tour visits markets, milk bars, local restaurants, Mt. Kigali, and more in the course of just a few hours, and is a great way to see this beautiful city. 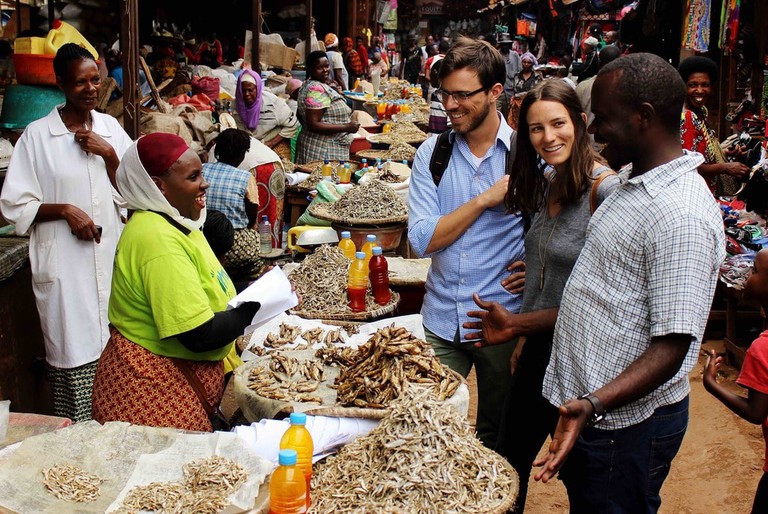 The Presidential Palace, once home to President Habyarimana, is located in Kanombe, a neighborhood near the airport. The remains of the presidential plane are still visible on the grounds, and the crash is credited as the reason for the beginning of the Rwandan genocide. A visit to this museum is an interesting one, and few photographs are allowed to be taken onsite.

Check out the Gaddafi Mosque

One of Rwanda’s most impressive mosques and structures, the Gaddafi Mosque was not actually constructed by Muammar Gaddafi. However, it was named as such for the road that Gaddafi did build that runs parallel to the mosque. The mosque’s official name, though no locals refer to it as such, is the Islamic Cultural Center. Located in the Nyamirambo neighborhood, the mosque also serves as school, clinic, and community center for the surrounding area. 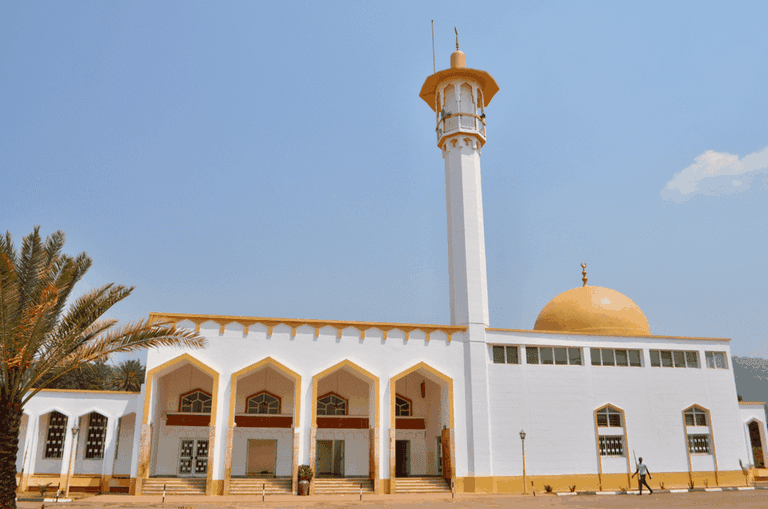 Art Gallery
Facebook
Email
Twitter
Pinterest
Copy link
Share
Map View
Kigali’s art scene is on the rise. Unique and contemporary Rwandan art can be found all over the city, and Inema Arts Center houses some of Kigali’s best and brightest talent. The gallery was founded by brothers Emmanuel Nkuranga and Innocent Nkurunziza, and hosts the work of fourteen different Rwandan artists. In addition to beautiful pieces, happy hours (check them out on Thursday!), yoga classes, and other events can be found in their creative space.
Open In Google Maps
KG 563 Street, Kacyiru Kigali, Kigali City, Rwanda
+250783187646
Visit Website
Give us feedback
Give us feedback