When's the Best Time of Year to Visit Nigeria? 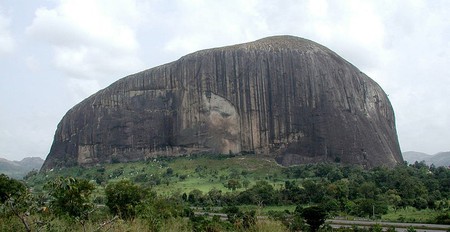 It’s possible to travel to Nigeria for most of the year, and depending on what part of the country you visit, you are bound to find something interesting to do.

Starting in December and ending in February, the Harmattan season is slightly dry and, in northern Nigeria, cold. The dry season runs from October to April and the rainy season takes up the remaining six months. It’s recommended that you avoid travel during the rainy season. 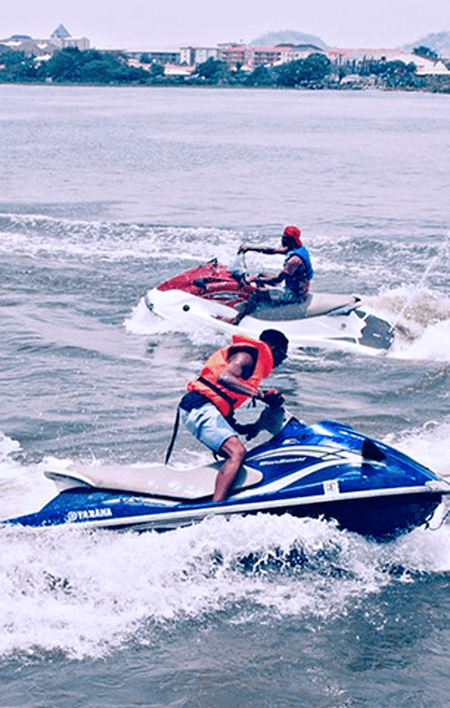 January marks the arrival of the Harmattan (dry) season. The weather is slightly chilly in the early hours of the morning and at night, but during the day it can be hot and and dusty. Visitors should bring a cardigan and wear sunglasses.

If you are visiting Nigeria’s federal capital, Abuja, go to Jabi Lake for a boat ride or go horse riding along the lake. On Saturdays you can join hundreds of other people for a jog. In the city, buy souvenirs at Wuse Market or at the Abuja Arts and Craft Village. Visit Jevinik for a taste of local food including jollof rice, pounded yam, eba and moimoi. Alternatively you could take a short drive to Abacha Barracks for some mouthwatering, well-spiced grilled fish and chips.

Jos Plateau, a state north of central Nigeria, is a great place to visit in February. It’s warm and dry, so while you’re there make sure to visit Sherrie hills, a range of hills and rock formations situated just a few kilometres east of the Jos metropolis. From this vantage point you can look out over the whole city.

The highest peak of the Shere hills stands at just over 1,829 metres (6,000 feet) above sea level. This is the third-highest peak in Nigeria, after Chappal Waddi on the Mambilla Plateau. Once you are there you will find guides to direct you on how best to climb the mountain safely.

This is the peak of the dry season so visitors should wear light clothing and take bottles of water everywhere they go. If you’re visiting Kaduna State in the northwest, take a drive to Lugard Hall, which British colonial administrator Lord Frederick Lugard built and lived in as the first governor general of Nigeria from 1914 to 1919. Lugard Hall is still in use and is where the Kaduna State House of Assembly meets. The Lugard Hall complex is a replica of the Palace of Westminster. 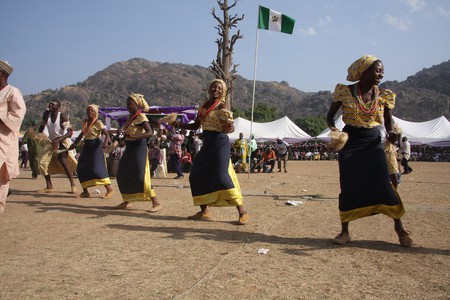 The Tuk-Ham festival takes place every Easter holiday in Kwoi, in the Jaba local government area of Kaduna State. The festival is the celebration of the Ham people, custodians of the famous Nok terracotta heads, which have been radio carbon-dated to the year 900 BC.

Over 30 dance troops perform at the festival alongside a display of several of the Nok terracotta heads and other examples of Ham art. People travel from across the world to attend this festival, which began almost 40 years ago. Kwoi weather is very pleasant throughout the year, and even during the hot season it is only partly cloudy. The best time to travel there is during the dry season, from November to April. 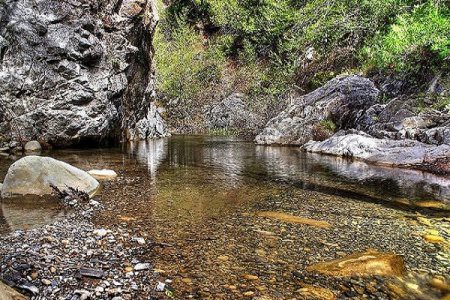 Visitors can swim in the Enemabia warm spring | © Tomande007 / WikiCommons

This month marks the end of the dry season, just before the annual rains start to fall. Visit the Enemabia warm spring at Orakam in Okpokwuma, Benue State, Central Nigeria. Visitors are allowed to swim in the spring, and if you happen to be there in May you can get a taste of the mangoes that are sold across the state – Benue has some of the juiciest mangoes in the country. 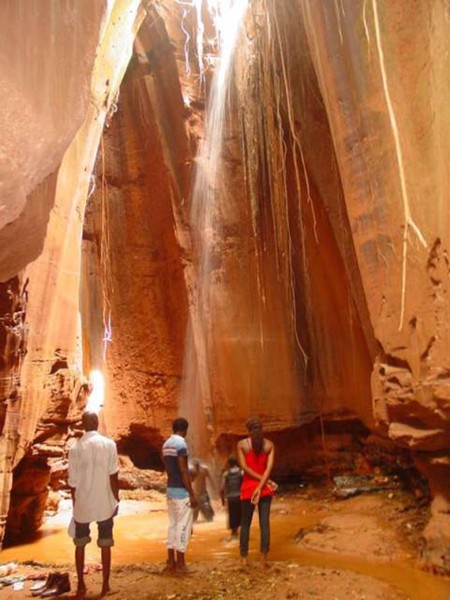 June marks the beginning of the rainy season in Nigeria. If you’re a nature lover, this time of year is a great time to visit the Ohum waterfalls in Udi in Enugu, a state in eastern Nigeria. It is advisable to take bottles of water on this trail, which leads up to a waterfall that many believe has healing powers. Some pilgrimage here to say prayers, or just to be in touch with nature.

In Sokoto State in the north you can visit the Tomb of Usman dan Fodio, the first Sultan of Sokoto. He lived from 1754 to 1817 and was the founder of the Sokoto Caliphate and the leader of the jihad of the Fulani War that lasted from 1804 to 1808. He also wrote over 480 poems in Arabic, Fulfulde and Hausa.

His tomb is said to contain other graves, of many famous figures in the history of the Sokoto Caliphate. Unfortunately, women are not allowed to enter the tomb, but can view it from outside the window. Dan Fodio’s tomb is in a small room decorated with a black cloth. 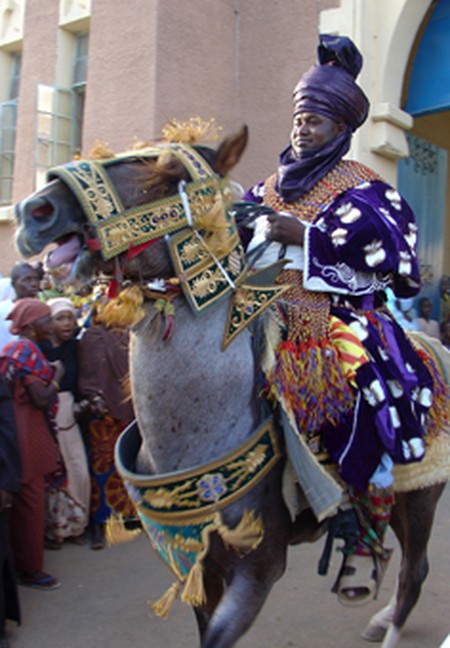 The Durbar is a Muslim ceremony | © Andy Waite / WikiCommons

You can attend the Durbar in Kano State in August. The Durbar is a Muslim ceremony, during which the emir and his subjects ride around the city in all their royal regalia and finery. The Durbar can be seen in other parts of northern Nigeria, including Zaria in Kaduna State and Katsina. On a less festive day visitors can explore the city’s history starting at the ancient Kano city walls, constructed in the 14th century to protect the city and its people from enemy attacks.

September is a great time to see Zuma Rock, the most prominent tourist site in Niger State in central Nigeria. There are several myths surrounding the landmark. For instance, it is believed that the rock used to take on human forms at different times. Other myths, from the people of Suleja the community in which the rock is located, say that that the whole of Abuja and Niger State would flood if the rock were broken. Zuma Rock rises over 600 metres (2,000 feet) above the surrounding ground. 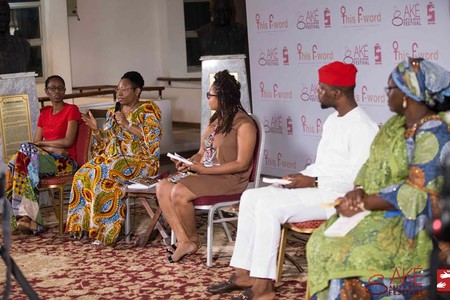 Book lovers will delight in the Ake Book Festival. The event features several panel discussions, art exhibitions and film screenings. The festival is held every October in different locations. In 2018 the festival was held in Lagos, western Nigeria. October is also the best time to visit the beach in Lagos. 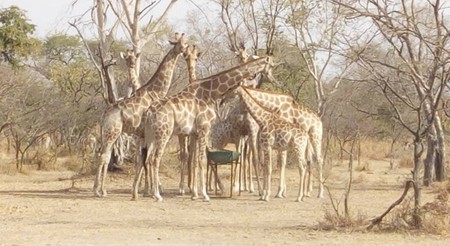 November marks the beginning of the Harmattan season, meaning that days will begin to be get cold. The Yankari Game Reserve in Bauchi State is open all year round, but November is a great time to visit. Created in 1956, the reserve is a large wildlife park that houses several natural warm-water springs. Wildlife is abundant and this is the closest visitors can get to a safari in Nigeria. 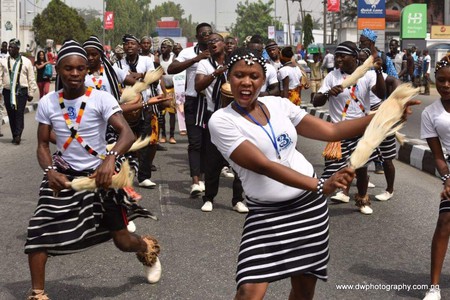 In Calabar in southern Nigeria, the Calabar Carnival is the best place to be in December. It is Africa’s biggest street party, and acts such as Kool & the Gang have performed here. Hotel bookings should be made weeks in advance. If you’re not keen on a noisy carnival, you can visit the Obudu Cattle ranch – aside from its fantastic scenery, the ranch boasts a cable-car ride and a canopy walkway.