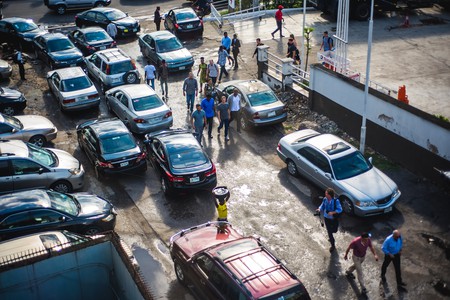 Every country in the world seems to have its own version of California’s Silicon Valley, each with a slightly different variation of the name. London has Silicon Roundabout, Berlin has Silicon Allee, and Israel has Silicon Wadi. In Nigeria, the country’s technology hub can be found in the Yaba district of Lagos. It’s nickname? Yabacon Valley.

The Yaba district is positioned fairly centrally in Lagos, the former capital of Nigeria until it was moved to Abuja in 1991. The area boasts several universities, like the Yaba College of Technology and the University of Lagos, meaning it has a younger and more educated population.

Yaba enjoys many advantages, both geographical and demographic. The district is home to the internationally recognized tech incubator Co-Creation Hub, around which much of the tech community revolves. CC Hub, as it’s referred to in the city, is a place where budding entrepreneurs take ideas to make them a reality. 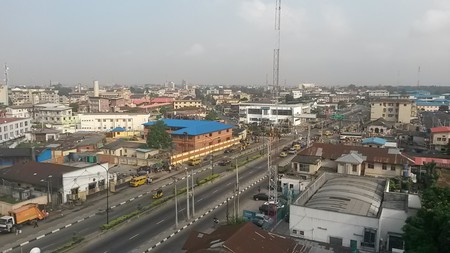 “Yaba is strategic because it’s located conveniently between the Lagos mainland and the Island. Property prices are relatively affordable and it’s got a concentration of higher institutions all in the same place,” Bankole Oluwafemi, the Editor of TechCabal, a Lagos-based technology website tells Culture Trip by email. “The Co-Creation Hub’s founders envisioned Yaba as having the best chance to become Nigeria’s Silicon Valley. Five years later, they’ve been proven right.”

“The tech community in Yaba has grown organically over the past five years, and it’s becoming quite tight knit. The Co-Creation Hub sits at the epicenter, with regular programming and all kinds of meet ups that cater to developers, startup founders, makers, coders, DIY-ers, kids, women in technology, designers, and much more,” Oluwafemi adds.

Yaba is also home to Andela, a company providing Africa-based developers to boost the tech teams of large companies all over the world. Fiyinfoluwa Adebayo works for Andela from the Yaba office. He told Culture Trip via Skype how the company had given him the means to continue his passion in computers, and lets him learn his trade while being paid for jobs at huge technology companies. 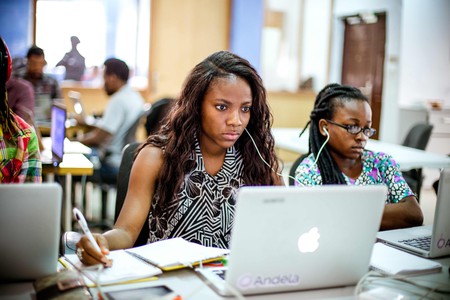 Fadekemi Ogunwa, one of the admitted ladies from the first All Female Boot Camp, works on a project during her training period. | Courtesy Andela.

The oil and gas industry in Nigeria accounts for around 35 percent of the economy. But those within Yaba are trying to change that, as tech takes on a more important role. Adebayo says technology is becoming an increasingly popular, and lucrative, career. “We know people working in oil firms as the big boys in coats: they are flashy and have money. But in the past few years we’ve seen developers come up in the ecosystem.”

This development of the tech industry has all come despite the Nigerian government’s efforts to move the country’s economy away from oil, according to Oluwafemi. “Make no mistake, Nigeria’s economy is far from diversified, and will take a while to diversify. And for that to happen, the people who make economic policy actually need to know what they are doing. So far, their activity, when it comes to technology, is cringe-inducing. All of the technology’s contribution to the economy has happened largely in spite of ham-handed government policy.”

Tech is certainly making an impact, and by numerous accounts now makes up close to 11 percent of the country’s gross domestic product.

In August, Yaba received a visit from tech royalty when Facebook founder Mark Zuckerberg took a trip to Lagos. Zuckerberg stopped at CCHub and the offices of Andela, a company he has invested in.

“This is my first trip to sub-Saharan Africa. I’ll be meeting with developers and entrepreneurs, and learning about the startup ecosystem in Nigeria. The energy here is amazing and I’m excited to learn as much as I can,” Zuckerberg said on the first day of his trip. 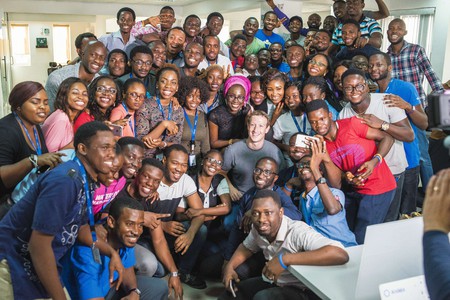 For the tech community in Yaba, Zuckerberg’s arrival was a boost. “Mark Zuckerberg coming to Yaba and Andela showed the world that there is something they are missing, and they need to take notice,” says Adebayo. “It’s a source of encouragement and inspiration.”

Adebayo wants it clear that Nigerian technology is on the rise, and the country is starting to shake off old, unwanted labels. “It’s said around the world, if you work with computers and you’re in Nigeria, you must be a hacker,” he says. “That’s changing now. The world should be watching.”