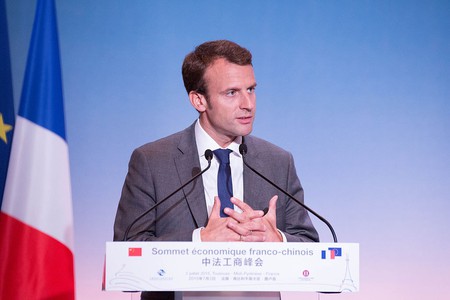 In July 2018, France’s President Emmanuel Macron set out on a monumental two-day state visit to Nigeria visiting venues across Abuja and Lagos. Here’s everything you need to know.

President Emmanuel Macron made his first presidential visit to Nigeria after concluding attendance at the 31st African Union Summit in Nouakchott, Mauritania, which took place from from June 25 to July 2, 2018. His visit was reported by the Nigerian Minister of Foreign Affairs to help improve ties and trade relations between the two nations, as well as across English-speaking Africa. However, his visit wasn’t only policy driven, as he also travelled to Lagos, the country’s arts and cultural hub to attend several events and talks about culture.

President Emmanuel Macron is no newbie to Nigeria though. He first visited Nigeria at 23 years old when he worked as an intern at the French Embassy in 2002. Macron revealed in a tweet that he held fond memories from his six-month internship of visiting the New Afrika Shrine, one of Lagos’s most important cultural nightlife venues.

This is African energy. The one I discovered here in Lagos when I was 23. The one I am glad to see is still thriving several years later. The one I hope many Europeans will get to know. The one that is far from the African prejudice of misery. pic.twitter.com/HqFxmJn0c1

Macron’s closed-door meeting with the Nigerian President, Muhammadu Buhari was to have discussions on investment, security, trade and cultural ties. 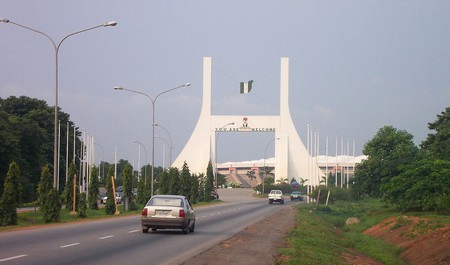 The Tony Elumelu Foundation is a non-profit organisation founded in 2010 by entrepreneur and philanthropist Tony Elumelu. With its base in Lagos, the foundation runs programmes that empower and champion entrepreneurs to contribute meaningfully to Africa’s economic and social development.

During Macron’s visit to Lagos, he gave an interactive talk at the foundation hosted by Tony Elumelu. The talk was attended by 2000 TEF alumni entrepreneurs and was a chance for the attending entrepreneurs to engage Macron on his experiences, especially being one of the youngest heads of state in recent times. By the end of the event, Macron had announced a signed development, finance and entrepreneurship agreement with TEF worth €1 billion, aimed at building on the achievements that TEF has established already in Africa.

Meetings for culture and experience 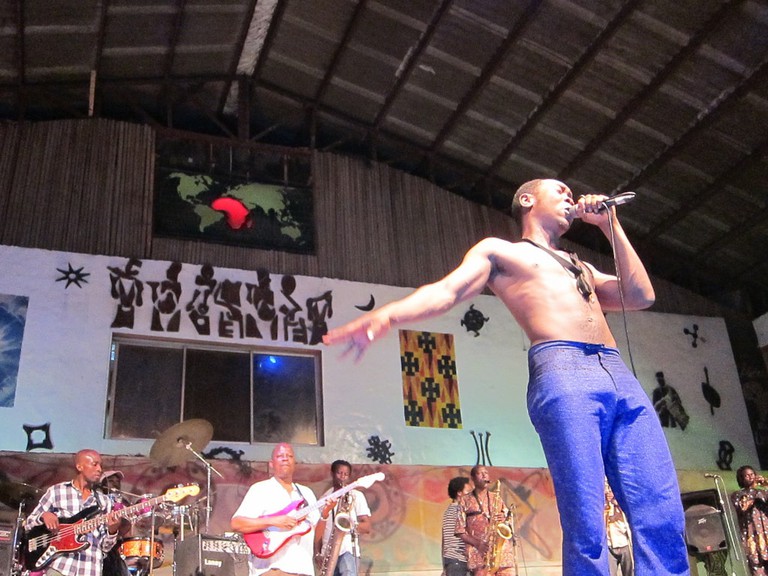 During President Macron’s visit, he stopped over in Lagos to visit the New Afrika Shrine, an iconic nightclub founded by the legendary afrobeat king Fela Anikulapo Kuti, which is now run by his children Femi, Seun and Yeni Anikulapo-Kuti. The shrine is known for its high life beats, scantily clad female dancers gyrating to the sound of the music, alcohol and general hedonistic behaviour.The event at the New Afrika Shrine included several cultural showcases such as a performance by Femi Kuti, a small stage play by Nollywood actors and a live drawing where 11 year-old artist Kareem Waris Olamilekan drew a portrait of Macron in two hours, much to the president’s delight. By the end of the night, President Macron had announced the launch of the Season of African Cultural Season, scheduled to hold in France in 2020. He stated that it will be a series of events about African culture for African artists, by African artists, and with African leaders and business communities in France.

Remember to book a copy of The Guardian on Sunday for our Guardian Kid Entrepreneurs special on Kareem Waris Olamilekan popularly known as ‘Waspa Art’, an 11-year-old artiste who started his craft at the age of 6, and recently presented the French President Macron with an artistic gift, when the France Leader visited Nigeria. Cc: @kidentrepreneurs @bowale_agboade #KareemWarisOlamilekan #Artiste #GuardianKidEntrepreneurs #Kidentrepreneurs #GuardianKids #Entrepreneur #Business #ProudlyNigerian #TheGuardianNG

During Macron’s visit in Lagos, he inaugurated the new Alliance Française in Ikoyi, Lagos, a non-profit cultural centre that has been approved by the Alliance Française of Paris to train and educate Nigerians in French language and culture. The new headquarters constitutes a world class art gallery, a French restaurant with daily fresh bakery, a state-of-the-art cinema, artists’ studios, an outdoor amphitheatre, a library and e-library, nine fully equipped French language classrooms, translation and interpretation service, Campus France branch, offices and much more.

The inauguration was also attended by Denys Gauer the French Ambassador to Nigeria, top government officials, members of the diplomatic community, captains of industry and cultural ambassadors, among others.

During the ceremony, President Macron also bestowed Mike Adenuga the business mogul who financed the new Alliance Française, with the French National Honor of Commander of French Legion for his “remarkable contribution to the development of the French-Nigerian relations, his appreciation of the French culture and also for the advancement and betterment of humanity.”

The Lycée Français Louis Pasteur is an international primary and secondary French school in Victoria Island, Lagos. This French high school was one of the stops on president Macron’s itinerary during his visit in Nigeria. He met with the school’s staff, as well as took selfies with the students and even joined a basketball training with the young players from the school and former pro basketball players from NBA Africa.

He is quoted as saying “Investing in sports, especially in Africa, is the best way to a better life for young people.”