Spiritual and homosexual, the photographs of Rotimi Fani-Kayode have allowed us to re-evaluate what constitutes black African male sexuality. The Nigerian-born photographer was one of the few 20th century artists to explore this theme, and the Iziko South African National Gallery, in partnership with Autograph ABP, has recently celebrated achievements with a retrospective 25 years after Fani-Kayode’s death. 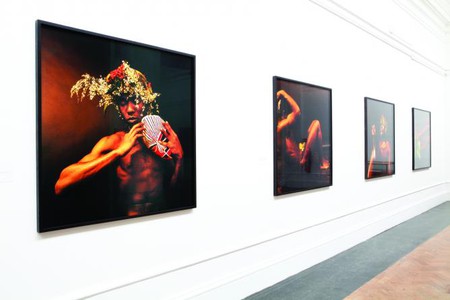 Traces of Ecstasy, the recent groundbreaking exhibition at the Iziko South African National Gallery, displayed some of Rotimi Fani-Kayode’s most iconic images. Masterful color photographs, and black and white photographs, were shown alongside archive pieces, such as Polaroids and contact sheets. Marking the 25th anniversary of the artist’s death, Traces of Ecstasy was the first retrospective of Fani-Kayode’s photographs in an African museum. This was significant because his work explored homosexuality, something that is still illegal in many African countries. The exhibition was also timely considering recent anti-gay legislation from the Nigerian government, containing some of the world’s harshest laws.

Exhibitions such as Traces of Ecstasy demonstrate that the photography of Rotimi Fani-Kayode is as relevant today as when it was produced in the 1980s. The issues highlighted by the artist, concerning sexuality, race, culture and religion, are still politically contentious. As recently as January 2014, the Nigerian government introduced anti-gay laws designed to win votes from those with very conservative views. They allow 14 years’ imprisonment, or death by stoning (the latter under Shari’a law) for those accused of same-sex sexual activity. Furthermore, prison sentences of up to 10 years are suggested for those participating in gay clubs or organizations, and for same-sex displays of affection in public. 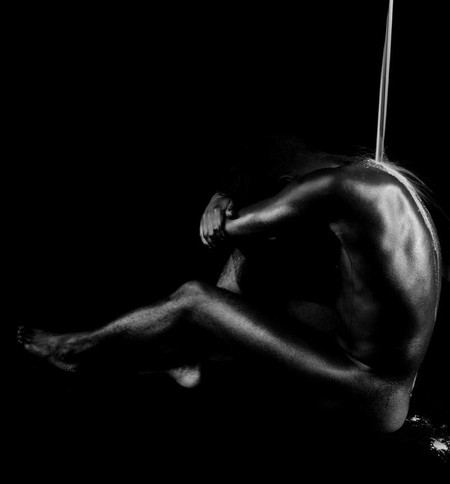 Born in 1955 in Lagos, Fani-Kayode moved to Brighton at the age of 12 to escape the Biafran War. He attended several private schools in England before studying Fine Arts and Economics at Georgetown University in Washington DC. Moving to different countries at a young age meant that Fani-Kayode experienced the feeling of never fully belonging. Later in his life he would also have to contend with the outsider status attributed to him as a gay black artist. This is what led him to state:

‘…It is photography, therefore – Black, African, homosexual photography – which I must use not just as an instrument, but as a weapon if I am to resist attacks on my integrity and, indeed, my existence on my own terms.’ (From the essay Traces of Ecstasy, published by TEN.8 photography magazine, no. 28: Rage & Desire, 1988)

Fani-Kayode gained his M.F.A in Fine Arts and Photography at New York’s Pratt Institute. While living in the city he met Robert Mapplethorpe and was influenced by his work. Fani-Kayode may have been inspired by the photography of Mapplethorpe that shed a light on Manhattan’s sexual subcultures, such as the underground S&M scene. Moreover, Fani-Kayode’s work would later echo Mapplethorpe’s stylized nude portraits, both sharing an appreciation of the beauty of the human body. It was the black male body in particular that Fani-Kayode would go on to famously represent. Crucially, he recognized that desire between Black African men had rarely been portrayed in the history of photography. Furthermore, Western photographers had demonstrated sexual desire for the Black male body, but very few had presented the subject as more than a mere sexual object. Fani-Kayode sought to reclaim this imagery as the creator, not just the passive subject, of the photography. He also added personality to his portraits, expressing spirituality and emotion as well as straightforward sexual desire. 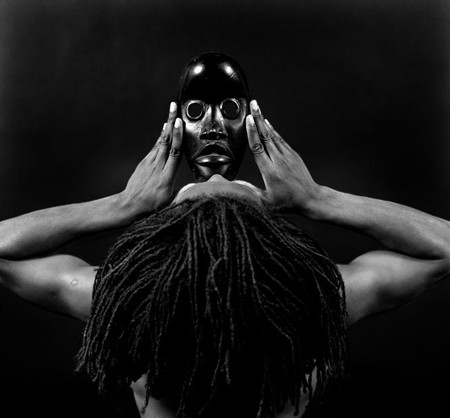 Much of the spirituality addressed in the work of Fani-Kayode is derived from his Yoruba heritage. His prominent Nigerian family were Chiefs and keepers of the Shrine of Ifá. The Oracle Ifá is considered a wise and powerful divinity in the Yoruba cosmology. Fani-Kayode was disappointed that the Yoruba language and culture was not considered important in his early education. Instead his primary education in Nigeria was taught in English at Christian schools. Through his art he therefore sought to express his Yoruba heritage and identity. He explored imagination and the unconscious by creating images that distorted reality. Fani-Kayode was inspired by the Yoruba priests’ ‘technique of ecstasy,’ which was a form of mind alteration to allow communication with the Gods. His work also featured Dan masks, traditionally used as a means of communication with the spiritual world. Writing in 1988, Fani-Kayode said:

‘ … I see parallels now between my own work and that of the Osogbo artists in Yorubaland who themselves have resisted the cultural subversions of neo colonialism and who celebrate the rich, secret world of our ancestors.’ (Traces of Ecstasy, TEN.8, no. 28: Rage & Desire, 1988) 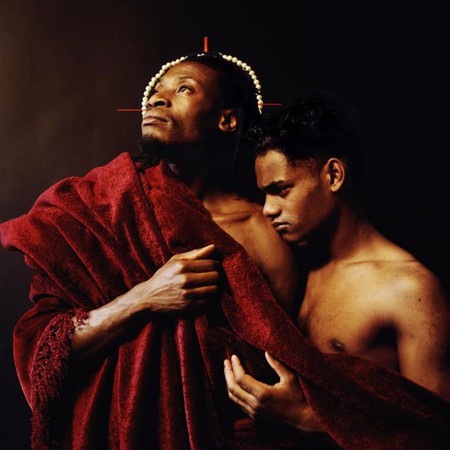 The photographer was also interested in Christian religious symbolism, often mimicking Western art traditions to examine the ideas that they conveyed. Posing as a Christ-like figure in the work Every Moment Counts (1989), Fani-Kayode used this symbolism to represent suffering and hope.

Living in Britain and the USA during the 1970s and 1980s, Fani-Kayode would have encountered racism and homophobia firsthand. As the artist’s career developed his photography allowed him to openly confront such prejudice. He also became an active member of groups that supported racial and sexual minorities. He was involved in London’s Black Audio Film Collective (BAFC) which produced critically acclaimed slide-tape texts, films and videos. The BAFC disbanded in 1998, but continued to influence contemporary practice. Most famously, Fani-Kayode co-founded, and was the first Chair of the Association of Black Photographers, called Autograph ABP. When launched in 1988, the ABP represented a landmark in the history of photography, advocating the inclusion of marginalized groups. Today the charity preserves the work of Fani-Kayode, and partner Alex Hirst, for future generations to see.

Sadly the career of Fani-Kayode was cut-short by his death in December 1989; while recovering from an AIDS-related illness, he suffered a lethal heart attack. The art world was hit by another tragedy when his partner and collaborator Alex Hirst died in 1992. Looking back at the photographs from 1989, it is clear that sadness and the fear of loss played a significant role in their creation. It is this stark honesty that is the most endearing legacy of Fani-Kayode’s photography. Yet despite such short careers, the works of both Hirst and Fani-Kayode continue to be shown in exhibitions and retrospectives globally. The originality, technical accomplishment and topicality of the photographs also remain an inspiration to artists today.