Tuface Idibia began his career with international recognition for a 2006 hit, ‘African Queen’, pouring self-belief into the ears of women donning full Ankara clothing and Nigerian-style Geles, explaining how their beauty lights up his world. Since then, Nigeria’s pop darling has created hit after hit, receiving 40 local and international awards. Here are five interesting facts to about the singer, songwriter and producer. 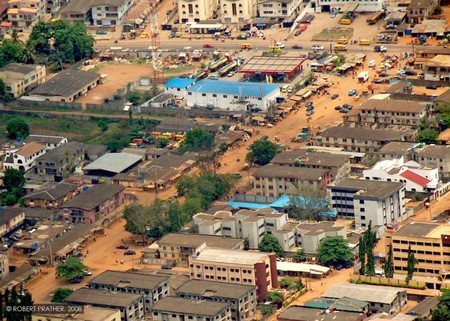 An aerial view of the City of Lagos, Nigeria | © Robert/Flickr

He Goes by Many Names

Called ‘The King of Nigerian R&B’, Indibia goes by 2face, Tuface, 2Baba and Tubaba. He is considered Africa’s most bankable artist and is the only non-Liberian to land in the Liberian music society for his contributions to African music. Born Innocent Ugah Idibia, 2face juxtaposes business and personal life. ‘Tuface for me is me as the ordinary guy and me as the artist’, Indibia explained in an interview with Lola Ogunnaiko for BET International’s interview series ‘Welcome to America’. He wanted listeners and fans to resist judging a book by its cover, believing himself to be multifaceted. 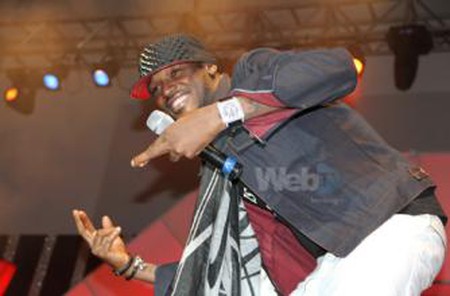 Tuface releases albums like clockwork. Starting with his 2004 debut ‘Face 2 Face’, Idibia released ‘Grass 2 Grace’ in 2006, ‘The Unstoppable’ in 2010, ‘The Unstoppable International Edition’ in 2012, ‘Away & Beyond’ in 2012 and ‘The Ascension’ in 2014. The latter, his 6th studio album, was the highest selling album in iTunes Nigeria for weeks. Idibia debuted ‘Face 2 Face 10.0’ during a release party in early January, featuring re-mastered classics from his 2004 Face2Face album alongside some new tracks. While old hits such as ‘How E Go Be’ featuring Stanley Enow still have that thumping bass, new hit ‘Dance Go (Eau De Vie)’ featuring Wizkid is a smooth track anticipated to rock clubs in 2015. A conscious new track ‘Ghetto Life’, delves into political corruption, lack of self-motivation and literal and mental prisons. It features Rocksteady and Blackface.

He is in Movies

International notoriety came to Tuface when his hit ‘African Queen’ was featured in 2006 FOX Searchlight comedy Phat Girlz starring American comedienne Mo’Nique. He was the first Nigerian artist to have a song featured in an internationally released movie. In the film, Mo’Nique plays a plus-size aspiring fashion designer who eventually falls in love with a Nigerian doctor who appreciates and loves her body.

He is Married to his Childhood Sweetheart

In a triangle love story, Idibia has seven children with three different women. He met his current wife, Nollywood actress Annie Macaulay, at Even Ezra Music Studio when they were both teens and she even appears in the ‘African Queen’ music video. From friendship to breakups and makeups, Tuface and Annie dated for over a decade. After a series of painful breakups stemming from infidelity, Annie and Tuface eventually reunited. On Valentine’s Day, Tuface surprised Annie with a proposal. The couple were not dating at this point, but Tuface had sought her forgiveness and friendship weeks prior. He took her to a quiet corner of Jay Jay Okocha’s Club 10 in Victoria Island, Lagos and popped the question. The pair married in a 2012 private ceremony in Lagos. In March 2013, they had a traditional ceremony in Eket, Akwa-Ibom State Nigeria and a destination ceremony in Dubai.

He is an ambassador, appointed by the Nigerian National Agency for Food and Drug Administration and Control and released a song called ‘Man Unkind’- a social commentary on poor food and drug standards in Nigeria. In 2014, after losing his father to prostate cancer, Tuface became a voice in Nigeria’s prostate cancer prevention campaign kicking off an awareness month in September. He partnered with CECP-Nigeria (Committee Encouraging Corporate Philanthropy) to further increase awareness with plans to launch Mobile Cancer Centers (MCC) to promote holistic health to rural communities. The singer launched Tuface Idibia Reach-Out Foundation in 2009 with a pledge to promote nonviolence, young peace-builders and development. In the same vein of peace, the National Youth Council of Nigeria awarded the International Youth Ambassador Idibia for Peace and the Nigeria Youth Merit Award. ‘We are tired of bloodshed, tired of losing our friends, tired of living in fear and tension,’ he said in a statement on the foundation website. ‘We give ourselves to restoring love, harmony and preservation of Nigeria’s future so we choose to build peace in our country’.