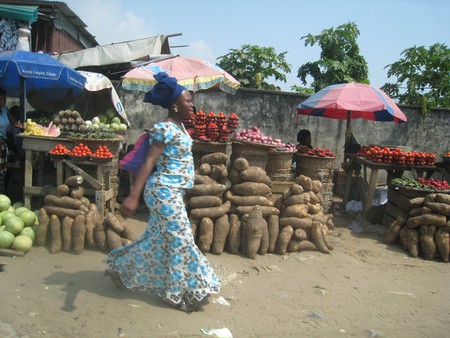 As the most populous city in Nigeria, Lagos is one of Africa’s most eclectic mega-cities and the country’s definitive city of culture, thanks to its art, music and culinary scene. Here are 10 places to get a taste of Lagos. 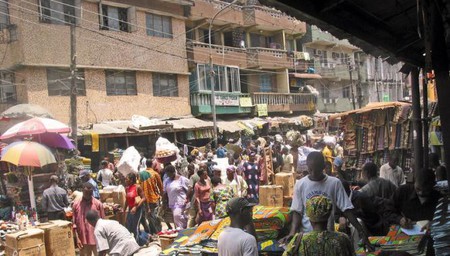 Celebrating Lagos’ European culinary influences is Villa Medici. This restaurant has been developing its reputation and status in Lagos for the last 15 years and, as a result, has become a favorite among locals. The menu has a French influence, with frogs’ legs and escargots a la bourguignonne among the highlights of les hors d’oeurve. These continental dishes are perfectly accompanied by an extensive drinks menu of wines and cocktails. There are also al fresco and private dining options for a memorable Lagos dining experience.

Metisse Restaurant, Lagos | Courtesy of Metisse
Métisse brings a fusion of Asian flavors to Lagos as the first and only pan-Asian restaurant in the city. It is situated on the second floor of the AIM Plaza, between its sibling restaurants Café Royal and Chocolat Royal. With its sea-themed décor and exotic food and cocktail menu, Métisse achieves its aim of blending the tastes of Asia with the seascapes of Lagos. Chilli prawn and Mongolian beef are menu highlights and there is often live music to accompany them.
Open In Google Maps
Etim Inyang Crescent, Victoria Island, Lagos, Lagos, Nigeria
+23412714155
Visit Facebook page
Give us feedback

Lagos’ premier arts, education and food centre, Terra Kulture has been a leading promoter of Nigerian culture since 2004. The food court at Terra Kulture celebrates the very best of Nigerian cuisine, offering an ample choice of locally grown and traditional gastronomic delights, such as the ofada rice, catfish and boiled yam or plantain. Not only is the food quintessentially Nigerian, but so is the food court’s décor of hand-crafted wooden furniture, and even the waiter’s uniforms. When visitors have finished dining, they can view the rich Nigerian art on display in the adjoining gallery space by travelling across the bridge located in the restaurant.

Away from the hustle and bustle of Lagos is an oasis of calm called The Jazzhole. A trinity of culture, The Jazzhole is an iconic record shop, a renowned bookshop, and a café. The café offers nearly forty varieties of tea in individual tin teapots and complements them with freshly made sandwiches and cakes. The Jazzhole invites visitors to sit back, relax and escape chaotic city life, often with the help of live jazz and soul performances.

Offering traditional African dishes with a contemporary twist is one of Lagos’ newest restaurants, The Yellow Chilli. For those feeling adventurous, The Yellow Chilli’s menu offers exciting options such as Isi-Ewu, which is goats head pieces drizzled with a spicy palm oil broth, and a yam pottage special with beef and snail. There are also continental plates available, resulting in a diverse menu that fuses the very best of local and international gastronomy. With two bars, a large dining area, a smaller private room and a terrace, The Yellow Chilli caters for any Lagos visitor’s gastronomic needs. 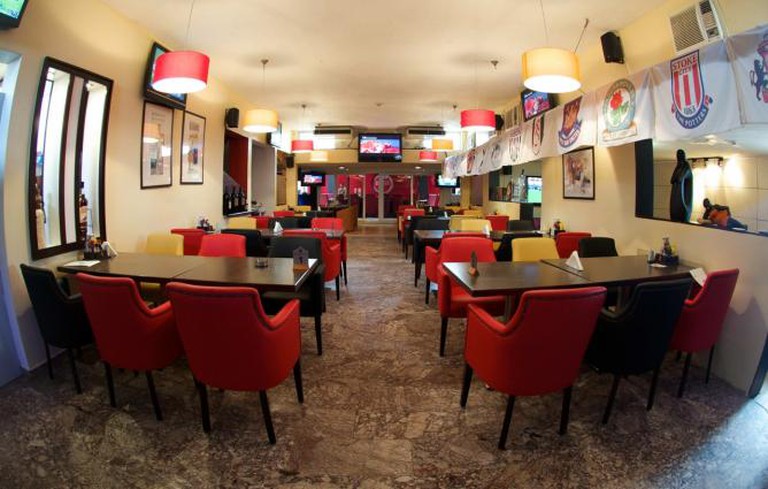 Bungalow's, Lagos | Courtesy of Bungalow Restaurant
Since 2004, Bungalow Restaurant has been bringing the best of global gastronomy to Lagos, from pizzas to burgers to crepes and fajitas. There is also live jazz music every Thursday, which contributes to the restaurant’s lively atmosphere. The restaurant has a modern twist too, as food is ordered from iPads located at the table.
Open In Google Maps
1296 Akin Adesola Street, Victoria Island, Lagos, Lagos, Nigeria
+2348033049104
Visit Website
Give us feedback 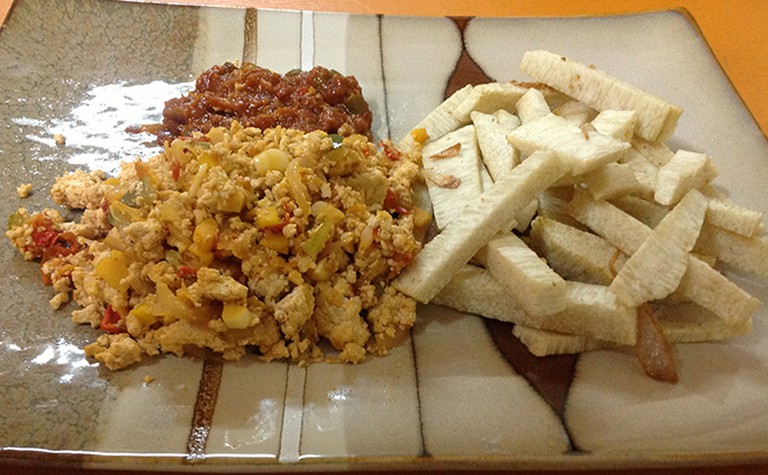 Veggie Victory, Lagos | Courtesy of Veggie VictoryVeggie Victory
Veggie Victory is one of Lagos’ first vegan and vegetarian restaurants, with authentic Nigerian food and flavors at the heart of their ethos. The chefs at Veggie Victory reveal their innovation through their culinary creations, using tofu and wheat protein to produce meatless versions of traditional Nigerian and North African dishes, such as suya and shawarma. The restaurant promotes healthy eating, with no soft drinks featured on the menu, replaced by ‘smoochies’, which are a blend of seasonal fruits.
Open In Google Maps
29a Ikorodu Crescent, Dolphin Estate, Lagos, Lagos, 101222, Nigeria
+2348089750576
Visit Website
Give us feedback

Restaurant, Mexican, $$$
Facebook
Email
Twitter
Pinterest
Copy link
Share
Map View
For a taste of Mexico in Lagos, Bottle’s Restaurant tops every list. Renowned for their fajitas and frozen margaritas, Bottle’s Restaurant also brings the lively and homely atmosphere of Mexico to Lagos. The restaurant got its name from the various bottles decorating the premises, which were gathered from the delta, having been thrown in by sailors and traders through the centuries. Together with live music and the restaurant’s colourful interior design, Bottle’s Restaurant achieves its aim of a Mexican home away from home.
Open In Google Maps
8 Imam Agusto Close, Victoria Island, Lagos, Lagos, Nigeria
+2349090001169
Visit Website
Visit Facebook page
Give us feedback

Rodizzio is not only a restaurant, but it also promotes itself as a bar, café and events centre. Inspired by the culture and cuisines of Brazil, Europe, and Nigeria, Rodizzio offers an array of barbequed meats and grilled seafood, flavored in the local Naija style. Rodizzio also prides itself on its extensive cocktail menu, with a drink to suit any mood. While visitors dig into their food, they can also enjoy live comedy and music. The restaurant states it has a few house rules, one of which is that knives and forks are optional.