How Nigeria is Preseving the Legacy of Its Slave Ports 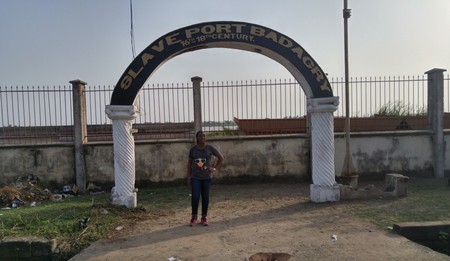 Nigeria today is considered the “Giant of Africa”, a melting pot of various tribes and ethnicities now bound by a national tie post-colonialism.

However, before this, the area was made up of three major tribes; the Yorubas in the south-west, the Igbos in the south-east and the Hausa & Fulanis in the northernmost part of the country—and another kingdom of note at the time was the Benin Kingdom. These were tribes that were sometimes in discord with one another and fighting among themselves, which usually ended up in raids, the capture of slaves from war and/or the expansion of one kingdom from another. Here we explore the legacy of Nigeria’s involvement in the transatlantic slave trade and the monuments that commemorate it. 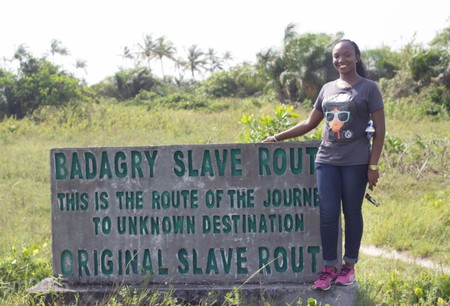 In the 15th century, the Portuguese started exploring the coast of West Africa. When they arrived in Nigeria, along the shores of Badagry about an hour’s drive from mainland Lagos, they initially set up camp for trade in palm oil, ivory, dyewood, and others with the locals. However, by 1650 this trade of commodities changed sourly into the trade of humans. It’s a trade that has left a traumatic and lasting legacy to the descendants of people from the region, as well as other West African countries like Benin, Ghana, Senegal and Gambia (all to the west of Nigeria) who were also seized in the slave trade. The cause of chattel slavery can be attributed to the development of plantations on the newly colonised Caribbean islands and America, in addition to the demand for more labour power to build the ‘new world’. 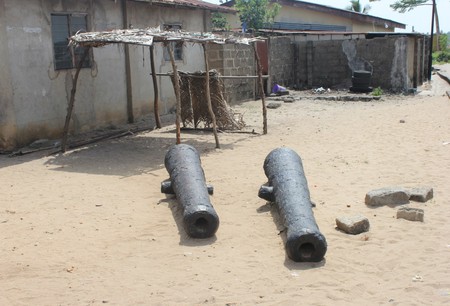 As trade grew, other European countries joined in, namely Britain, France, Germany and Spain. They all had a stake in the transatlantic slave trade, usually also fighting among themselves to gain a strong hold of the African nations the Portuguese had initially besieged. By the 1760s Britain had the largest number of ships establishing the route from West Africa to the British colonies and America, where the demand for slaves was spiking and usually met at auctions and slave markets.

Meanwhile, on the coast of West Africa, the European traders rarely left the coast to venture inland for fear of diseases or attack. As a result, the capturing of slaves was left to African traders who were most times in the command of village chiefs or leaders who were in partnership with the Europeans, trading enslaved people for commodities from the west like brass, alcoholic beverages, canons, mirrors, umbrellas, kettles, etc.

In Nigeria, the two main slave routes were situated in Badagry in the south-west, and Calabar in the south-east. Unlike the many slave castles that dot the coast of Ghana, in Badagry, only slave cells known as Brazilian barracoon existed to house the slaves while they awaited a further journey. They would cross a lagoon to the ‘point of no return’, where the British vessels waited after another 30 minutes’ walk, to sail them to the other end of the world.

Today, there are several museums present in Badagry and one in Calabar that preserves the memory and legacy of this gruesome time in human history. 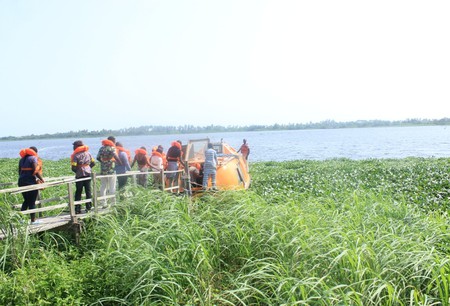 Founded in 1425, this coastal town was particularly known for its slave markets. It has done a lot to preserve its cultural heritage and has created museums and landmarks where history buffs, tourists, or descendents of Africans can now visit to be enlightened on the tragedy, as well as aid the healing process from the past. Places of note to visit are: 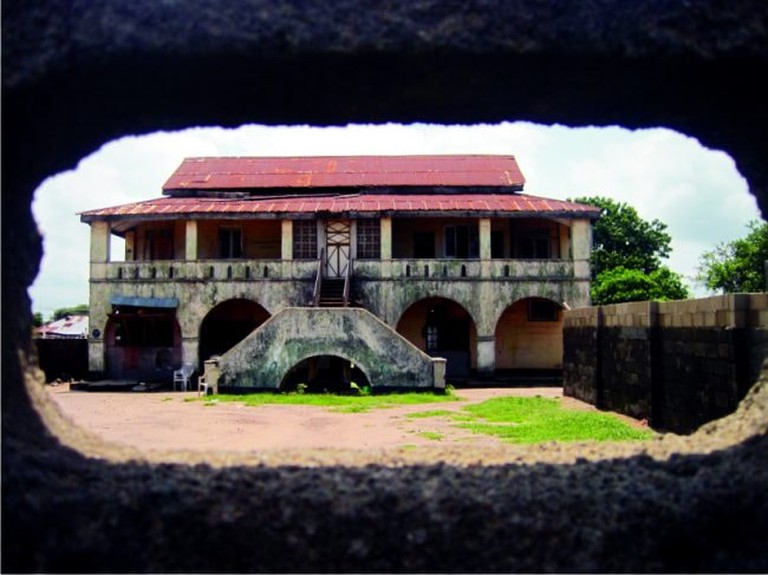 Façade of Badagry Heritage Museum | © ktravula.com
Built in 1863, this museum is home to artefacts and documentations of Nigeria’s history predating colonialism. A special section is dedicated to the history of the transatlantic slave trade, which enables the visitor to literally walk in the shoes of the men and women who were its victims. Also located within the grounds of the museum is the first Christian Mission House in Badagry. This key historic landmark is located at the centre of the tourist town (in the area known as ‘Adugbo Oyinbo’ in Yoruba dialect meaning “neighbourhood of white men”). The museum houses eight galleries all named after different periods of the slave era, with items that date back to pre-slave era, slave era, and post-slave era. The museum also holds artefacts, records and culture of the Badagry people. At the museum, you can learn of how the slaves were captured, sold, punished and transported, including the information on those people who fought to abolish the slave trade.

The Brazilian Barracoon was used as a temporary prison to hold as many as 40 slaves per cell before they were sold to the European slave traders. Today, the barracoon displays artefacts and wrought iron chains of various sizes and shapes used on both males, females, and children.

Seriki Faremi Abass was a renowned slave merchant who mostly exchanged slaves for housewares and other items since the Europeans didn’t accept the cowries that was used as a means of trade in the country at the time. Abass was an ex-slave who had been earlier captured and sold to a Brazilian slave dealer called Williams who took him to Brazil to work as a domestic slave. As a negotiation of his return, he was tasked to work with Mr. Williams as a slave-trade partner.

Seriki’s famous yellowish heavy umbrella is said to have cost him about 40 slaves, and other items, such as porcelains, cups, and gramophone records, cost 10 slaves each. 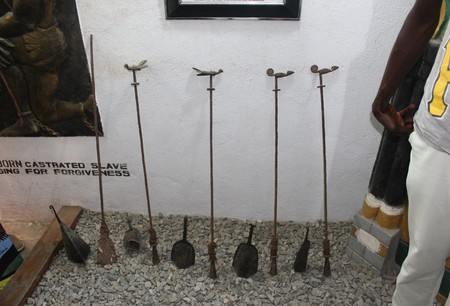 This market was established in 1502 and served as a business point for European slave merchants and African slave traders. It was at that time the largest slave market in West Africa with about 300 people being sold into slavery on every ‘Vlekete market day’. The slaves were usually auctioned for items like iron bars, mirrors, dry gin, whiskey, and guns. 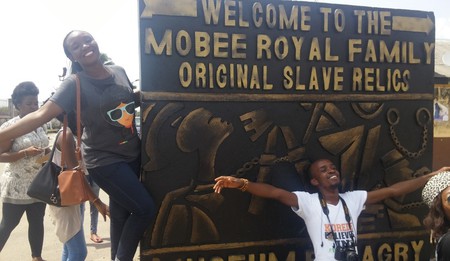 This museum contains similar objects used by the slave traders to subdue their captives. Types of chains include a mouth lock to prevent the slaves from talking to each other and eating sugarcane from the plantation, and handcuffs for babies used to chain the children together so that they don’t disturb their parents while they worked.

An interesting fact is that while Chief Mobee aided the slave trade, his son, Chief Sumbu Mobee facilitated its abolition. 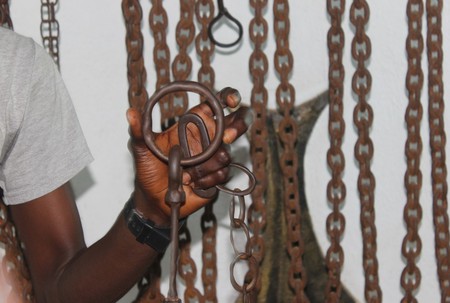 Some of the chains used to apprehend the slaves | © Social Prefect

Formerly known as Akwa Akpa in the Efik language, this is a city adjacent to the Calabar and Great Kwa rivers and creeks of the Cross River originating from Cameroon. In the 16th century, it was known for its seaport where goods like palm oil was traded, until the era of the transatlantic slave trade when it became one of the major ports for transporting slaves (mostly from Igbo land) on ships which were mostly owned by Bristol and Liverpool merchants. 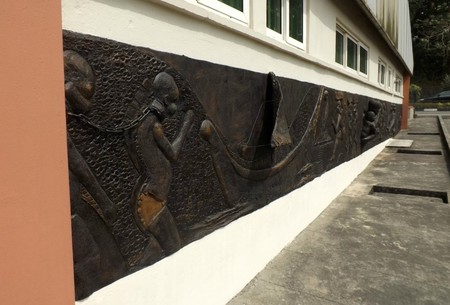 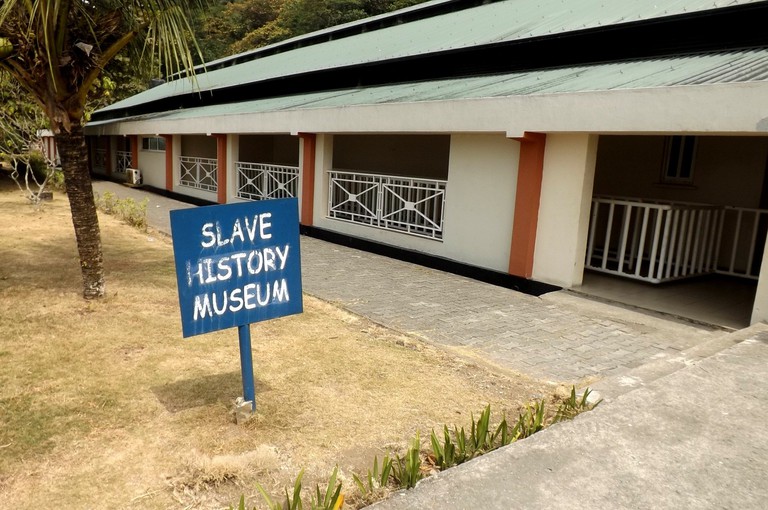 This museum is located on the site of the slave trading warehouse in Marina Beach. The museum has four main exhibitions: first the Esuk Mba Slave Market in Akpabuyo, which relied on slave raiding and enslaved captives of war or parents who sold their children in the hope that they might find a more profitable life elsewhere. Then the Chains and Shackles exhibition, which shows what was used to control slaves and discourage resistance while they travelled long distances. Third, the Procurement of Slaves exhibition demonstrates the currency and barter system used to trade the slaves, from copper bars, and Dane guns, to brass bells, gongs, flutes, and more. This exhibition also shows the creative ways in which the slaves were arranged on a ship. Finally, there is also an exhibit about the abolitionists who worked to bring the transatlantic slave trade to an end. This exhibition narrates the efforts of abolitionists like William Wilberforce, Thomas Clarkson, and Granville Sharp, who saw slave trade as morally reprehensible and unethical. The likes of these men put forward 12 propositions toward abolition, which was finally enacted by Britain on March 25, 1807. 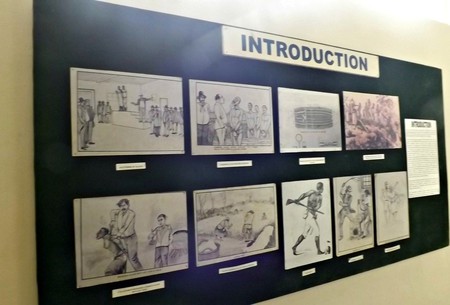 Information board at the slave museum in Calabar | © Social Prefect