From Living in Bondage to the Global Stage: The Growing Success of Nollywood 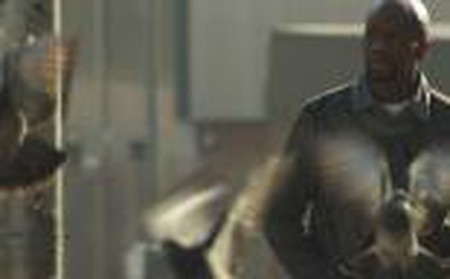 Hollywood cinema may be the most widely reaching, and Bollywood the most prolific, but what of Nigeria’s cinematic output, Nollywood? Producing far more films each year than their US namesake, Nollywood is the second largest film industry in the world after India, yet it receives comparatively little attention on the global stage. Yet with Nollywood Week in Paris, increased distribution in different countries, and larger budgets, Nigerian film is receiving more and more attention beyond its homeland.

It all started, it is said, with Living in Bondage. Produced in 1992 by the director Chris Obi Rapu and screenwriters Kenneth Nnebue and Okechukwu Ogunjiofor, it was not the first film to be produced in the country, with auteurs such as Ola Balogun starting to shoot features back in the 1970s. Nonetheless, it is generally accepted to be the film that changed it all and launched the Nigerian film industry as a force to be reckoned with; further, many of its attributes are the paradigmatic qualities that have marked Nollywood film of the past twenty years.

When Obi Rapu wanted to make his own films, there was no funding or investment for cinema in Nigeria. Shooting on celluloid is a costly endeavour, and such financial constraints had previously stalled Nigerian filmmakers.The producers needed an alternative model to the conventional Hollywood studio format, so they bought several thousand blank VHS tapes from Taiwan on which they recorded the film. At the time, home VHS camcorders were fairly poor quality compared to their professional counterparts, and home video was instantly recognizable next to a big-budget movie. Still, with practically no budget, they realized it would be impossible to manufacture some slick production in pale imitation of Hollywood. They would have to acknowledge their limitations, and instead focus on the fundamental reason they had chosen to work in film: to tell a story.

Living in Bondage tells the story of a man who kills his wife in ritual sacrifice in order to advance in power and wealth, yet his gains are short-lived, and he is subsequently haunted by her ghost. The supernatural thriller is a slightly melodramatic tale, and with the benefit of hindsight much of the plot is decidedly hammed-up. Indeed, this theatrical aspect is an attribute of many of the films falling under the umbrella of Nollywood; the industry is often criticized for producing implausible films that do not reflect Nigerian culture accurately. Yet perhaps their plots, with their sensationalist peaks and troughs, are more symptomatic of an industry that until recently produced films for around $10-15,000, whilst Hollywood films can cost anything from $1 million to over $300 million. With fewer funds for special effects and production costs, the storyline becomes the main event, and is necessarily attention-grabbing as a result.

Living in Bondage was released straight to VHS when it came out. In Hollywood, a direct-to-video release is often sign of a film’s failure. Yet this form of distribution is key to the success of the Nigerian film industry, and many of the greatest hits have been straight-to-video releases. The innumerable cinemas of America cater to showing films on the big screen, yet in Nigeria there are relatively few venues for screening films. Nollywood has not required movie palaces in order to thrive, as the straight-to-video market provides an alternative, equally successful model for distribution of film. Indeed, with DVDs usually selling for the equivalent of $2, and the more popular films selling hundreds of thousands of units, filmmakers can see large profits from relatively low production costs. It is this fact, more than any, that has allowed the industry to expand exponentially in a short space of time, and it is now the third largest employment industry in the country.

When Chris Obi Rapu first decided to make his groundbreaking film, investing in Nigerian cinema was unheard of. The majority of filmmakers in the country today have much less issue securing funds, and increased budgets have seen a rise in production costs to the hundreds, rather than the tens, of thousands of dollars. Technology as a whole has advanced enormously; the quality of recording equipment has improved across the board — even handicams can now shoot HD — and wider availability of editing software means a feature film can now be cut on a home computer. Thus, Nigerian directors are increasingly able to shoot films as visually sumptuous as they desire. This, coupled with a number of other factors, has seen Nollywood’s reach steadily growing outside the country.

The language of Living in Bondage is Igbo, so viewers outside this ethnic group required subtitles; the variety of spoken languages in Nigeria and the surrounding region was perhaps a limiting factor for the industry’s spread for some time. Osuofia in London (2003), though, was shot in English, and this film more than any propelled Nollywood to the global stage. Today, 44% of Nollywood films are shot in English, expanding their audience dramatically as a result. Many filmmakers are now partnering with players in other industries from Hollywood and Europe, from actors to producers and directors and studios, and films such as Ijé: The Journey (2012), and Man on the Ground (2011) use locations outside Nigeria as their setting, being shot in LA, London and South Africa respectively.

As it expands, the Nigerian film industry is undergoing another shift; some filmmakers choose now to release first in the cinema. When films are shot in anticipation of being straight-to-video, the pressure for a fast return on investment means filmmakers have often had little time to shoot: most Nollywood productions have been filmed within a matter of weeks; some have taken mere days. Now, with drastically more finances and a longer filming schedule, Nollywood cinema has entirely lost its makeshift aesthetic. Festivals such as Nollywood Bowl in London (2010), CPH Nollywood in Denmark (2011) and Nollywood Week in Paris (2013) continue to expose Nigerian film to a global audience. It is a long way from its origins, but the Nollywood film industry still largely owes its success to the qualities distinct to Nigerian film. Now, as it continues to grow, Nollywood film is no longer Living in Bondage.