Chimamanda Ngozi Adichie’s 'Americanah': A Tale Of Love And Race

Americanah is the latest novel from renowned Nigerian author Chimamanda Ngozi Adichie. A tale of enduring love set over three continents, it is an articulate and outspoken novel that addresses the many layers and implications of race and racism. 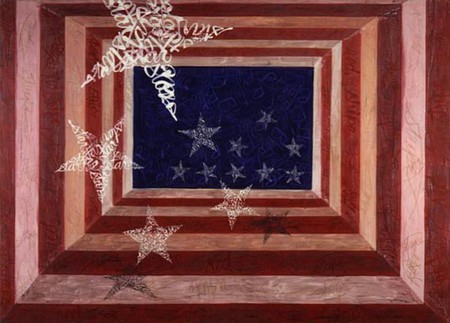 “You can’t write an honest novel about race in this country. If you write about how people are really affected by race, it’ll be too obvious […] So if you’re going to write about race, you have to make sure it’s so lyrical and subtle that the reader who doesn’t read between the lines won’t even know it’s about race.”

These lines are spoken by Shan, a character in Americanah who hails from the US. Appearing two thirds of the way through the novel, it is not an explicit apologia from Chimamanda, but rather an acknowledgement that the explicitly polemic themes of the book are an intentional device: the author is never striving for nuance. For this is a book about race and its differing contexts in Western and African societies. Open in its conceit, the novel could so easily have been didactic, but instead reads as an open letter that is refreshing in its honesty.

The title of the novel refers to the nickname given to Nigerians who move to the US then back to their native soil, taking back with them an array of affectations and snobberies about Nigeria and its differences with the West. Ifemelu, the lead protagonist of the novel, is herself an ‘Americanah’, who travels to the US to study, remaining there for over a decade before returning to her homeland. Against this trajectory, the novel explores the various manifestations of differing cultural values; what is held in esteem and what is stigmatized; how one is perceived and how one perceives oneself: and collectively, how all are defined by the topic of race. A well-crafted and articulate read, Americanah is a pertinent reminder that while racism may be outlawed in Western countries, it is still written into institutional structures as well as outdated private opinion. 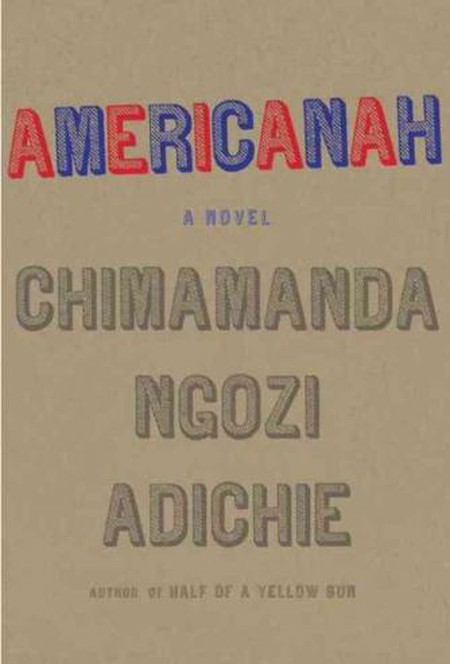 Chimamanda uses the classic tale of star-crossed lovers as the driving narrative of her novel. Beginning when they are a teenage couple in Nigeria, we follow the lives of Ifemelu and Obinze across three countries, taking in the US and UK when the characters move there respectively. Middle class and well-educated, each find their relocation is a shock to the system when they are confronted simultaneously by the differences in culture and values, and also the fact that in the West, status and class is inextricably tied to nationality and skin color. As Ifemelu says at a dinner party in Manhattan to a group of left-wing liberals — all slightly stunned by her outburst — “The only reason you say race is not an issue is because you wish it was not. We all wish it was not. But it’s a lie. I came from a country where race was not an issue; I did not think of myself as black and I only became black when I came to this country.”

Americanah deals not only with how racism is implemented on a wider scale, but also the smaller incidents of everyday; reflecting differing cultural values and definitions between Nigeria, the US and the UK. When she moves to Philadelphia to study, Ifemelu is greeted by her friend from home Ginika, who had moved to the US a few years previously. With an American mother, Ginika was envied in Nigeria for being ‘half-caste,’ yet in America, she tells Ifemelu, “I’m supposed to be offended when someone says half-caste. I’ve met a lot of people here with white mothers and they are so full of issues, eh. I didn’t know I was supposed to have issues until I came to America.”

Against the backdrop of the US elections and the inauguration of Barack Obama, the author observes that particularly in Western societies, racism is not a binary but rather a complex, multi-layered problem that continues to needle many people on a day-to-day basis. As an outsider who has never before encountered hostility on account of her race, Ifemelu is the perfect character to observe the minute differences between Nigerian and American attitudes that might go unnoticed to those accustomed to them. Going to the beautician, she is told they do not thread ‘curly’ eyebrows; her liberal white boss refers to all black women as ‘beautiful’; going for dinner with her white boyfriend, the waitress ignores her and asks if he would like a table for one. 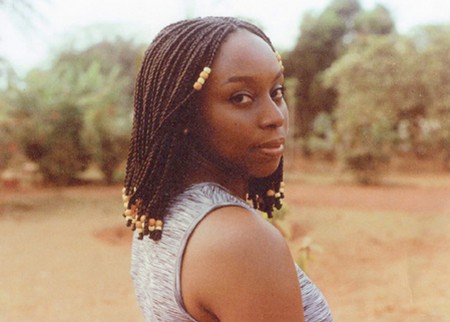 Driven to give vent to her strong opinions, Ifemelu begins a blog, Raceteenth, or Various Observations About American Blacks (Those Formerly Known as Negroes) by a Non-American Black. Excerpts from this blog periodically punctuate the novel, and it is here that the novelist can be at her most polemic. The novel is not told chronologically, but instead is divided into three separate periods in Ifemelu’s life, which are then chopped up and weaved together throughout the book: her teenage years in Lagos; her experiences of first moving to the US; and the preparation for, and subsequent move back to Nigeria after living in the States. Broadly speaking, the blog shapes the structure of the novel. For many chapters, a blog post will summarize a theme or topic around race politics; then the events from these different times in her life become almost examples of how these issues play out on a day-to-day basis. This does not feel like a cataloging of isolated moments, though; for it seamlessly follows the stream of consciousness of a character as she forms associative links for periods in her life, and how these cumulatively have informed her opinions.

Nonetheless, the novel cushions its politics by placing at its center the romance between Ifemelu and Obinze. Separated by oceans for much of the novel, engaging in relationships separate from each other, the inter-splicing of their contemporaneous narratives aligns them with one another and lends the story a poignant inevitability. The beginnings of the romance, when the couple are still school students in Lagos, is told from a slightly halcyonic, idealized view that perhaps well reflects the heady intensity of teenage relationships. It does not undermine the plausibility of their romance so much as suggest a story that is being told from memory, and the subjective importance this relationship has held for each character.

Obinze’s life follows an entirely different and somewhat darker path than Ifemelu. He moves to the UK after he has completed his degree, yet his difficulty obtaining a visa sees him descending to the murky depths of illegal employment, extradition from the country, then subsequent, slightly shady success in his native Nigeria. Although his tale is equally engaging, there is perhaps the slight sense here that Chimamanda was aiming to tick every box by including a narrative shaped by illegal immigration, though the author’s deft ability to engross the reader ensures that none of the experiences or events that occur in Obinze’s life ring untrue.

This new book is something of a departure for Chimamanda, whose famous novel Half of a Yellow Sun told of the horrors of the Nigeria-Biafra war with lyrical subtlety — those characteristics so abhorrent to the Americanah character Shan. For the latter is a novel unashamed in its stance, yet it feels neither like an attempt at worthiness, nor a speech being shouted from a soapbox, for above all this novel is a highly enjoyable and engaging read, with a strong emotional core. Yes, it is more outspoken than her previous efforts, but her consistency of tone and ability to engage with the reader remains: the same voice, just a different script.