An Introduction to Nigeria's Yoruba People 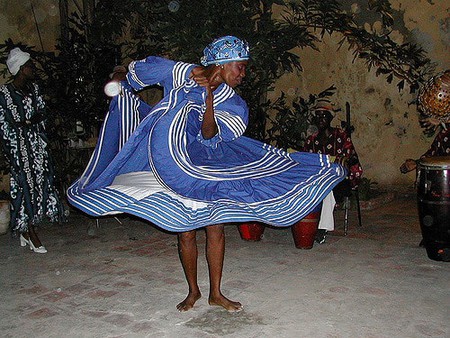 The ancient mythology of the Yoruba people is a major religion in Nigeria, claimed by its devotees to be one of the oldest religions in the world and still practiced today. It has since brought forth new, modified world religions such as Santería in Cuba and Candomblé in Brazil.

A people of rich soil and full of mystery, the Yoruba people of Nigeria dance to the beats of the Batá drum under the moonlight, chanting away to the Mother goddess, “Iba’se Yemoja, Olugbe-rere” (I give praise to you Yemoja, the one who brings goodness), offering their gratitude to Oduduwa, the godfather of the land – this is a tribe with a story.

The Yoruba people are an ethnic group of over 40 million people in total, inhabiting the southwestern and north-central region of Nigeria, as well as southern and central Benin. Dating back to as far as the transatlantic slave trade, which existed between the 15th to the 19th century, the Yoruba people were said to have migrated to other countries as well, including Cuba, Dominican Republic, Brazil, Jamaica, Grenada,Venezuela, Trinidad and Tobago, and Saint Lucia, among others.

Benin Coral 18thC "This brass helmet is used in the Ododua ritual, in honour of the father of Oranmiyan, the legendary founder of the ruling dynasty. The dance is performed by seven masqueraders who wear brass helmets and carry ceremonial swords to signify their high status. They dance back and forth before the Oba seven times as a sign of their commitment and loyalty. Acquired 1898, purchased from William Young © The Trustees of the British Museum #helmet #heritageclassic #beninkingdom #beninhistory #obaofbenin #ASIRIMagazine #loyalty #nigeriahistorymatters #africannarratives #oduduwa #dance #africanart

There are reports that civilization already existed in Ile-Ife (the citadel of Yoruba civilization), Nigeria by the 8th century, centuries before the arrival of the British colonial administration. Archaeological findings in Ile-Ife prove to feature a high level of artistic skills in the 12th–14th century era. Artists sculpted traditional and cultural significance out of terracotta, stone, ivory, brass, bronze and copper as far back as 1300 CE. As of today, after numerous political divisions and influences, the Yoruba are the main ethnic group in Ekiti, Lagos, Ogun, Ondo, Osun, and Oyo State, and they also make up a sizable proportion of Kwara, Kogi and Edo State in Nigeria. They spread to other African countries such as Egypt, Ghana, Togo, Sierra Leone, Burkina Faso, Ivory Coast and Liberia.

Yoruba mythology states that, in the beginning, the universe was made up of only two elements: the sky above and a watery chaos below. Oduduwa (a servant of the Supreme Being, Olodumare) was tasked with creating the Earth. The belief is that he ventured down from heaven with a long chain, carrying a calabash filled with sand, along with a five-toed fowl. Not a single patch of dry land could be found as the whole Earth was covered in water, and so Oduduwa poured the sand on the water and the fowl on top of it. Every one of the fowl’s steps would produce new solid ground, and a chameleon, sent down to check up on this process, would determine if the land was dry enough and solid enough. What remains as water today are all the places not touched by the sand. And today, it is said that some of the objects Oduduwa brought from heaven are still in Ile-Ife, including the chain he used to climb down to earth.

A similar school of thought believes that Oduduwa was a mortal who had supernatural powers. He fathered sixteen children, making them all kings in other territories. The eldest of his children was named the Orangun of Ila, and the Egba people of Abeokuta, Nigeria are said to be descendants of Oduduwa’s daughter named Alaketu. Oranyan was the last of his children, who ruled over the Benin Kingdom. This explains the striking similarity in language, food, culture and dress between the Yoruba and the people of Benin.

In Yorubaland, one of the most important traditions observed is ‘orúko àmútọ̀runwá’ – the naming of a newly born child. Names are given to children by their parents, grandparents (paternal and maternal) and some other close relatives. A typical Yoruba child can bear as many as 16 different names. The circumstance surrounding the child’s birth also plays a significant role to the naming of the child. For instance, a female child born after the death of her grandmother is called Yetunde – meaning ‘mother has come again’.

The institution of marriage is also a very big deal for the Yoruba people, because it is considered to be a union of not only the husband and wife but of both families and extended families. When a young man and woman meet, they fall in love and both decide whether they’d spend the rest of their lives together. If yes, they let their parents know. The man’s parents arrange to meet with the bride’s parents for an introduction. After the approval from her parents, they ask the man and his family to provide certain items to pay off her bride price. 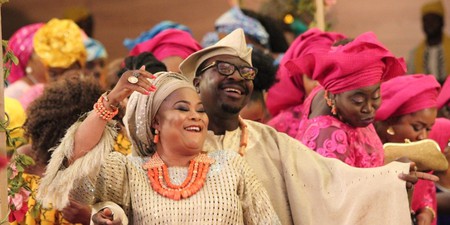 A wedding day is set and is celebrated generously with dancing, eating, drinking and a presentation of gifts to the couple. After the wedding, the ‘Ekun Iyawo’ ritual is observed, where the bride is seen crying as she is escorted by family, friends and well wishers to her husband’s house – she now leaves her parents and belongs to the family of the husband. She is prayed for and her feet are washed in a ritual that is said to cleanse away any bad luck she might be bringing into her new home.