An Introduction to Nigeria’s Hausa People 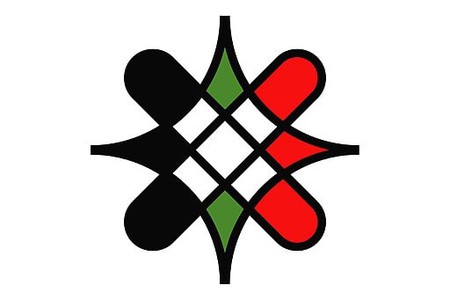 With a population of over 30 million, the Hausas are one of the largest ethnic groups in West Africa. They are a people of diverse cultural practices with similar homogeneous beliefs and customs exclusively found among their people. Here’s everything you need to know about their diversity.

The Hausas are concentrated mainly in the northern part of Nigeria, as well as the adjoining south eastern Niger. They also populate parts other countries including Cameroon, Ghana, Chad, Togo, Senegal, Côte d’Ivoire, Sudan and Gabon.

The Hausa states, also known as the Hausaland, were independent political entities founded by the Hausa people, and situated between the River Niger and Lake Chad. It was a political entity with no central authority, isolated up until the mid-14th century. Irrespective of their placements, they had a common language, laws, and customs. The Hausas specialized in blacksmithing, fishing, hunting, agriculture, and salt-mining. By around the 1500s, the northern city of Kano had become the most powerful, and was a major trading center in ivory, gold, slave trade, salt, cloth, leather, and grains. Due to their lack of military expertise and a central governing body, they were regarded as loose alliances by the neighboring towns—which made them prone to external domination. All the states remained independent until they were conquered by a prominent Islamic scholar, Usman dan Fodio, in a Holy Jihad (war) between 1804 and 1815, which created the Sokoto Caliphate. It was later abolished when the British defeated the caliphate in 1903 and named the area Northern Nigeria.

Popular myths told as the origin of the Hausa people

Bayajidda, the mythical ancestor of the Hausa people, was said to have migrated from Baghdad in the 9th or 10th century to the Kanem-Bornu Empire, where he married a princess. Due to irreconcilable differences with his father-in-law, Bayajidda was forced to flee his home, leaving his wife and their first child. One day, after a very long and exhausting journey, he arrived in a city called Daura where he requested water from an old woman. The woman explained to him that she didn’t have any water, and was unable to source for some at the community well because of a snake terrorizing the villagers—it is said that the snake only allowed the villagers to fetch water once a week. Bayajidda became furious and rushed to the well, he engaged in a battle with the snake and slew it. As a reward, he was given the Queen of Daura in marriage who bore him a son named Bawo. Bawo founded the city of Biram, he had six sons who became the rulers of other Hausa city-states. These are known as the Hausa bakwai (Hausa seven) states.

The Hausa people have unique cultural practices that have stood the test of time regardless of the colonization of the British. Their political and spiritual leaders did not compromise the standards they were well acquainted with; this is why they still maintain their ways of life to date.

A large number of the Hausa population are Muslims practicing Islam, based off the teachings of the prophet Muhammad and the instructions of the Holy book, Qur’an. It is said that the religion was brought to them by traders from North Africa, Mali, Borneo, and Guinea during their trade exchanges, and they quickly adapted the religion. Muslims pray five times a day, fast during the month of Ramadan and strive to make the pilgrimage to the holy land in Mecca. However, there are a class of Hausas called Maguzaya—they do not practice Islam, but instead belong to a cult worshiping natural spirits known as bori, or iskoki.

When a Hausa man meets the woman he wants to marry, he goes to seek permission from her parents for her hand. The family of the bride then carries out an investigation to determine whether or not the man is suitable for their daughter. If he is approved by her family, there must be no form of physical contact or courting before the marriage, although he’s allowed to see her for a little while. The man sends his family for a formal introduction with the bride’s family; this is called ‘Gaisuwa’. The bride’s family request a bride price from the groom, and also provide dowry for the bride, which is also known as Sadaki. After this, a wedding date is fixed, followed by a reception agreed by both parties.

Hausa men are easily recognized by their elaborate flowing gowns known as ‘Babban Gida’, matched with a cap called ‘Huluna’. The women wear a wrap-around robe called ‘Abaya’ with a matching blouse, head tie, and shawl—they usually have henna designs on their hands and feet. In general, their dressing style is very conservative.

Hausa is the most widely spoken language in West Africa and the primary language spoken in all northern states in Nigeria. The Hausa language is written in Arabic characters, and about one quarter of Hausa words are made up of Arabic. Many Hausas can read and write in Arabic because at an early age, they are required to go to Arabic-language schools.