10 Nigerian Photographers You Should Know

A bold new generation of Nigerian photographers is emerging to capture the changes and challenges sweeping across the country. From hard-hitting photojournalism in the Niger Delta to subversive fashion photography, take a look at the photographers shaping Nigeria’s thriving visual culture. 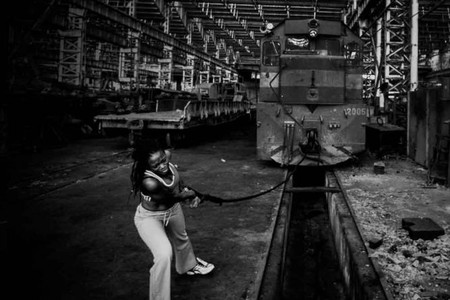 Adeola Olagunju is a rising photographer who lives and works in Lagos. Developing the art of the performative self-portrait, her series, Resurgence: A Manifesto, looks both inwards and outwards to construct a sense of identity as a means of resistance. In bold black and white, her images speak volumes as they stage the photographer’s attempt to break free from ‘mental shackles.’ Interested in what the body communicates outside of our conscious thoughts, her latest project, Paths and Patterns, explores feet as maps of journeys and experience, testing the boundary between pre-determined routes and the freedom to wander. Her work has been exhibited at Lagos Photo and she won the Young Artfund Amsterdam Award for 2013.

George Osodi is an internationally acclaimed photojournalist whose daring and honest images have changed the face of Nigerian photography. Returning to his home in the Niger Delta, Osodi spent four years capturing the environmental degradation of the region caused by multi-national oil firms. Culminating in the momentous book Niger Delta – Rape of Paradise, the photographs offer an almost apocalyptic vision, with human forms foregrounded against a backdrop of rising flames and thick clouds of smoke, creating a powerful sense of urgency in the face of such carnage. More recently, Osodi has turned his focus to the urgency of documenting and archiving traditional Nigerian culture. His Nigerian Monarchs series captures the ‘visual drama’ of the diverse traditional cultures enshrined in these royal structures that, though stripped of constitutional powers in the 1960s, point to the deep roots of Nigeria’s pre-colonial past.

In 2011, Aisha Augie-Kuta won the Future Award for Creative Artist of the Year for her Faces of Africa portrait series, a collection of portraits of female faces elaborately painted to re-enact the vibrant patterns of the Surma Tribe of Ethiopia. Based in Abuja, Augie-Kuta’s experience as a mixed-race, mixed-tribe woman is a dynamic source of inspiration, enabling the artist to explore gender and identity in complex ways, using juxtaposition to play with the idea that every story has two sides. Her latest project offers the viewer a glimpse of the unseen side of the Fulani mudhuts in Abuja, which, from the outside, appear to blend into the landscape. However, shot on a wide lens, Augie-Kuta’s striking photographs reveal an unexpected interior world of colour.

Conceptual photographer Ade Adekola creates visual representations that go beyond what the eye can see. His ground-breaking work, Icons of a Metropolis, captures the dynamism of urban life, re-imagining figures on the street as 20 character archetypes, ‘icons’, conceived to define the spirit of survival that fuels life in Lagos. The use of solarisation heightens the sense of energy in his images by giving the figures a surreal glow. Including ‘the cart pusher,’ ‘the beggar,’ ‘the street hawker,’ ‘the opportunist’ and the ‘prayer warrior,’ Adekola transforms the familiar but overlooked faces of the Lagos landscape into visual memes, faces that recur in cities across the world. He has recently extended Icons of a Metropolis into a new project, Ethnoscapes – Icons as Transplants, superimposing scenes from Lagos onto backgrounds of American, Asian and European cities to explore questions of exploring globalisation and identity.

A visual storyteller, Andrew Esiebo captures scenes from everyday life in the urban landscape, exploring how personal narratives interact with wider social issues. Interrogating themes such as sexuality, football, gender politics and migration, his work blends the personal with the political. His recent project, Pride, explores scenes in barbershops across West Africa, offering a glimpse of the animated spots where men of different social classes sit side by side for this social ritual. The Everyday Africa project saw Esiebo embrace the immediate potential of Instagram to capture everyday moments that circumvent the conventional portrayal of life in Africa with images that are subtle, intimate and refreshing. Esiebo’s work has been exhibited at LagosPhoto Festival, African Photography Encounters in Mali, and the Havana and Sao Paolo biennales.

Since winning the Best Young Photographer award from the AFAA Afrique en Création in the fifth edition of the Bamako Photo Festival, Emeka Okereke has continued to push the boundaries of contemporary African photography. He founded Invisible Borders, an annual photographic road trip across Africa involving a team of artists and photographers to explore new ways of portraying the continent and transforming African society. His work engages with the idea of possibilities and the politics of representation, preoccupied with the need to examine and transcend pre-defined borders. Questions of ‘co-existence’, ‘otherness’ and ‘self-discovery’ lie at the heart of his work. In 2014, Okereke and Invisible Borders embarked on their most ambitious road trip yet, travelling across 20 countries and 40 stops from Lagos to Sarajevo.

Lakin Ogunbanwo’s bold and beautiful images are characterised by their striking use of colour, light and angles. The fashion photographer’s moody portraits of men and women are daring and provocative; he transforms the human body into a work of art with his defiant, and sometimes, playful gaze. His career on the rise, he has shot some of Nigeria’s biggest names, including Chimamanda Ngozi Adichie, and his work has been exhibited at LagosPhoto Festival, Art 14 in London and the Rooke and van Wyk Gallery in Johannesburg. With his eye for clean lines and sharp visuals brought to life by a deep sensuality, Ogunbanwo has sent shockwaves across the fashion and art world. 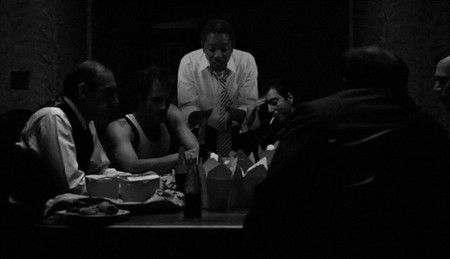 Introspective and outward-looking, versatile and perceptive, Uche Okpa-Iroha’s gaze offers a powerful perspective on our times. Born in Enugu, Nigeria, Okpa-Iroha was inspired to pursue a career in photography after seeing an exhibition by the pioneering Nigerian collective, Depth of Field, in 2005. His work has achieved international attention for his arresting images of humans documenting pressing social issues. His first major project, Under Bridge Life, won the Seydo Keita Award in 2009. Stepping away from the photojournalistic style that dominated his earlier work, in his most recent project, The Plantation Boy, Okpa-Iroha presents an incisive challenge to the Western gaze by inserting himself into stills and staged re-enactments from Francis Ford Coppola’s iconic film, The Godfather. Whilst the project is in part a tribute to Coppola’s masterpiece, it is also a playful but important comment on identity, representation and the homogeneity of whiteness in film today.

In a career spanning two decades, Uche James-Iroha has been described as a ‘leading light of a new generation of Nigerian photographers.’ Currently the director of Photo Garage, a Lagos-based platform for Nigerian and global intellectual photography exchanges, he is the director of Depth of Field, the collective that has influenced the likes of Uche Okpa-Iroha and Emeka Okereke. His work has been celebrated with the Elan Prize at the African Photography Encounters in Mali, 2005, for his work Fire, Flesh, and Blood, and he was awarded the Prince Claus Award in 2008 for his work in supporting young artists and promoting photography as an art form in Nigeria. Trained as a sculptor, his immersive photographic style is the result of imaginative attempts to deconstruct and reconstruct the visual field, carving his creative vision into the viewer’s reality.

After spending most of her childhood in Germany, a trip back to Nigeria inspired Yetunde Ayeni-Babaeko’s fascination with traditional Yoruba culture. Since returning to live and work in Lagos as an adult, her photographs reflect the mythology and storytelling tradition of the Yoruba people. Captivated by the word ‘Itan’ which means ‘story’ in Yoruba, Ayeni-Babaeko based an entire collection around the concept, capturing female figures in mystical costumes to recreate the Nigerian deities and folk-stories in the eyes of the viewer. Women are the custodians of tradition for Ayeni-Babeko, who uses black and white photography to capture the timelessness of her goddesses. She currently runs Camara Studios in Lagos and has turned her lens to using art as a change agent, in particular using photography to document and educate women on breast cancer.