A Tour of Windhoek, Namibia in 5 Famous Buildings 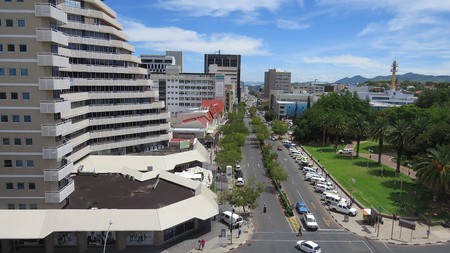 Windhoek is a multicultural city with a rich history and the ever-changing dynamics of a growing African city. With deep historical connections with Germany, it’s hard to take a tour around Namibia’s capital without seeing the architectural reminders to this fact.

Like many other growing cities around the world, Windhoek has its developmental challenges, and an hour’s drive from the suburbs to the informal settlements shows the two faces of the city. From the suburban areas to its outskirts, there are buildings that are reminders of Namibia’s rich history, while others are glorious buildings that are a reflection of the modern, sustainable manner in which local architects envision the city’s skyline.

Also known as Christ Church, this building is a centre point for most people who want to photograph Windhoek. With the relatively newly-built Independence Memorial Museum in the background, the view of the Christuskirche is telling, as it offers a glimpse into Namibia’s German links. Commissioned by The German Lutheran Congregation founded in Windhoek in 1896, it’s believed that plans to build the church were drawn in 1900 by government architect Redecker. The construction of the project, however, was delayed by wars, and only saw completion in 1907. It’s strategically built on top of a hill as a symbol of peace, and it features three bronze bells which bear the inscriptions ‘Ehre sei Gott in der Hohe’ (‘Glory to God in the highest’), ‘Friede auf Erden‘ (‘And on Earth peace’) and ‘Den Menschen ein Wohlgefallen‘ (‘Goodwill towards men’). The church also features a bronze plaque that is inscripted with the names of German soldiers, marines and civilians who died during Nama and Herero uprisings between 1903 and 1907. Church service takes place at 10am on Sundays and are conducted in German. Guided tours can be arranged as the church is a popular tourist attraction. 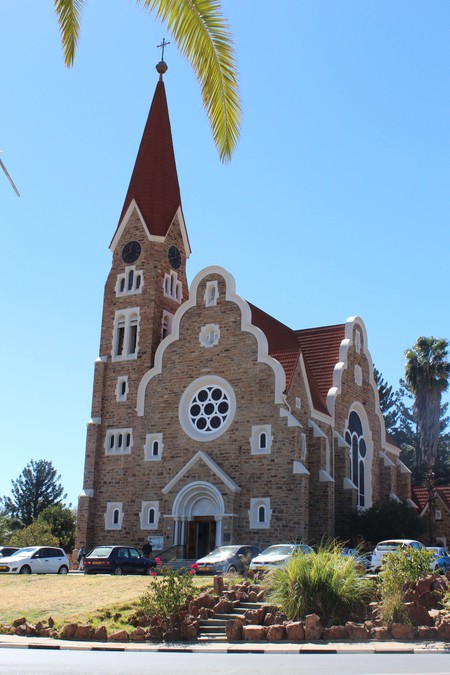 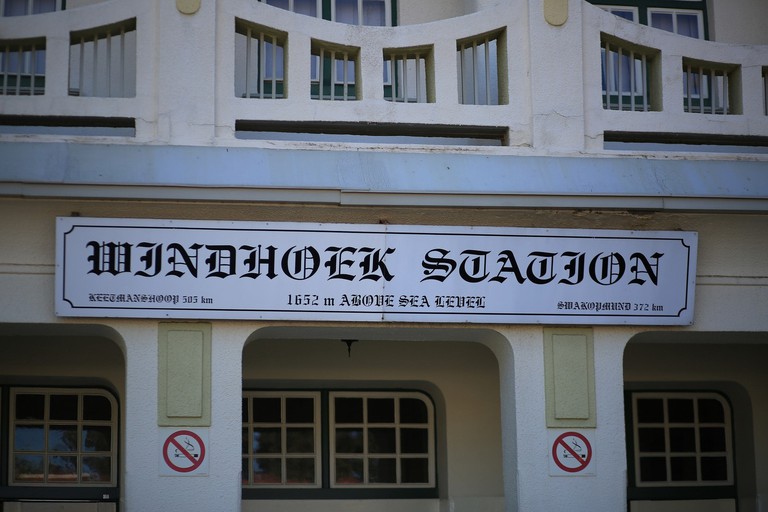 Located on Bahnhof St right in the central business district, Windhoek’s official train station was built in a Cape Dutch-style. The station also houses the small Trans-Namib Transport Museum, which outlines Namibian transport history, particularly that of the railway. Opened on July 1, 1993, the exhibition consists of a wide range of railway equipment, maps and related items, which date back to German colonial times. Another part of the exhibition is dedicated to Namibian Airways history and Namibian Maritime history. You can also see the crockery and cutlery used in the dining cars of South African Railways in Namibia along with telecommunications and electrical equipment. 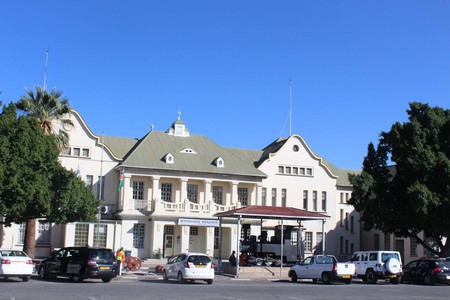 Windhoek’s TransNamib train station is not only a railway hub, but is also a historical centre | © Rukee Kaakunga / Culture Trip

The Alte-Feste is situated on a high point overlooking the central business district of Windhoek, and was once a Schutztruppe fortress and the headquarters of the imperial German Schutztruppe (colonial military force) during Germany’s colonisation of Namibia. The building has since been transformed into the national museum and is well worth a visit with its war artefacts and memorabilia. Exhibitions in the museum take you through an eye-opening history of Namibia from the German occupation in 1884, the uprisings of especially Herero and Nama people against them, and the last part of Namibian pre-independent history. The fortress was meant to serve as a buffer between Nama and Herero’s, but, ironically, the fort was never involved in military action. 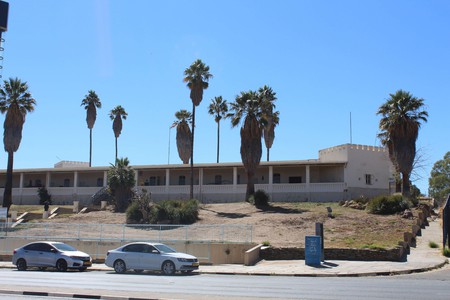 Once a fortress during Germany’s colonial occupation of Namibia, the Alte-Feste is now a museum that features artefacts that date back to the same period | © Rukee Kaakunga / Culture Trip

Part of Namibia’s historic museum constellation that stretches along Robert Mugabe Avenue in Windhoek, the Independence Memorial Museum is one of the most striking buildings you’ll find in this city. The museum was built by a North Korean firm and was inaugurated four years ago, in 2014. Standing at a height of 40 metres (131 feet), the museum focuses on the anti-colonial resistance and national liberation struggle of Namibia. It features a glass elevator that allows visitors to induldge in a beautiful view of Windhoek. Getting to the top floor where the restaurant can be found, an even better view awaits visitors. A statue of Namibia’s founding president, Sam Nujoma, stands tall atop a flight of stairs to the entrance, while the statue in honour of Namibians who died in the German genocide of 1904 stands not far from it. 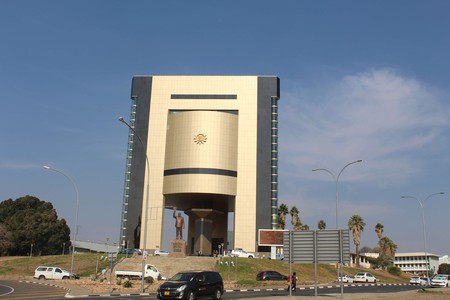 Katutura Community Art Centre (KCAC) is housed in a historic building that dates back to Namibia’s post-colonial fight for independence. It’s located in Katutura, a suburb where black people where forced to move during South African Apartheid rule in Namibia. Originally built to serve as a mess hall for migrant labourers, the building now serves as an arts college where many Namibian youths from underprivileged backgrounds jumpstart their careers in the arts. It houses the College of The Arts Katutura campus, as well as the John Muafangejo Art Centre and the Boiler House Theatre. The building is simple and is made from large concrete slabs, and its design is reminiscent of the communist era. This simplicity and uniqueness from the largely German-inspired buildings in the city makes it an attraction. The courtyard and reception of the building is alive with art pieces and sculptures made by the students studying at the centre, offering guests a sensory experience while visiting. 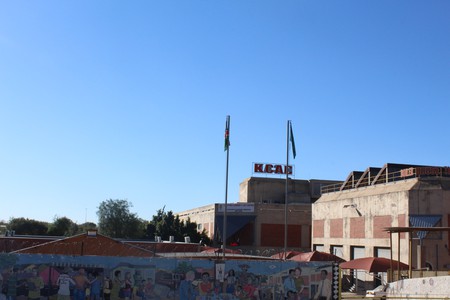 The Katutura Community Art Centre houses an art gallery, a theatre and a community college | © Rukee Kaakunga / Culture Trip
Give us feedback