An Introduction to Malawi’s Literature in 7 Writers 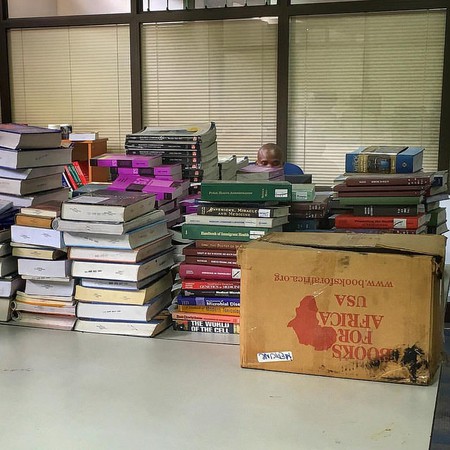 Malawi is a country whose rich talents have been inspired by its own heritage. Malawi’s history cannot be told without recognising creative writers who have played a role in shaping the country’s social, economic and political systems. The following are some of the most renowned Malawian writers whose works have made a global impact.

The publishing industry in Malawi is largely dominated by male writers; however, there are a number of brilliant female writers using their skills to promote the rights of women. Upile Chisala is one such writer whose creative writing has led to international recognition. In March 2018, as part of Okay Africa’s 100 Women 2018 project, the 23-year-old appeared among other African women whose work is considered to be making an impact around the globe. Her belief that African women are the best storytellers is the driving force behind her success. Now a global figure, Chisala writes poems aimed at empowering and supporting her fellow female compatriots. Also the co-founder of a craft-making company called Khaya Means Home, Chisala believes writing is a powerful tool African women can use to express their struggle for visibility. She is currently working on a new collection of poems while her published books Nectar (2017) and Soft Magic (2015) are being sold across the world. Her literary work also aims to preserve Malawian culture and African history as a whole. 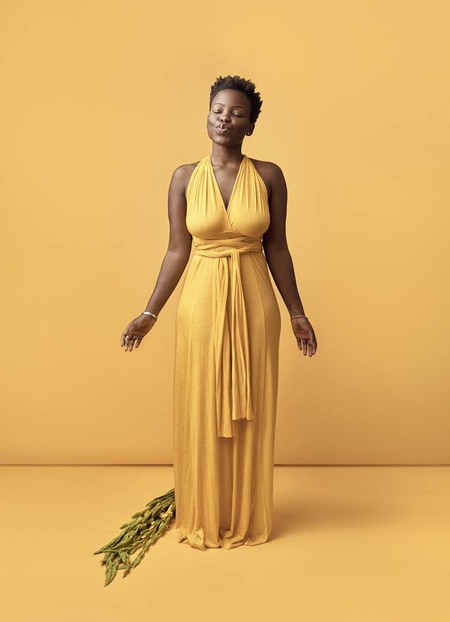 Born in 1946, Jolly Maxwell Ntaba is celebrated as one of Malawi’s finest creative authors. Ntaba is among the Pan African writers that rose to fame soon after Malawi’s independence in 1964. Although he produced several literary works in English, Ntaba is best recognised for his stories published in Chichewa. The secondary school teacher, who earned a Master of Arts in Linguistics from Reading University in the UK, wrote short stories that were broadcast on BBC radio. His fluency in English secured him a job at one of Malawi’s most prominent weekend papers, Malawi News, where he had a column entitled ‘Bob K Speaking’. Ntaba also had his stories published in Malawi Police Magazine and Moni Magazine. His literary works include Avenger’s Fury, Mwana wa Mnzako, and Mtima Sukhuta. Most of his writing was inspired by village life. Ntaba died of kidney failure in 1993. 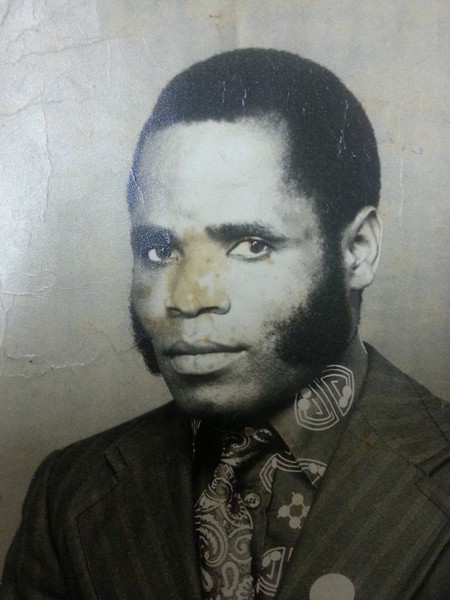 Desmond Dudwa Phiri, popularly known as DD Phiri, is among the few living writers of his era still working today. The 86-year-old Malawian writer, economist and historian is highly respected for his contribution to the publishing industry. Phiri is an insightful writer with vast knowledge of economics and history, thus making his work a key reference for Malawian writers and academics. Apart from having literary columns in Malawi’s top daily newspapers – such as The Times in which he tackles economic issues – Phiri has written 17 books, many of which have earned him a number of awards. Some of his books include History of Malawi, Diniwe in Dreamland, Let Us Fight for Africa: An Uprising by John Chilembwe in 1915 and What Achievers Say. In 2010 Phiri was recognised by the Ghanaian-based Pan African Writers Association (PAWA) with an award which designated him a seat alongside Africa’s greats; Chinua Achebe and Ngugi wa Thiong’o. 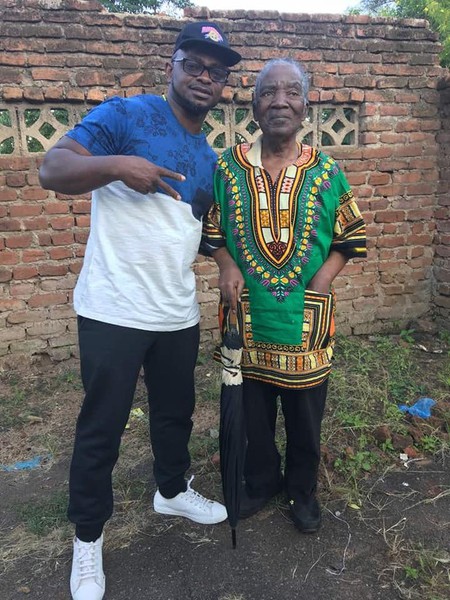 Jack Mapanje is a poet whose work highlighted the injustices imposed by Malawi’s post-independence government. Born in 1944, the linguist and poet is remembered as a brave writer who fearlessly criticised the political power of the one-party regime. His poems tackled issues of forced imprisonment and other abuses common at that time. He exposed what he believed were lies made by politicians. After earning a PhD in linguistics from University College London, Mapanje taught English at Chancellor College, University of Malawi. The revolutionary writer stirred the wrath of the one-party regime, led by first President Dr Hastings Kamuzu Banda, by publishing his first book titled Of Chameleons and God, for which he was jailed in 1987. The book was immediately banned because it criticised the government. Mapanje spent four years in the country’s most notorious prison, Mikuyu, where he continued writing. During this time, Mapanje authored The Chattering Wagtails of Mikuyu Prison (1993). In 1988, while incarcerated he received the Rotterdam Poetry International Award. Other work by Mapanje includes Gathering Seaweed: African Prison Writing (2002).

The renowned politician, journalist and writer Ken Lipenga was born in 1952 in Phalombe District. Lipenga majored in English and history to become one of Malawi’s finest literary figures. In his career as a media practitioner, Lipenga worked as Editor-In-Chief and General Manager of Blantyre Newspapers Ltd in 1986 (the publishers of The Times, Sunday Times and Malawi News). The one-party regime of Hastings Dr Kamuzu Banda’s dictatorial rule infringed press freedom, and consequently the tension between the government and the media led to the dismissal of Lipenga, whose column ‘Off the Cuff’ was viewed as anti-regime and supportive of Banda’s opponents. His articles were also banned from publication for criticising the government. Lipenga’s creative writing has made a significant impact in the education system as some of his books, including Waiting For a Turn (1981), are taught in secondary schools. Another example of his most famous work is Of “been-tos” and Messiahs: Millennialism in Armah’s Fiction (1986). The renowned writer currently serves as Minister of Finance and Tourism. 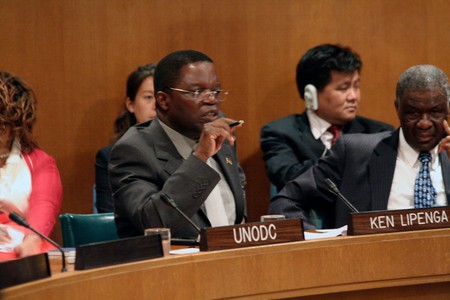 Within the circle of great Malawian writers, Steve Chimombo has earned his space and recognition. Unlike his fellow writers that went into exile during the one-party era, Chimombo kept writing while a lecturer at Chancellor College, University of Malawi. Chimombo earned a Ph.D in teaching at Columbia University in the United States. Born in 1945, the poet is remembered as one of the leading African writers as his poems received recognition in the form of the Noma Award for Publishing in Africa. Professor Chimombo authored novels including The Basket Girl and The Wrath of Napolo, while his plays include The Rainmaker and Wachiona Ndani. He also wrote the poems ‘Napolo’ and ‘The Python’, as well as the short story ‘The Hyena Wears Darkness’. The Malawian poet, writer and teacher died in 2015.

Stanley Onjezani Kenani is another Malawian writer who has gained international prominence. Born in 1976, the poet and short story writer is the only Malawian to have been shortlisted twice for the Caine Prize for African Writers – Africa’s highest literary award. Kenani, the former president of the Malawi Writers Union and who now works for the United Nations, has been performing his poetry on platforms such as Arts Alive Festival and Poetry Africa in South Africa, and Struga Poetry Evenings in Macedonia. He has also rubbed shoulders with other renowned world poets like Mahmoud Darwish of Palestine, Carolyn Forche of the USA and Shimmer Chinodya of Zimbabwe among others. During his career, Kenani has received numerous awards. His short story ‘For Honor’ earned him the HSBC/SA PEN Competition award in 2017, against writers from 12 Southern African countries. In 2012, Kenani’s story ‘Love on Trial’ was shortlisted a second time for the Caine Prize. He is currently the treasurer of the Pan African Writers Association (PAWA), a body of writers based in Ghana. Kenani published a collection of short stories in 2011 under the name For Honor and Other Stories. 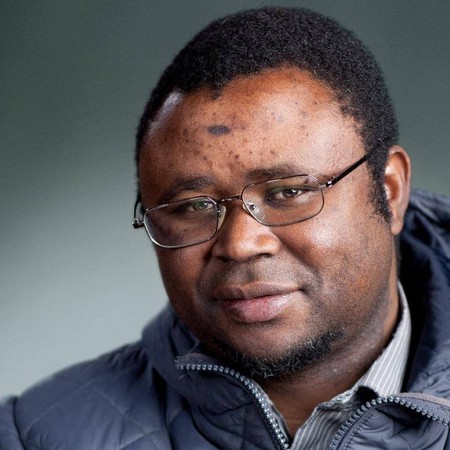