How You Can Help Save Madagascar’s Lemurs 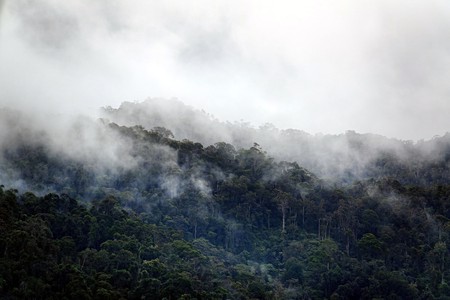 With over 90% of Madagascar’s natural habitat destroyed, ecotourism has recently been billed as the silver bullet for conservation, becoming one of the country’s top three income generators. However, ecotourism has begun to place an increasing strain upon Madagascar’s endemic lemur population. By engaging in responsible tourism practices, you can both see and help to save this native species.

The lemurs of Ranomafana

Ranomafana National Park is a steamy, montane rainforest on the eastern edge of Madagascar’s highlands. In this steep world of forest and mist live the endangered Milne-Edwards’ sifaka, the critically endangered black-and-white ruffed lemur, the greater bamboo lemur and the golden bamboo lemur. The latter two are the park’s most famous inhabitants, whose existence in Ranomafana was discovered by Dr. Patricia Wright in 1986, leading to the park’s creation.

The Malagasy government’s promotion of ecotourism has seen the annual number of tourists viewing Ranomafana’s lemurs exceed 24,000 people, generating over £1.3 million (almost $1.8 million USD) per year. While this has benefited the economy, the influx of camera-wielding tourists appears to be negatively impacting the park’s prized lemurs. 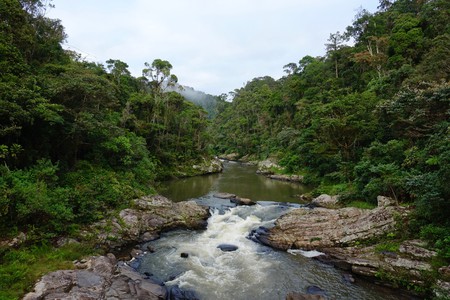 The issue with ecotourism

A recent review found that the population size and average weight of certain tourist-visited lemur groups in Ranomafana has decreased since tourism began. Their behaviour has also shifted, with groups spending less time feeding and resting, and more time travelling and grooming in response to stress.

Alarm call frequency has also dropped, alongside a rise in lemurs killed by their natural predator, the fossa. This is likely due to a reduced awareness of threats when disruptive tourists are present. The risk of diseases spreading from tourists to lemurs is also increasing and greater bamboo lemurs that have come into contact with tourists have contracted human nematode parasites.

To increase their tips and avoid disgruntling visitors, park guides are often anxious to ensure that tourists see the lemurs. Therefore, the six-person limit per lemur group is rarely enforced—a group of 55 people once surrounded a lemur troop.

In 2006, a tourist-visited sifaka group contained ten individuals, but come 2009, just one sifaka lemur remained. The sifaka population has since recovered thanks to intervening measures preventing tourist visits, but this highlights how ecotourism is beginning to effect the lemurs and, inversely, how managing tourist activities can reduce this impact. 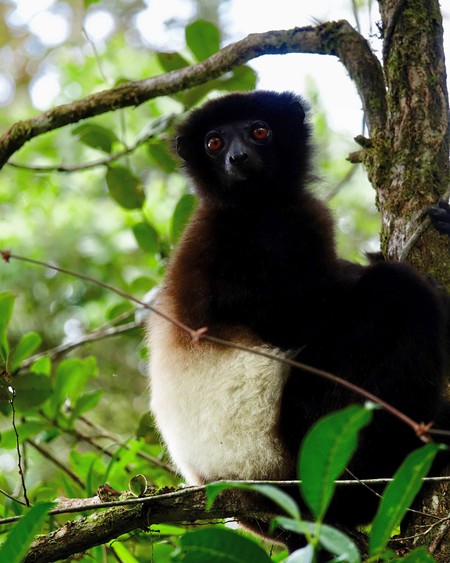 One way you can make a meaningful difference while visiting Madagascar is to inform the tour guides that you’re happy to wait your turn to see the lemurs. By enforcing the six-person rule yourself, you are not only reducing the stress on lemurs but also preserving the rainforest undergrowth (and the animals that depend on it), which is often trampled as crowds jostle for prime lemur-viewing positions.

Do not pay to take selfies with ‘pet’ or caged lemurs and do not circulate these ‘cute’ images on social media—it only promotes the removal of lemurs from their habitat and families. Visit anytime from April to June, which is before the season when weather conditions, the birth of infants and high tourist numbers make survival more stressful for lemurs. Do not buy rosewood products as these are illegally logged from Madagascar’s forests, promoting the ‘rosewood mafia’ and the illegal trade of ‘pet’ lemurs.
Do not litter, remove pieces of nature, shake trees or shout to gain lemurs’ attention. Keep your distance from the lemurs, bring a refillable water bottle and make yourself more knowledgable about lemur conservation issues to be more aware of your impact on them.

Many of these suggestions can be applied to global ecotourism. By respecting Madagascar’s unique ecology, you can help combat the conservation crisis. Just remember, it’s fine if you don’t actually see lemurs in the dense forests—the important thing is that they’re still out there. 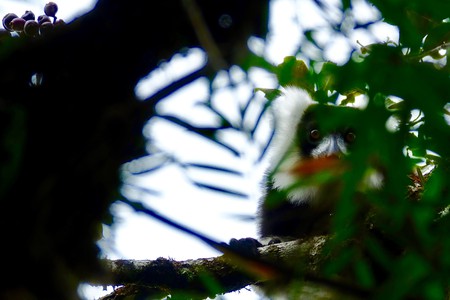