An Introduction to the Antakarana People of Madagascar 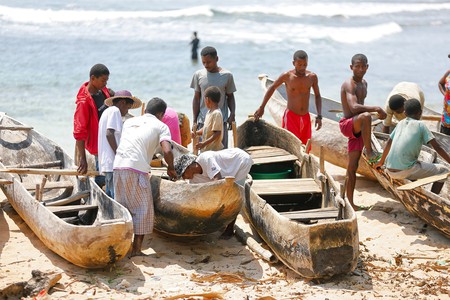 The Antakarana – or ‘people of the rocks’ – have been based in the far north of Madagascar since the 16th century.

Their name refers to a time when they had to avoid the attack of another ethnic group by running away and spending a year hiding in limestone caves. Their escape led to them moving to the island of Nosy Mitsio, as well as converting their religion to Islam.

The Antakarana people (sometimes also called Antankarana) were originally part of Madagascar’s Sakalava people. In the 16th century, a disagreement led them to split off from the Sakalava and settle in the northernmost part of the island.

In the 1800s, the Merina tried to expand across the island and into the Antakarana’s region. The threat of war in the 1830s forced the Antakarana, led by King Tsimiaro I, to flee from impending attack to the limestone caves of the Ankarana rocks. They were in hiding in the caves for more than a year – during which time many of the people died – before they were allegedly betrayed by one of their own and discovered by the Merina soldiers. It is said that the king prayed for his people to be delivered safely and promised that, should they escape, they would convert to Islam, the religion of neighbouring Arab traders. He then led his people across the water in dugout canoes until the majority reached the safety of Nosy Mitsio island. After their successful escape, the king upheld his promise and the people became Muslim.

The Antakarana are a Malagasy ethnic group of around 50,000 people who inhabit the far north of the island from Antsiranana down the west coast as well as the island of Nosy Mitsio. They are, effectively, cut off from the rest of the island by the Tsaratanana mountain range to their south.

Their name – ‘Antakarana’ – means ‘people of the tsingy’, the limestone rocks found in the Ankarana Reserve where they hid from the Merina attack. 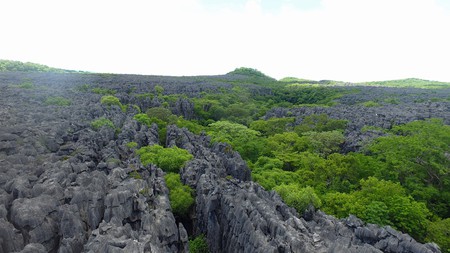 Like the Sakalava people, the Antakarana place great importance on honouring their ancestors, and also take part in similar rituals as part of their culture. For example, the tromba ritual of communicating with ancestors through spiritual possession is practised by both Antakarana and Sakalava. As well as worshipping their royal ancestors, many Antakarana still practise some form of Islam, although most are not orthodox. Every five years they celebrate the tsanga-tsaina festival, where they show their commitment to the king – who is a living descendent of four centuries of royalty – and undertake a pilgrimage to Nosy Mitsio, where they escaped to safety from the Merina people.

The Antakarana now tend to grow rice and vegetables or farm ‘zebu’ cattle. 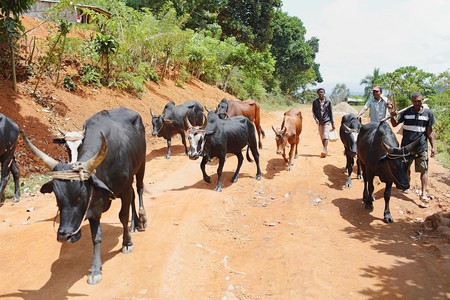 Those with access to education might work in schools or hold government positions, while others along the coastline work as fishermen.

They have a caste system (nobles, commoners and slaves) with those of noble descent historically living in the north of a village and everyone else living on the southern side. However, as marriage between different classes is quite common, it’s unusual to find someone today who isn’t related in some way to a member of nobility.