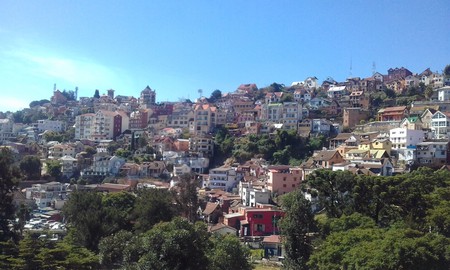 Even if you’re only staying for a couple of days, Madagascar’s capital city, Antananarivo, offers some amazing historical sites well worth visiting. Referred locally as “Tana,” Antananarivo boasts some beautiful grand designs. Here we take a look at the top 10 must-visit architectural attractions in Antananarivo.

The Rova of Antananarivo

Perched on top of a hill, the Rova of Antananarivo is one of the symbols of the Imerina Kingdom. Inside the royal enclosure there is a church and various palaces, including the the Queen’s palace. After burning down in 1995, the Rova was rebuilt and still remains as a place worth visiting to enjoy the breathtaking view of the town below. 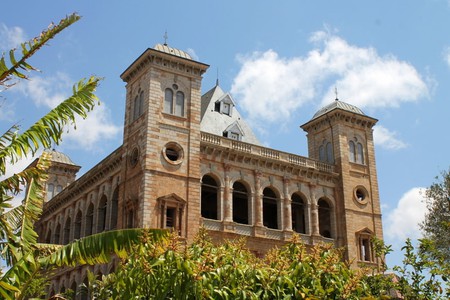 The Law Court of Ambatondrafandrana

This is the law court Queen Ranavalona II commissioned in 1881. Built without walls by James Parret, it is inspired by the ionic Greek Ionic style of architecture with its 16 columns.

Built in 1872 by the English architect William Pool, the Prime Minister’s Palace was a replacement for what was originally a wooden building. Burned to the ground but restored in 1976, it is home to a permanent exhibition of royal attributes and personal effects from the Queen’s Palace in the Rova of Antananarivo, which also burned down. 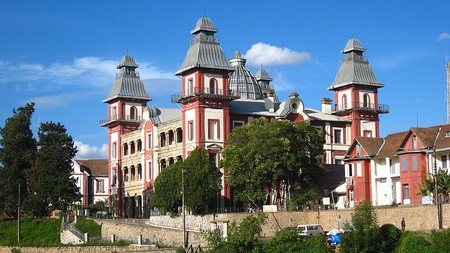 Andohalo Place was the home of the first market of Zoma (Friday market). Before its inauguration, all official monarchic ceremonies took place in Andohalo. On October 14, 1958, the birth of the Malagasy Republic was proclaimed there.

The Upper Town is located on the hillside from Faravohitra to the Queen’s Palace and is known for its diverse architecture inspired by an eclectic mix of British and French styles. Wood-carved balconies and red-brick houses make up the colorful hillside. It also offers a captivating and stunning view from the top of the hill.

The Anglican mission became owner of the district of Ambohimanoro at the end of the 19th century. The Cathedral was built in 1889 under the supervision of the architect Alfred Anker (Norway) and the engineer William White (UK). The church is constructed in a Gothic style.

This was a wooden building before 1892 when Malagasy architects decided to rebuild it with red bricks. When General Galliéni became the governor of the colonial administration in Madagascar in 1897, it became home of the post office until 1903. 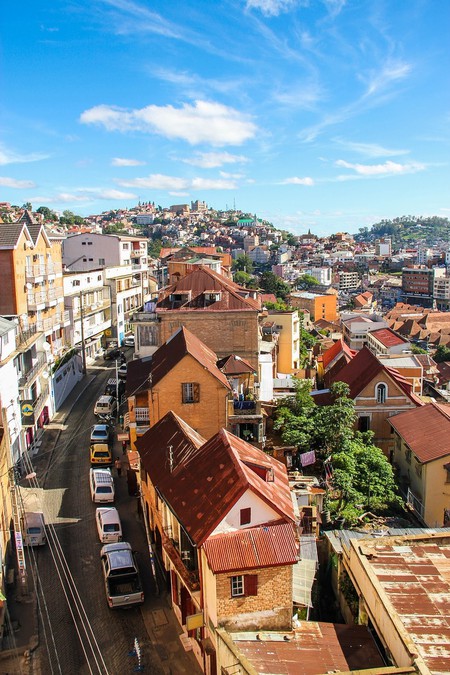 The Roman Catholic Cathedral of Andohalo

Initially the cathedral was a wooden church, but was rebuilt in stone in 1890. This building was the work of Father Alphonse Taix. When Pope Jean Paul II came to Madagascar in 1989, the church was among the places he visited.

The Lutheran Church of Ambatovinaky

Ambatovinaky was the first Lutheran church established in Antananarivo in 1871. Outside the church, there are some tombs of Norwegian missionaries who died during the first years of their arrival in Madagascar. The grounds offer a breathtaking view on the city.

At this site, a wooden building was constructed by architects James Cameron and William Pool. It received its first office in 1831. The building that stands here now was built in 1864 by James Sibree. This church is the symbol of the first use of stones in its architecture and is registered as a national heritage site.