A Libyan Feast Of Sacrifice For Eid Al-Adha 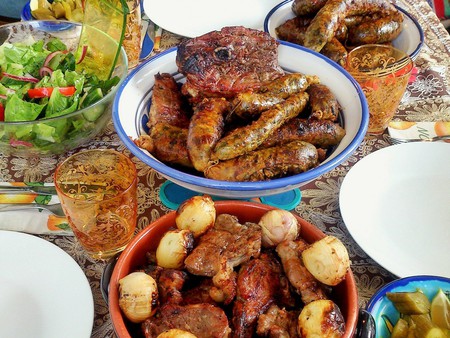 The Muslim festival of Eid Al-Adha celebrates Ibrahim (Abraham) willingness to sacrifice his son. Our local guide Sarah Elmusrati brings The Culture Trip readers the inside story of how Libyans commemorate the day.

You never know what the weather will be like, but come rain or shine, a sheep will be slaughtered. Following the Islamic lunar calendar the Feast of Sacrifice, or Eid Al-Adha, falls on a different date each year, slowly cycling through the seasons. The weather may be unpredictable but the ritual, rooted in centuries of worship and tradition, will not change.

It was all sun for the thousands of Libyan families partaking in the Eid this year, feasting for the better part of three days starting September 12th. Like many Muslims around the globe, Libyans offer part of their livestock to Allah in commemoration of Abraham’s sacrifice and God’s mercy by replacing his son Ismail with a ram. And despite conflict, terrorism and a liquidity crisis, like the weather, nothing will stop the force that is Eid. 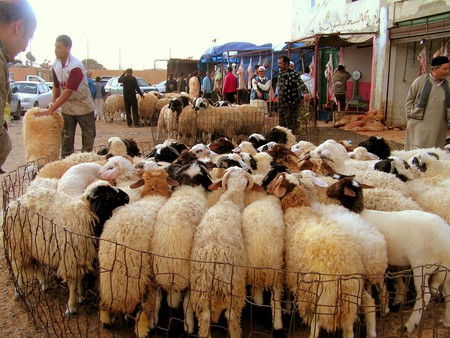 A Feast fit for a king, Eid Al Adha is a culinary showcase of Libya’s finest recipes. It is a practice in ethically and sustainably using up an entire animal, showing respect for life and the bounty given to us.

In the less prosperous pre-Petrol days, partaking in Eid al-Adha meant that most families saved up all year to buy a sheep and were very frugal in its consumption. Everything from head to hoof, and I do mean everything, is put to use. Hardly a thing goes to waste.

The first day of Eid begins with a sermon and prayer. The new clothes are then set aside for the next day, and on come the sweats, aprons and flip flops! The sheep is slaughtered and hung to drain and dry, and then a day of marathon butchering, prepping and cooking begins! Day one is strictly a family affair, and the friends and fun are left for days two and three, after the hard labor is done.

Working in an assembly line progression, the men first skin the sheep. The organs and intestines are removed and cleaned, and finally the carcass is butchered. The women then take over, airing the skins and wool to make rugs or blankets for winter. The head and hooves are scorched on an open flame, and made into a stew. Some of the offal is stir fried into glaya, and made into sandwiches for breakfast. The stomach and intestines are used to make osban and stuffed with rice, fresh herbs and the remaining offal, a close cousin of Scottish haggis. 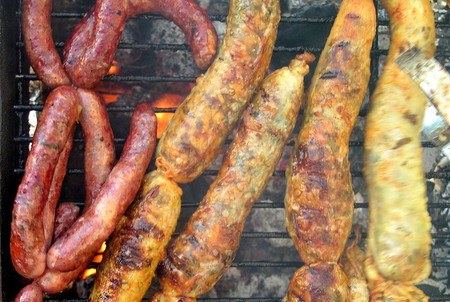 The rest of the meat is chopped and seasoned simply with salt, some of which is grilled. But the bulk of the lamb is cut into strips and hung to dry for several days, before confiting and preserving in sheep’s fat. Traditionally any rain would be a disaster to this process, and that Eid will be declared cursed! This dried jerky-like meat is called gideed, and will form the base for so many Libyan dishes, including the globally popular shakshuka. A supply of gideed is meant to last a whole year until the next Eid comes round. 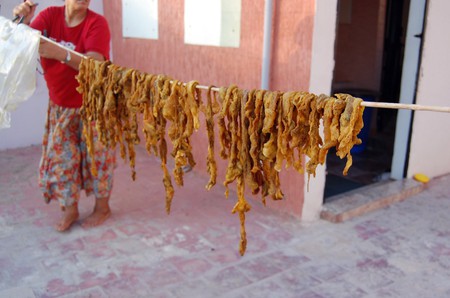 Sunny weather is ideal. It’s perfect for airing out the skins and wool too. It’s great for the barbecues; for the young boys who spend a good part of their holiday picnicking at the beach; and for the ladies lounging under the shade of the tree, drinking tea brewed on the coals leftover from lunch. And it’s best for the little kids, licking their ice-creams at the seasonal fun fairs, while their parents watch on, reminiscing about their childhood, and Libya’s better days. 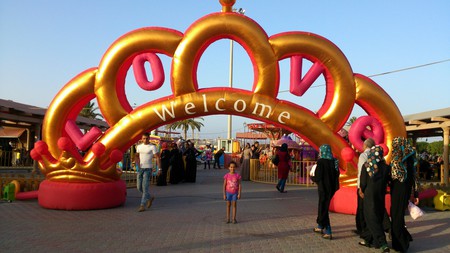 Entrance to one of many pop-up fun fairs during Eid. | © Sarah Elmusrati

So no matter the weather, and despite schools being postponed another month because the government cannot afford to print new text books, and a battle over Libya’s oilfields being launched on Sunday, the first day of Eid, between rivaling governments East and West -Libyans will continue to find hope and create joy, celebrating Eid, even if it’s only for the sake of their children. 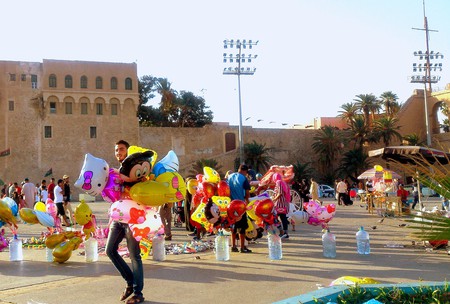 Tripoli’s Martyrs’ Square, the landmark known for the Arab Spring protests, turns into a children’s wonderland during Eid. | © Sarah Elmusrati
Give us feedback