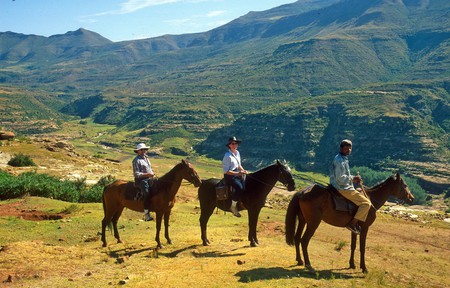 Once primary centres of commerce in the world’s highest country, today Lesotho’s trading posts have been converted into a selection of scenic lodges where guests can still experience all the dramatic romance of a bygone era. Take a hike into this mountainous kingdom with Culture Trip as we explore the history of these settlements.

The history of Lesotho’s trading posts

Stunning Lesotho is a sparsely populated region where snow-capped peaks tower over remote little villages that make the rest of the world seem far, far away. Approximately a century ago, a network of trading posts were created by entrepreneurs who procured crops, cattle, wool and mohair from the largely rural Basotho population, then selling these commodities into established markets in South Africa. 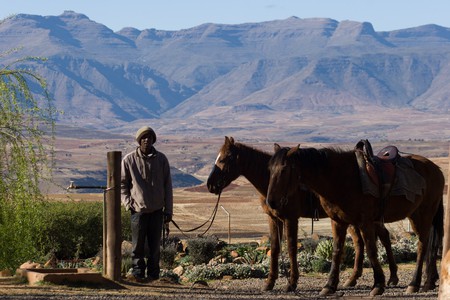 The mountains of Lesotho | © Di.Malealea/Flickr

As commerce developed, the traders began selling goods to the Basotho and added services such as post offices, animal husbandry, grain milling, fuel and liquor sales, and monthly clinics. Generally, a good and friendly relationship was enjoyed by all as the traders were a free-spirited bunch who understood the trails and tribulations of living in such a remote region. Also, most of them could speak Sesotho.

The Malealea trading post was established by trader Mervyn Bosworth Smith, a larger than life character famous for his unusual antics. Beginning with just a tent, he went on to build a store, sheds and even houses on his remote Lesotho plateau. All materials were transported by ox wagon up treacherous and unforgiving mountain passes. However, it was his billiards table that become the talk of the region, with the score book in the wood-panelled billiards room standing as a record of travellers who passed through it. Today, the Malealea Lodge still retains Smith’s pioneering spirit and offers all sorts of outdoor adventures such as pony trekking, village visits and hiking. 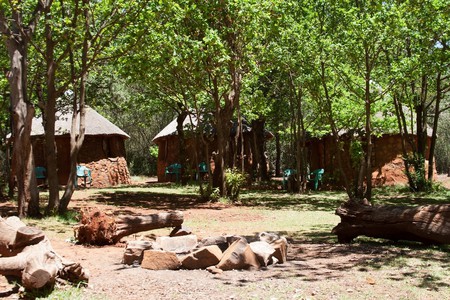 Down in the lowlands, nevertheless still pretty high, is the Roma trading post, established by John Thorn. The fifth generation of the Thorn family now own and run Roma Lodge were little has changed since the early trading days of John Thorn. Blanket clad horsemen still arrive at the lodge to buy supplies while donkeys bring grain to grind. The Thorns have also turned the nearby Ramabanta trading post into attractive accommodation where guests can experience multi-day pony trekking, hiking and visits to the dinosaur footprints. 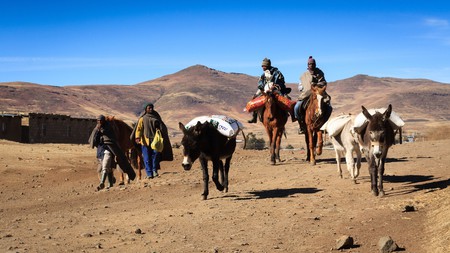 It took 1,000 tired donkeys many trips over winding mountain passes to erect the Semonkong trading post that once accommodated Frasers store, a chain that prospered by selling the Basothos’ beloved patterned blankets, which are still seen over the shoulders of herders today. The first manager at this trading post was Jimmy Ashdown who is said to have readily tore up floorboards to replace a propeller on the wind-powered battery charger for his radio. Today, the cosy lodge offers interesting options such as pub crawls by donkey, abseiling down the nearby Maletsunyane Falls (the world’s longest commercially operated, single-drop abseil), and more gentlemanly pastimes such as fly fishing. 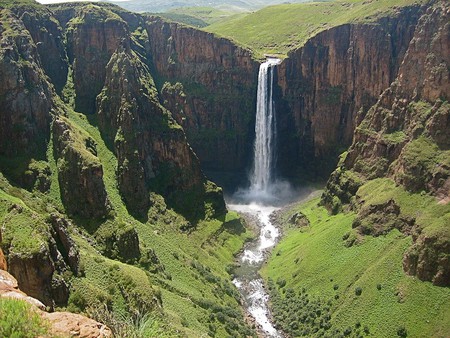 The most isolated of all Lesotho’s trading posts, Molumong lies close to the Sani Pass deep in the Maluti Mountains. The post was established by John White-Smith, an intrepid Scotsman who persuaded the local chief to give him the worst piece of land in the district. Today, the electricity-free lodge offers pony treks up to the highest peak in Africa.