Meet Sadikou Oukpedjo, the Artist That Reflects the Soul of Humans, Animals and Objects 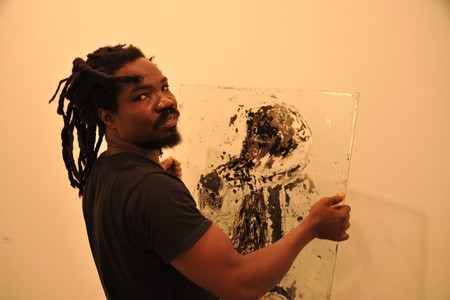 Take a trip into the depth of the human soul and discover one of West Africa’s most fascinating artists. Sadikou Oukpedjo transforms ordinary objects into intriguing paintings and sculptures. 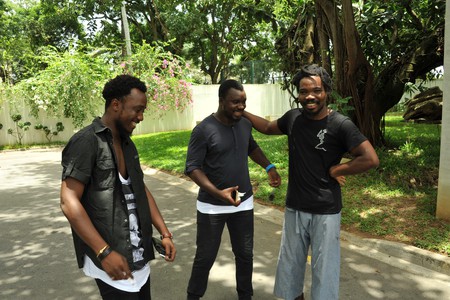 Abidjan, a thriving place for the arts

In search of a thriving place where he could be amongst fellow artists, Sadikou Oukpedjo moved away from his hometown, Lomé, in Togo. First stop: Bamako, Mali. After a rough start, he was finally getting some recognition, but the political crisis arrived. This caused many artists to move away, including Sadikou who decided to pack his things and move to Abidjan, the capital of Ivory Coast and a thriving place for the arts, with many new and inspiring art galleries and thus numerous fellow artists. 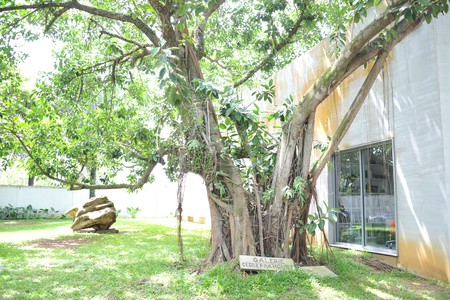 After participating in the Dakar Biennale of 2014, he was introduced to Cécile Fakhoury by the curator Koyo Kouoh. Located in Abidjan, hers is one of the leading galleries in West Africa. In April 2016, he had his first solo show there. It was a tremendous success; almost all of his pieces were sold in less than a month. She also presents his work at prominent art fairs in London, New York and Paris. 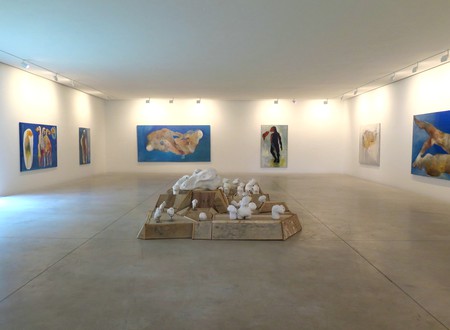 Book of the dead 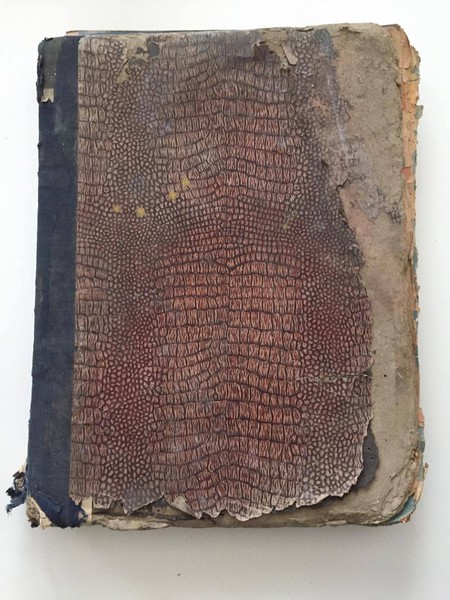 One of his most intriguing works is a series of portraits drawn in old books. In 2014, while accompanying his friend the photographer François-Xavier Gbré, he found a pile of old books lying around the former courthouse of Dakar. Wanting to keep himself busy in his tiny hotel room, he picked up a few of them to draw in.
‘I let the energy of the moment and the object guide me. Somehow I was drawing heads which were partly human and partly animal. It went very fast. It was as if the book compelled me to draw. It was only later when I first showed this work to a friend and he asked me: ‘Do you know what kind of books these are?’ that I realized that I was drawing on the pages of a very old death register. It was the official register of Dakar of 1943 in which the city wrote down the name, date, place and cause of death of its citizens. It seemed I was somehow making their portraits, adding a new dynamic to their death… or their life.’ 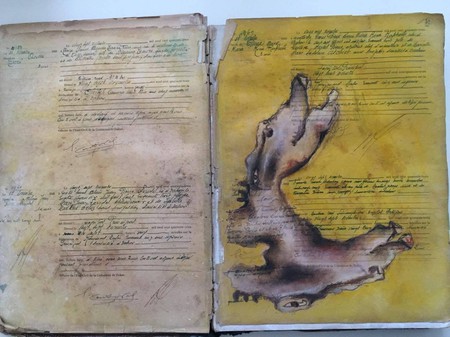 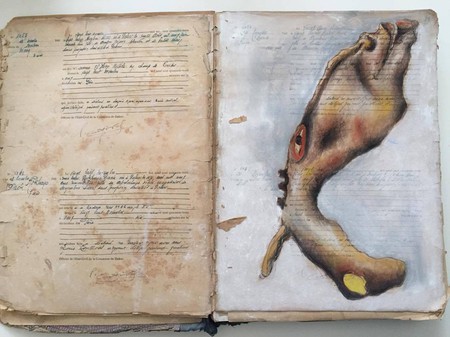 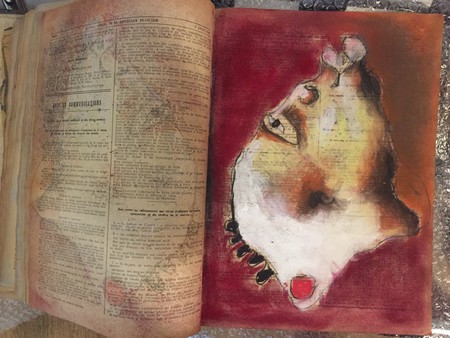 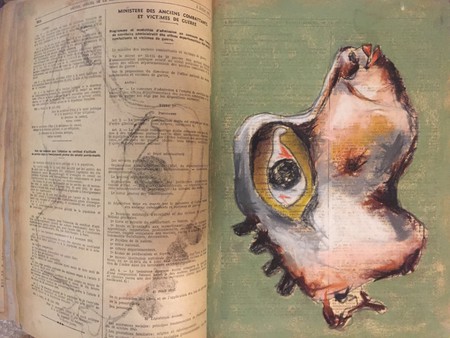 One of the main characteristics of his modus operandi is letting the energy of the material lead him. He constantly experiments with different types of paint as well as textures to paint on. At the moment, he is working on a series of portraits made on old mirrors.

‘Mirrors capture a part of the soul. The mirrors have been reflecting things that people wanted or didn’t want to see from themselves. I’m giving them a new life. I reshape what has been reflected, recycling not only the mirrors but also the traces of the identity people left there.’ 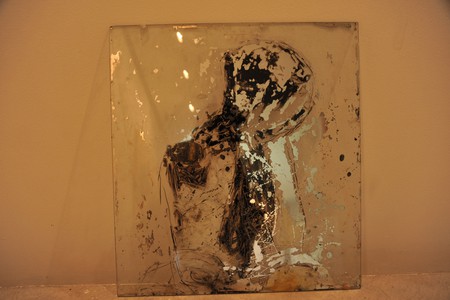 Work in progress from his series on old mirrors | © Maaike Wuyts

Animals with a conscience

Another leading theme in Sadikou’s work is the metamorphosis of animal to man. During his childhood, he witnessed a ritual where several cows were sacrificed. He was struck by one of the cows that was crying and asked himself: ‘Why is the cow crying if she isn’t conscious she will die?’ This question remained with him for many years and alimented his search for the difference between man and animal, leading him to the conclusion that just like humans, animals have a conscience as well. 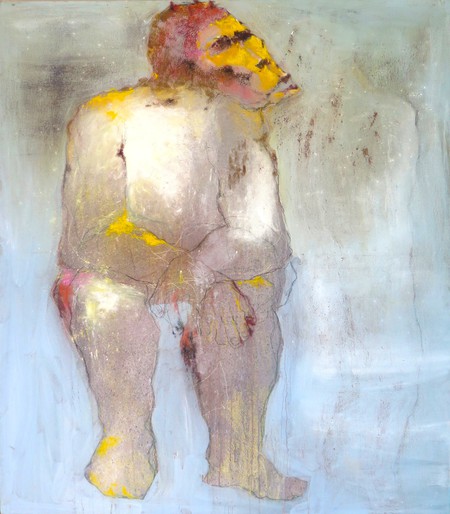 Sadikou bought a piece of land where he intends to build a workplace with a large wood fired-oven that will allow him to make ceramic sculptures the traditional way. His dream is to make this place into an art centre where artists from around the globe can come and create. 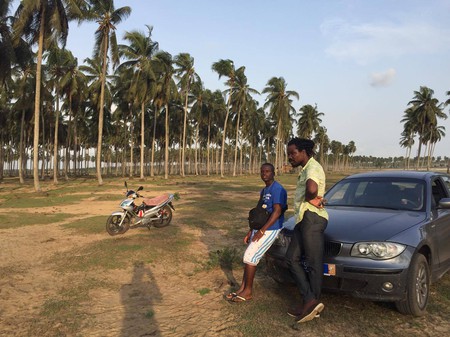