10 Inspiring Women to Know From Ethiopia 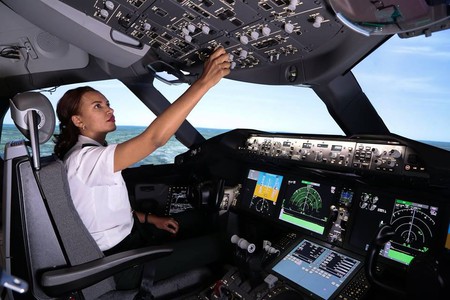 Be it in the field of science or the world of sports, we have seen women role models rise to defy odds and go beyond societal expectations. Allowing themselves to dream big, these are some of the many Ethiopian women who have risen early and slept late, dared to venture into the unexplored, and showed that women can achieve great things.

Rebelling against the status quo whenever she sensed injustice, Meaza’s interest in human rights issues began at a very young age. Refusing to chant a slogan one time and to cook for male students in a camp at another, she was arrested on two different occasions for exercising what she believed in.

Later on, Meaza studied law at Addis Ababa University and served as a judge at the High Court of Ethiopia for three years. This opened her eyes to the inequality and injustice women face in the implementation of the law, which led to her establishing the Ethiopian Women Lawyers Association (EWLA). Since it opened its doors, EWLA has appointed lawyers to women for free and provided free legal counseling and related services to over 100,000 women. The association has handled high profile cases involving child marriage and other harmful traditional practices.

It is rare to hear the voice of a female captain grace the speakers of an Ethiopian airplane. It’s the voice of Amsale Gualu, whose name will go down in history as the first female captain in Ethiopia and the sixth female pilot in the country. Her lifelong love of flying began when her father took her and her siblings to airports every week for the sheer fun of watching planes take off and land.

As a college student studying architecture, Amsale took an entrance exam to join the aviation industry but failed. As a senior, she gave the exam one more try and passed with flying colors.

Not yet convinced of her acting or writing skills at a young age, Meaza never thought that she would one day own a radio station that is cherished by so many. When an opportunity presented itself for her to be part of a radio drama, Meaza had a eureka moment – this was the career that spoke to her heart. She says the strong love of reading she inherited from her father has been a great pillar for her career.

Following her graduation from Addis Ababa University, Meaza first worked as a sports journalist and explored different options, like writing for the monthly magazine of the Commercial Bank of Ethiopia and being the press and information director at the Ministry of Foreign Affairs. Together with her husband, Abebe Balcha, and her longtime friend, Teferi Alemu, Meaza set up a radio station, Sheger FM 102.1, in 2005. To date, she continues to create thought-provoking, original, informative and entertaining content through her weekly programs, Yechewata Engeda and Sheger Café. Her advice to women is to go beyond boundaries set by society. 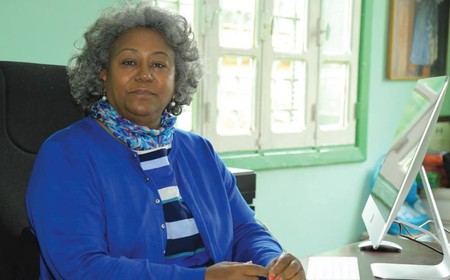 At the tender age of six, Emahoy Tsegué-Maryam boarded a ship with her older sister to travel to Switzerland for the sake of getting a better education. The movement of the sea and the moon shining in the dark during their journey was etched in her mind and later became an inspiration for her instrumental score, ‘Song of the Sea’. Soon after that, Emahoy Tsegué-Maryam started taking piano lessons at the age of eight and presented her own concert at ten, proving to be a prodigy. ‘Homeless Wonderer‘ is one of Emahoy Tsegué-Maryam’s powerful songs that move many to tears. Back in Ethiopia as a young woman, Emahoy developed an interest in the beautiful songs of the Ethiopian Orthodox Church and spent time studying them. She later decided to spend her life as a nun and live in Jerusalem. To date, she has produced six albums, including The Visionary, with proceeds going to different charity initiatives.

When she realized her second son was autistic, Zemi had to make an important decision – to move back to the United States where she could get support for her child easily or stay in Ethiopia to help mothers with similar problems. In a country where autism was considered a curse and autistic children were confined to a room, Zemi made a daring move and established the first autism center in Ethiopia. Called Joy Center for Autism, the institution provides its services to over 80 autistic children, teaching them much more than communication skills. Zemi is also the founder of Nia Beauty and Modeling School. 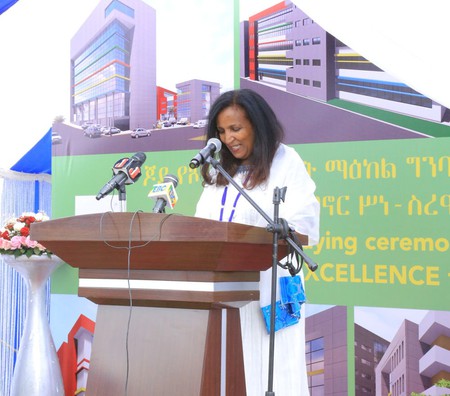 Commitment, discipline and a deep desire to win is what Tirunesh Dibaba says is the formula for her athletic success. Tirunesh found her legs while running during her PE class in elementary school. She was at the tender age of 15 when she represented Ethiopia in the 2001 World Cross Country Championships in Belgium. In 2008, Tirunesh became the first woman to win Olympic gold medals in both the 5,000-metre and 10,000-metre races. In 2012, she won a second Olympic gold medal in the 10,000-metre race, becoming the first woman to ever retain her title in that discipline. She is an eight-time world champion and is the world record holder in the 5,000-metre and 15-kilometre races.

Tirunesh was born into a family of runners. In fact, her aunt, Derartu Tulu, was the first African woman to win a gold medal at the Olympics held in Barcelona in 1992. 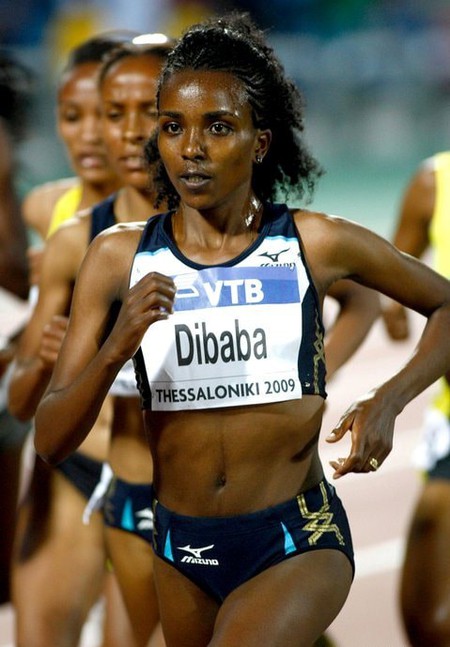 Working to empower people with disabilities and vulnerable groups, Yetnebersh is a woman with powerful vision. Having lost her eyesight at five, Yetnebersh says being blind has been a blessing in disguise. After studying law, she worked extensively in creating awareness for inclusive development and the rights of all citizens. She has served as the executive director of the Ethiopian Center for Disability and Development (ECDD), which she co-founded with other prominent Ethiopians. She has also put her mark on the education sector by setting up a kindergarten and primary school in Addis Ababa. 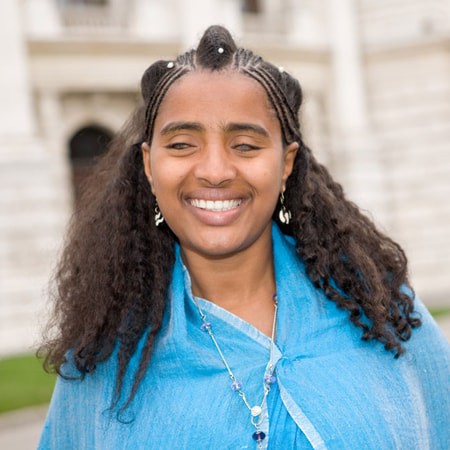 Yetnebersh Nigussie on a visit to Vienna, Austria | © LIGHT FOR THE WORLD Austria / Wikicommons

A patient comes in a wheelchair and leaves walking with no support – at the end of an exhausting day, these kinds of stories put a smile on Dr Mehela’s face, the first female neurologist in Ethiopia. Dr Mehela, who studied medicine after being inspired by her pharmacist mother, is one of only 24 neurologists in the country. She aspires to increase the availability of necessary medical equipment, like the Electroencephalography (EEG), in the country. At least 600 are needed in a country where now, there are only 10. Her best advice is to set goals and work persistently towards them.

After long hours of labor with no medical support, many women suffer from a preventable childbirth injury called fistula. When she came to Ethiopia in 1959 from Australia, Dr Hamlin had no idea that she would be spending the rest of her life in the country helping fistula patients. In 1974, Dr Hamlin and her husband built the Hamlin Fistula Hospital in Addis Ababa, where over 35,000 fistula patients received medical help, recuperated and returned to their hometown. The hospital has 122 beds and all services are given for free. Regional hospitals were also set up by Hamlin Midwives College to train professionals who work to prevent fistula.

For her incredible contributions, Dr Hamlin has been given an honorary Ethiopian citizenship. She continues to conduct surgeries at least once a week and give these women new lives. 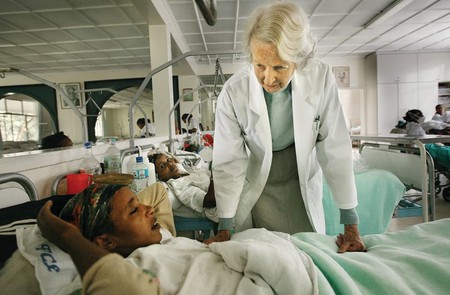 On her way to a monastery in the northern part of Ethiopia in her mid-40s, Dr Abebech saw people dying of hunger during a period of devastating famine in Ethiopia in the 1980s. Speaking in retrospect, she describes the moment as one that changed her entire life. When she travelled back to Addis Ababa, Abebech was not alone – with her were two children that lost their parents to the drought. Despite the resistance from her own family about taking in these orphans, Abebech continued supporting abandoned children by setting up one of the oldest orphanages in Ethiopia. Today, it’s a place where many call home and gradually leave after finishing school to start their own lives.