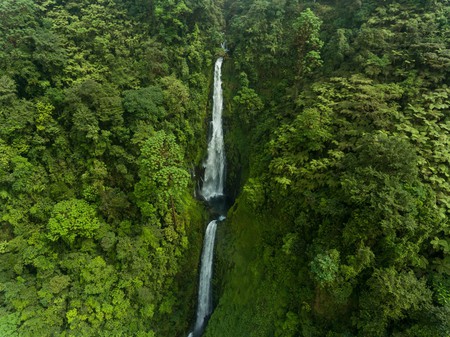 Parrish Turner
Us Books Editor31 May 2018

La Bastarda is the first book written by a woman from Equatorial Guinea to be translated into English. That alone is a noteworthy accomplishment for Trifonia Melibea Obono, but it pales in comparison to the work itself.

At its heart La Bastarda is a coming-of-age story, exploring the tensions between one’s natural inclinations, cultural influences, and the choices that shape one’s journey. Main character Okomo is a young orphaned girl raised by her strict grandparents to be a valuable member of her community, the Fang. She longs to meet the man who fathered her but never married her mother. 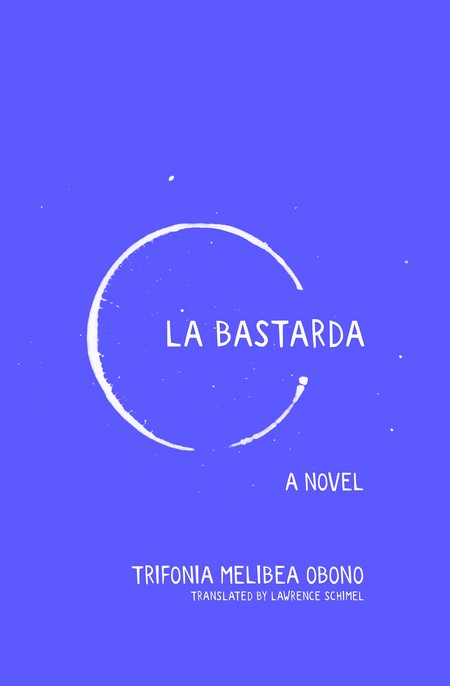 Okomo is also on a journey of self-discovery. She searches for her place in society. She finds a sense of belonging in her lover Dina and two other young women who create “The Indecency Club”—an affectionate name for their polyamorous connection where the group is only sexual with each other with all four present.

Okomo has a close relationship with her uncle, Marcelo, and has observed the way he is treated as an outcast by the community for his failure to live up to proper Fang masculinity. He turns down any arrangements of marriage. When he refuses to sleep with his deceased brother’s widow, as would be Fang custom, he is shunned to the edges of town until his home is burned. He then chooses to move even deeper into the jungle, away from the dangers presented to him by his community. This dynamic, her watching her uncle’s ostracism, becomes crucial to Okomo’s understanding of her culture and herself.

“I didn’t understand what it meant to be a man,” she says. “If in the past I thought it was enough to have genitals dangling between one’s legs, now I wasn’t so sure. Because Uncle Marcelo’s were like that, but nobody in the village considered him a man.”

In the west, her uncle Marcelo’s identity would be called gay because of his refusal to sleep with women, but among the Fang, he has been labeled a “man-woman.” This language is important as the tension of the story is tied so closely with a search for identity. The characters search to put labels on their circumstances where no words exist in their native Fang language.

When Okomo finds herself in love with her friend Dina, she asks her uncle and his partner, Jesusín:

“And how does Fang tradition define us? If a man who is with another man is called a man-woman, what are women called who do the same?”

“There isn’t a word for it. It’s Like you don’t exist,” my uncle said bluntly. […] “You have so many questions, I’ll’ answer the ones I can.” He held Jesusín’s hand. It was a strange thing for me to see, and they both noticed.

“Do you think it’s unusual that you and Dina are together?”

“Yes, but in the village, they say that a normal man doesn’t give up making love to a woman. That’s why they call you a man-woman. We don’t even have a name.”

“But isn’t that worse?” Jesusin said. “If you don’t have a name, you’re invisible, and if you’re invisible, you can’t claim any rights. Besides, the offensive label man-woman implies disdain toward women. It reduces them to passive sexual objects that never act on their own desires. Think about it. From what I can see, you’re no fool.”

LGBT rights activists in Africa have been plagued by accusations of being “Un-African.” The acceptance of homosexuality has been labeled a Euro-American ideal that is in contrast to traditional African values. But La Bastarda offers a counter-narrative. In their search for safety, Okomo and her friends head not toward the city, as is so common in Western LGBT coming-of-age narratives, but instead, they head to the jungle. The African landscape offers itself as sanctuary.

While there are no laws against homosexuality in Equatorial Guinea, there is a strong social stigma against LGBT people. It is not uncommon for police to arrest gay men and release videos of their interrogation to the public, even while they have not broken any laws.

Obono does an excellent job of centering the reader into Okomo’s world. Fang culture does have a practice of polygamy, with Okomo’s own grandfather having two wives. The animosity between her grandfather’s two wives colors Okomo’s view of this sort of relationship dynamic. She observes the ways that her grandfather has pit the two women against each other in an adversarial relationship. In contrast, The Indecency Club provides a more mutually supportive bond through polyamory. These women create for themselves a network that helps offer eventual safety as they navigate their struggles with family, culture, and the forces threatening to break them.

La Bastarda is ultimately an uplifting book. Okomo and her loved ones actively create the community they need. Obono manages the dual task of educating the reader about her Equatorial Guinea and shaking up everything you might have assumed about life for the people who live there.