What and Where is the Island of the Devil? 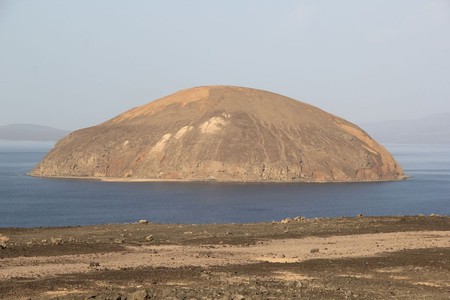 History of the Island of the Devil

The Island of the Devil, referred to as Goubbet Al-Kharab among locals, is a cove in the middle of the Gulf of Tadjourah that is nestled on top of the unstable crustal meeting point between the African and the Arabian tectonic plates. A relentlessly windy area, the Goubbet is surrounded by lifeless and arid cliffs 600 meters high (1,969 feet), and is in the heart of an active volcano called Ardoukoba, lying in a thick bed of lava flows and volcanic dust.

Over the years the cove has made the news and featured in urban legends for its spectacular site, and is today mainly visited by curious divers and scientists for exploration. It is very common to encounter whales sharks here, especially during mating season. Massive aggregations can be observed and it is maybe due to this that the locals avoid fishing in the area. However, it is not the only reason, and curious myths have been developed over time. 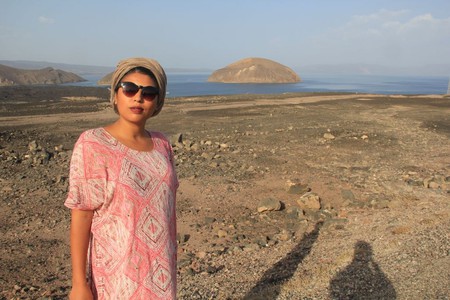 In one of his expeditions, the French explorer Jacques Cousteau seemingly discovered an indescribable maritime creature here, and insisted it never be revealed to humanity. Since then, locals and visitors alike have been nurturing and diffusing frightful stories about the Island of the Devil. According to local newspapers at the time, Cousteau and his team conducted an experiment to explore the depths of the Goubbet by submerging a camel carcass in a cage. To their surprise, as they took it out of the water, they discovered that the cage had been entirely smashed and deformed, resulting in the disappearance of the carcass.

Locals say that the bay is occupied by the “Sheytan”, the devil, and it is certainly a forbidden place to go, especially during sunsets or at night. It would be difficult to convince a Djiboutian fisherman to go into the bay because of this general belief. Going there will bring misfortune to some people. Many locals even believe that there was a time when a great fire-crowned mountain would disappear under a massive water invasion. Since then, it has been associated with terribly malefic stories revolving around demons that are thought to drag anyone daring to wander close into the profound abyss.

Today, as the images and videos that Cousteau claimed to have filmed have never been revealed, nobody rejects the plausible idea of the existence of giant manta rays or sharks. It is also thought that Cousteau didn’t present any proof simply because he had none! Maybe there were actually no videos or images of the fantastic creature he claimed to have found. Media outlets back in France and critics among the scientific community claim that he used this legend as a way to keep funding his pursuits.

It is advisable to hire a boat in Djibouti City to get there and to do so when the winds are favorable. It is a difficult area to access because most fishermen and even technically trained personnel fear to navigate this region. However, there are a few tour companies, like Kayak Djibouti, which organize inland visits to Goubbet Al-Kharab and many other sites in Djibouti. Kayak Djibouti mainly provides for an overnight camping trip between the Arta Mountains and the Goubbet Al-Kharab, and this trip is definitely not for beginners in paddling because of the strong currents, dangerous waters, and associated legends. But take your time when deciding how best to visit Goubbet Al-Kharab, and be well informed before you book. 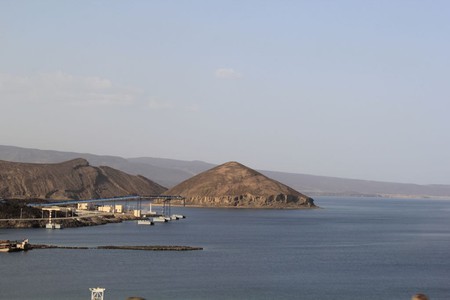