A Visit to St Helena, One of the World’s Remotest Islands 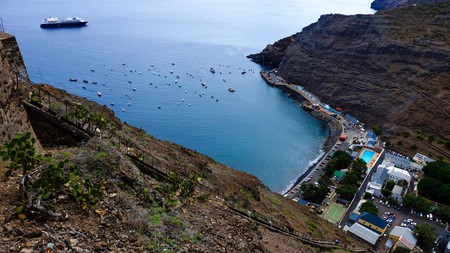 View down to Jamestown, the main town of remote Saint Helena Island, from the top of Jacob's ladder | rosn123 / Getty Images

St Helena is one of the world’s remotest islands, yet this desolate ocean setting has a rich history; everyone from Darwin to Napoleon has passed through. In present times, new direct flights from Johannesburg and Cape Town are making the world even smaller for Saints.

Circling the wind-battered shores of St Helena, one of the world’s remotest islands, on the 98-seat flight from Johannesburg, this pinprick in the South Atlantic seems desolate indeed. The great primeval bulk of the Barn, part of the rocky coastline of this island formed by volcanic eruptions, towers above the crashing waves. But a different picture emerges on the single road from the two-year-old airport into the 120-square-kilometre island’s green, hilly interior, where a network of country lanes explores the subtropical valleys, giving the bucolic feel of an English county that went to sea. The 21 Post Box hiking trails explore the mountainous island’s peaks and promontories, with the option of a guide from St Helena National Trust to point out endemic flora and fauna such as the wirebird, a thin-legged plover. 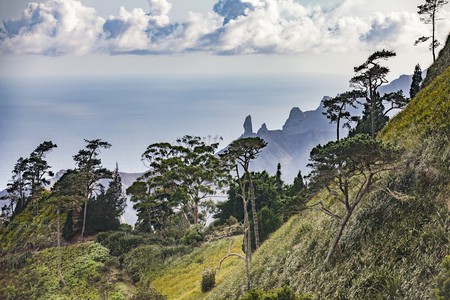 It’s the same story beneath those endless waves; St Helena is one of the world’s best places to swim with the gentle giants of the deep, whale sharks. During the summer months of January to March, boats embarking from Jamestown Harbour offer divers and snorkelers a rare chance of encountering the ocean’s largest fish.

Similarly, St Helena’s historic sights and the 4,500 mostly mixed-race islanders reveal that, far from being a forgotten outpost, the island has seen centuries of outside influence and played a part in world affairs. It was discovered by the Portuguese in the early 16th century, then squabbled over by the European trading fleets, before the British East India Company claimed it in 1659. Names such as Lemon Valley recall this era (the sailors planted scurvy-banishing citrus) but the trees are long gone due to the competing navies’ scorched-earth policy. The Portuguese named the island itself after Helen of Constantinople, an important figure in Christianity; her son, Constantine the Great, was the first Roman emperor to convert to Christianity, and moved the Roman capital to Constantinople (present-day Istanbul, Turkey). It’s a neat historical coincidence, given that St Helena owes its discovery to Turkey’s Ottoman Empire taking control of the land route between Europe and India, spurring the Europeans to discover the maritime alternative via present-day Cape Town. 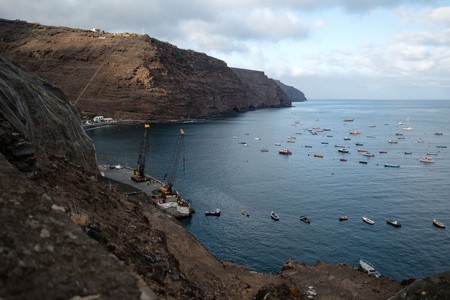 During the island’s heyday as a mid-Atlantic East India Company refreshment station, 1000 ships a year passed through. The governor was charged with keeping in check a restive population of soldiers, sailors, settlers, liberated African slaves, prostitutes and drifters on the trade winds. Attempts to limit the consumption of arrack, distilled from potatoes, and other spirits caused two mutinies. St Paul’s Cathedral was built in the hills rather than island capital Jamestown, which was considered too raucous with its taverns and brothels. Jamestown churchgoers can instead attend the southern hemisphere’s oldest Anglican church, St James (1774), while the imposing 19th-century Ladder Hill Fort nearby is where mutineers once ended up. 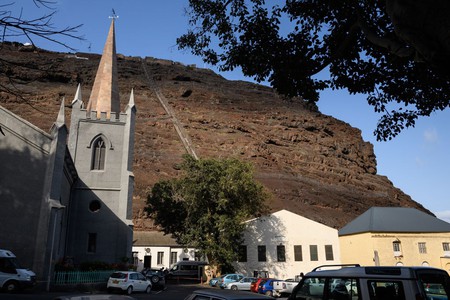 The feeling of bygone decades still pervades sleepy Jamestown, where you can stop and chat to local ‘Saints’ on the pretty main street, visit the museum and climb the 699 steps of Jacob’s Ladder, built in 1829 to haul manure up and carry goods down. To channel the spirit of those ribald seafaring days, hit the pub and try the island’s favourite drink, the Shipwreck, a mixture of spiced rum and Coke – ask for White Lion rum, made on island by the world’s remotest distillery. Proving that nautical history is never far from mind here, the White Lion takes its name from the island’s most famous wreck, a Dutch East India Company vessel that blew itself up, along with its cargo of over 1300 diamonds, during a scuffle with the Portuguese in 1613. The St Helena Distillery is open for tastings of its schnapps, coffee liqueur and gin, respectively made using the prickly pears, coffee beans and Bermuda juniper found on island. 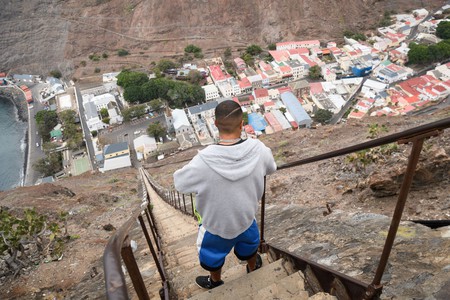 Those heady refreshment-station days came to an end in 1869, when the opening of the Suez Canal shifted trade routes north. By then, the British Crown had already taken over management of today’s British Overseas Territory and begun exiling its troublesome adversaries here. The most famous exile was Napoleon, who spent the last five and a half years of his life dictating his military memoirs and drinking sweet wine in Longwood House and the Briars Pavilion. An excellent audio guide brings to life his entourage’s uncomfortable stay in the two properties, which are owned by the French government along with Napoleon’s unmarked and now-empty tomb in Sane Valley. Coincidentally, a decade before Napoleon’s arrival in 1815, Briars had hosted the Duke of Wellington, who defeated the French Emperor at the Battle of Waterloo, leading to his capture and exile. Saints will also tell you the island played a pivotal role in global history during the Duke of Wellington’s visit, as a sailor rescued the future British prime minister from drowning here, inadvertently ensuring the outcome of Waterloo. 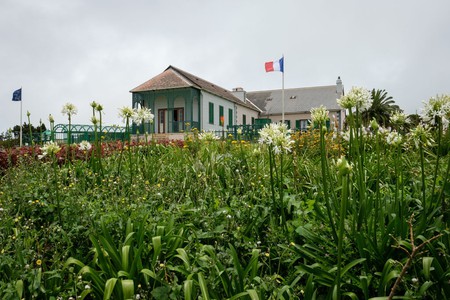 The colonial Brits also exiled 6,000 South African Boers here during the Second Anglo-Boer War (1899-1902). No traces remain of the two POW camps, but the Boer Cemetery is a poignant spot, with two granite obelisks listing the men taken by the typhoid that swept the camps. Even more incongruous is the grave at St Paul’s of Unomfino and Umohlozana, two infant children of Zulu king Dinuzulu, whose retinue was the first of two Zulu groups dispatched here circa 1900. They are all part of St Helena’s history, which has featured everyone from Charles Darwin on the HMS Beagle to Edmond Halley. The astronomer’s observatory can be visited on a hike to the island’s highest point, Diana’s Peak (823m). 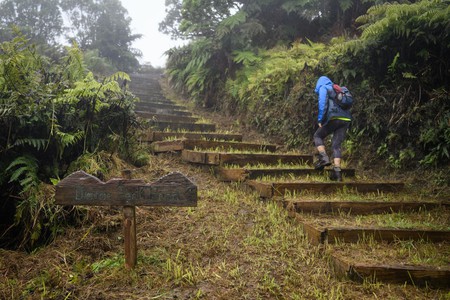 The Saints themselves also bear testament to St Helena’s links with the world off-island, speaking a distinctive, sometimes-incomprehensible English dialect formed by influences from far and wide. As technology makes the planet a smaller place, weekly flights from Johannesburg and Cape Town have replaced the five-night ocean crossing from the latter on the RMS St Helena. Smartphones are increasingly prevalent, with the ‘Saint Memes’ Facebook page and other social media exporting their sharp sense of humour, a response to the hardships and frustrations of island life. Still, St Helena remains a place with an anchor in the past, where everyone has a quirky nickname, there are single-digit car licence plates and motorists on the hairpin roads unfailingly wave at each other. Long may it last. 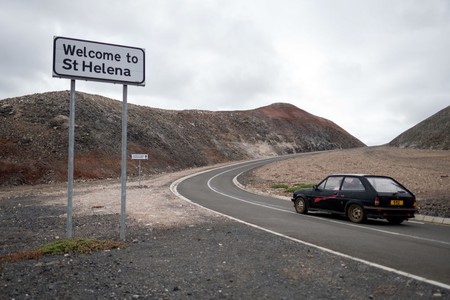 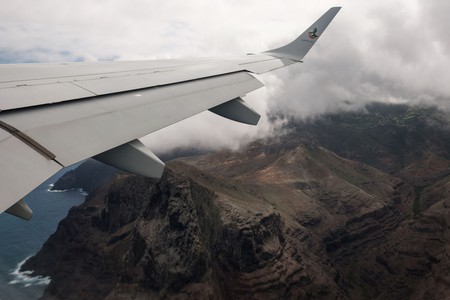 Most major airlines serve Johannesburg and Cape Town, with more choice and cheaper fares to the former. However, there is the possibility that your flight to the island’s wind-shear-prone airport will be delayed, and beautiful Cape Town is a more appealing place to get stuck than Joburg. Ethiopian Airlines offers competitive prices to both from Heathrow via Addis Ababa, while United Airlines is launching nonstop flights from New York to Cape Town in December.

Upon arrival in St Helena, you must pay the £20 immigration fee in cash and show your medical insurance and return flight. Most Western nationals do not require a visa. St Helenian and British pounds are accepted on the island, which has a bank in Jamestown and bureau de change at the airport, but no ATM. Excellent guided tours are available with the likes of Magma Way, as are rental cars. There is accommodation for all budgets in Jamestown and beyond.