Venezuela’s 5 Best Kinetic and Op Artists You Should Know

Venezuela’s contemporary art draws on many sources of influence, from religious iconography to modernism. In the 20th century, a group of Venezuelan artists channeled this diversity into Kinetic and Op art, which bend both mind and eye in order to challenge perception and, by extension, defy aesthetic and social conventions. Through deceptively simple visual techniques, these Venezuelan artists challenge the viewer optically and logically. 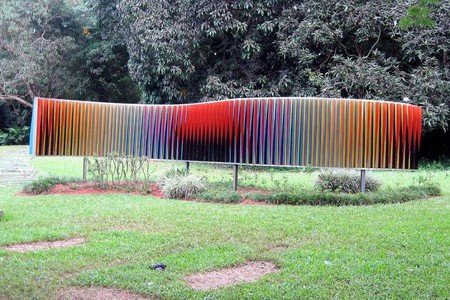 Described as one of the most influential kinetic and op artists of the 20th century, Jesus Rafael Soto was influenced greatly by the late work of Piet Mondrian and strove to develop paintings that could create the illusion of movement. He focused his attention on using geometry within his paintings, and then superimposed sheets of perspex which had been painted with stripes or spirals, causing the lines to appear to vibrate and dematerialize. While Soto took inspiration from Mondrian’s careful configuration of elements and composition, his own later work progressed to be much more intuitive and expressive. However, it always retained a sense of stability and balance.

Dynamism played an important role in all of Soto’s work, specifically the interactive sculptures composed of thin, dangling rods known as The Penetrables. The artist designed the series to allow observers to walk through, an immersive installation which the observer could become fully part of. He emphasized the importance of going beyond the stasis of two-dimensional paintings, Soto borrowed from the fields of mathematics and music using concepts such as repetition and progression. From 1970 until the early 1990s, Soto’s works appeared in places such as MoMA and the Guggenheim Museum in New York City, as well as the Centre Georges Pompidou in Paris. 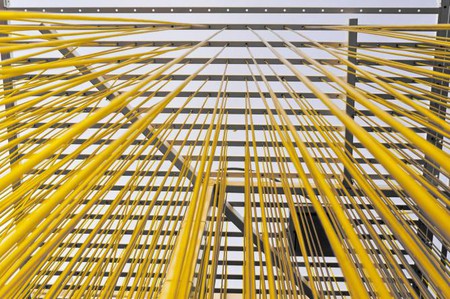 After arriving in Venezuela from Hamburg, Gertrude Goldschmidt – known as Gego – focused on painting and drawing, seeking to develop her own style that would break from the popular art of Venezuela. Gego incorporated the ideas of motion and movement in relation to the spectator. One of her earliest works, Sphere (1959), was formed of painted steel and welded brass of different widths, placed at different angles to one another in order to create overlapping lines and fields. When the viewer walked around the sphere, the visual relationship between the lines changes, which creates a sense of motion. She strove to generate new perspectives between the viewer and the artist, forming a constant sense of transience. This state of transition and instability was likely to have derived from her personal sense of alienation and dislocation when fleeing Nazi Germany. In the mid-1950s Gego began making art with great intensity, working as an engraver, sculptor, and draftsperson. In 1955 she had her first exhibition in the Galeria Gurlitz in Munich, Germany. 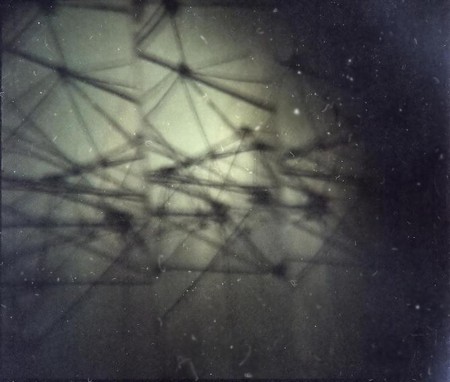 Carlos Cruz-Diez’s work is often closely allied with that of Soto, although he was working some ten years later. His art focuses on active participation of the viewer: the work of art is brought to life and set in motion because the color changes and presents a sensation of movement as the relative position of the viewer changes. Cruz-Diez uses the moiré effect to produce this sensation of motion by his particular composition of lines.

In 1959 Cruz-Diez started working in radiation of color – essentially colored light which is a form of wavelengths – and abandoned paint as a medium. Cruz-Diez’s works were often considered to be ‘experiences’ or ‘events’ as much as simple artworks: this is because he worked with light and perception, controlling personal experience and viewer movement. 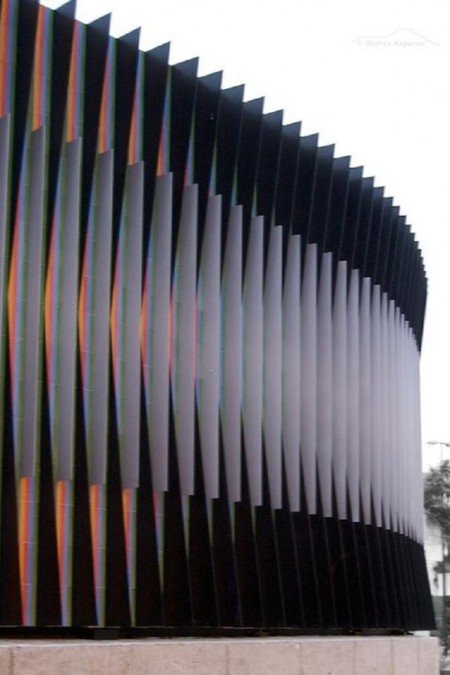 Rafael Barrios was born in Baton Rouge in 1947, but grew up in Venezuela and lived in New York from 1976 until 1987, studying art and philosophy at New York University. The ideas behind Barrios’ work stem from participative experiences in relation to the viewer. Altering perspectives and changing perception through volume and light, and drawing on the tradition of the trompe l’oeil effect, he plays with slanted geometric shapes while altering the laws of gravity, geometry and volumes in space, and questions the primal ‘believing is seeing’ motto.

A painter of geometric abstraction, a sculptor, a writer and a cultural promoter, Alejandro Otero strove to explore the dynamic conception of space and pictorial structure. In 1955, he employed a glossy industrial lacquer into his work, applied with spray guns, rollers on wood or Plexiglas to produce his first colorhythms, large-scale compositional sculptures. Otero’s constructive process integrated different types of pictorial space into a single plane to form pieces of work which were sculptural and even architectural.

Structured by black, parallel, vertical bands on white grounds, the paintings have color markings placed between the bands, which activate the entire structure of the plane. In these works, Otero succeeded in emphasizing rhythm and color over form, resulting in a suggestive spatial ambiguity.