The Most Beautiful Landscapes In Venezuela

Venezuela is a vibrant country on the northern coast of South America boasting incredible Caribbean beaches, tropical islands, majestic mountains and glorious national parks. Amazing photo opportunities abound here, with aqua waters rippling at the edges of golden sands, flamingos feeding peacefully on the horizon and illuminating sunsets casting colorful shadows all around. Venezuela really is a spectacularly scenic country; here’s the top five beautiful landscapes you have to see when you’re here. 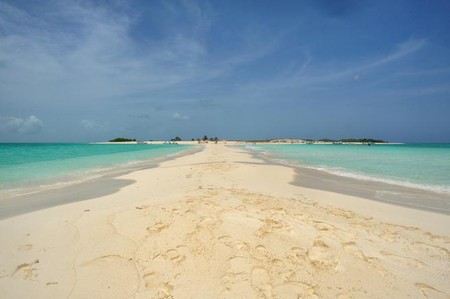 Looking to visit one of the most stunning and secluded islands in the world? Home to picturesque mangroves, calm, crystalline waters and incredible coral reefs, the island of the Los Roques Archipelago is eternally sun-drenched. Located about 150 km off the coast of La Guiara, the island can only be reached by air or sea, a fact preserving its beauty from the trampling footsteps of droves of tourists. The only accomodation option here is a posada, a pretty beach hut that allows for incredible vistas to be enjoyed throughout the entirety of a visitor’s stay. There are over 42 species of beautiful bird here, including pelicans, canaries and flamingos, not counting the 50 types of migratory birds too. While you’re on the beach you may catch a glimpse of the four native turtle species that live here, all of which are on the endangered list. 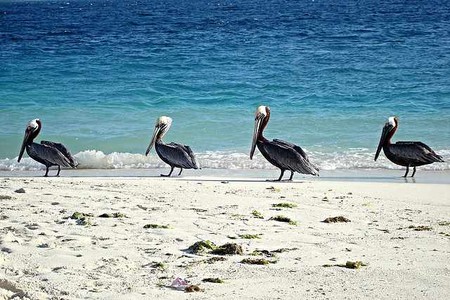 Margarita has been known as the ‘pearl of the Caribbean’ since it was first discovered by the Spanish hundreds of years ago, and it earned its name because of its multiple, flourishing oyster beds. When Christopher Columbus first spotted this piece of paradise he decided to name it after Princess Margaret of Castile, and it has been called Margarita ever since. It is one of the most popular holiday islands in Venezuela, an area attracting crowds of European and Brazillian tourists every year, and with a four-kilometer stretch of golden sand, it’s easy to see why. Swim with dolphins here or go surfing at Parguito, and with an average of nine hours of scorching sunlight a day, you may just find that you don’t ever want to leave. 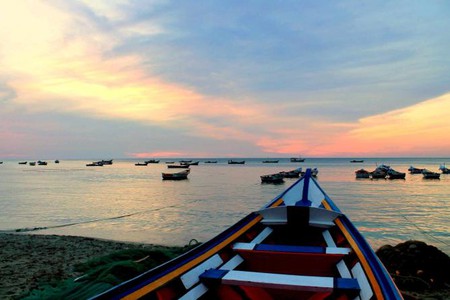 Home to the incredible Angel Falls, the world’s highest uninterrupted waterfall, Parque Nacional Canaima is Venezuela’s largest national park stretching over 30,000 kilometers. Declared a World Heritage Site by UNESCO for its beauty and biodiversity, the scenic landscape can be traversed in a variety of exciting ways; why not try your hand here at mountain biking? There are several mountain biking treks organized by trusted companies, a top pick of which being Akanan Travel, an organization operating with expert staff and modern equipment. Walkers can also explore several well-marked hiking paths, and adventurers can go rafting in the turquoise river, an activity which takes participants past some of the most majestic mountain valleys in Venezuela. 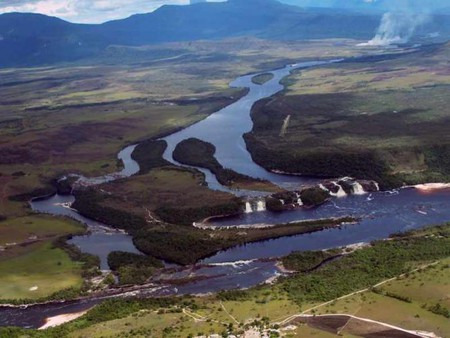 Parque Nacional Canaima by Air I | © Jean-Marc via Flickr

There is more to Venezuela than rocky Andes mountain ranges and an immense, sublime coast; it is also home to a vast expanse of shifting sands and dunes known as Los Medanos de Coro. Constantly whipped and enlargened by trade winds, these dunes are strikingly vast, and transport visitors momentarily from the tropics of South America to the deserts of the Middle East. An imposing image, especially against a sky of clear blue, these sandhills are unmissable when in Venezuela. 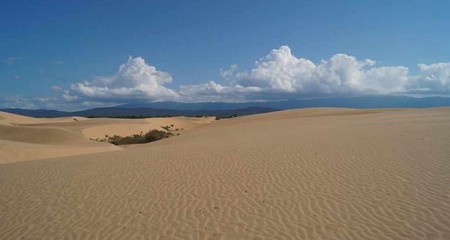 No trip here is complete without visiting the country’s tallest mountain. Named after the revered national hero Simon Bolívar, Pico Bolívar is a towering spectacle which reaches 5,007 meters above sea level. In an ode to the nation’s Catholic heritage, on the site’s summit sits a statue of the Virgin Mary, a figure that is said to watch over the country. The hike to the top here is an exciting experience in itself, and hikers will pass a wealth of red-trunked coloradito trees on the way, plants with unusually twisted, high branches. These trees are considered sacred as they only grow in very high altitudes, and once cut down, they never grow back. When you reach the top of Pico Bolívar, soak in the spectacular views of the jagged peaks along the Sierra Nevada, and the shrinking white glaciers below. 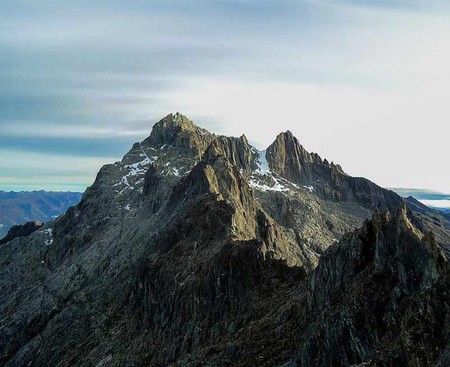