The Top 10 Festivals In Venezuela 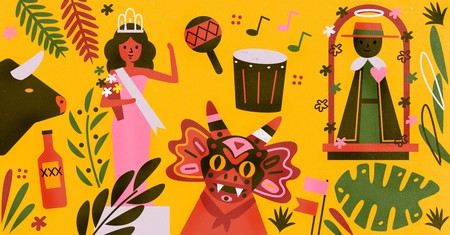 Festivities in Venezuela go far beyond the religious aspect of conventional South American carnivals. Deeply rooted in a mixture of Spanish, Caribbean and Indigenous traditions, Venezuelan festivals are a unique celebration of post-colonial identity, of artistic expression and of cultural awareness. We list the top 10 festivals to experience here.

An unmissable celebration is the Festival de Virgen de Coromoto, a jubilee in honor of the patroness of Venezuela, the Virgin of Coromoto. The beautiful virgin is said to have appeared as an ethereal vision, calling for the world to be baptized as she walked angelically on water. A number of masses are held in her name at the National Sanctuary during the festival, and a giant net is paraded through the streets into which members of the public are enthusiastically tossed, symbolic of the lives that are thought to have been saved through the introduction of baptism rites.

Primarily a Christian festival in honor of St.John the Baptist’s birth, Fiesta de San Juan is three exciting days of African drums resounding among the coastal towns of Venezuela. A solemn mass is held on the second day of the festival, where participants wave colored handkerchiefs and sing improvised verses to the drum beat. The heat picks up again late at night, when sensual dances incorporating passionate and intimate movements are commonplace. The festivities culminate in “the magical night of San Juan”, the final evening, when fervent partying lasts until late the next morning. 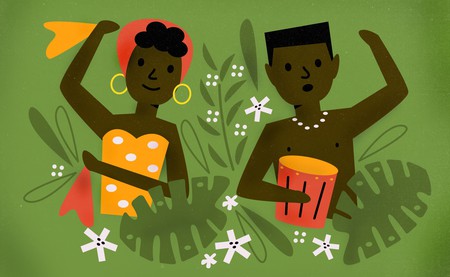 Every year Carúpano Carnaval is an extravaganza of music and movement attracting over 400,000 visitors. If you’re making a trip here for the festival then expect pulsating steel drums, rhythmic salsa beats and rum flowing in every direction. Recently declared an official Event of Regional Tourist Interest, the celebration is held 40 days before Easter, for four whole days. The carnival is characterized by flamboyant floats and street parties, but its the women in their bright and beautifully decorated costumes that steal the show.

Monday to Thursday, 40 days before Easter

El Día de San José, meaning “St.Joseph’s Day” in English, is a celebration illustrating how embedded Spanish traditions still are in South American culture. The festival sees many bull fights taking place, a controversial activity originating in the Spanish town of Ronda, and parties continue for hours throughout the streets. This festival provides an interesting look at how the Venezuelan nation embraces its colonial past in a celebratory way.

The festival of Los Diablos Danzantes sees local men in San Francisco de Yare donning grotesque devil masks and blood-red costumes to symbolically become the “devil dancers”. The eerie troupe then perform in the central square of the town, and, adorned with rosary beads, crosses and maracas, parade the streets to the rhythm of spooky musical poems. Take a trip to the Casa de Los Diablos Danzantes, an establishment displaying an array of old photographs and relics of the festival, to look at how the celebration has developed over the years. You can even make your own mask; swing by the shop-filled alleys on Calle Rivas a few days before the celebration to find a wealth of vendors willing to help.

Every ninth Thursday after Holy Thursday 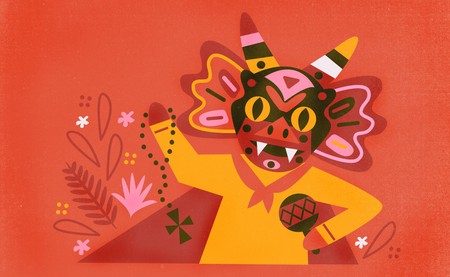 The Fiesta de San Pedro y San Pablo is a celebration of the saints Peter and Paul; a major event where music, dancing and folklore combine. On the night before the festival, bonfires are lit in the streets throughout the province, and young women who want to have a child leap over the flames. Indigenous people dress in traditional garments and dance on every street corner, and an array of delicious street food is readily available, including empanadas, yuca and tajadas.

Beginning with the blessing of palm leaves in Chacao, Caracas, on Palm Sunday, Semana Santa, or Holy Week, is a huge celebration drawing the capital city of Venezuela into a frenzy. A huge procession snakes from Basilica de Santa Teresa to Plaza Caracas, and theatrical performances enacting the betrayal of Jesus draw huge crowds. Events take place all over the country in honor of this celebration, so travelers can join in the action even in small towns. The week officially ends in spectacular style, with the ritual burning of the Quema de Judas, a gigantic effigy of Judas.

The bustling Venezuelan city of Maracaibo goes all out with the Feria de la Chinita, its celebration of the feast day of the Virgin of Chiquinquirá. The 10-day jubilee is led by a beautifully costumed festival queen, and is characterized by music, parades, games and folklore stories. A popular “Gala of Beauty” is held, a beauty contest which attracts thousands of local contestants, and traditional pipe music is often played throughout the night. 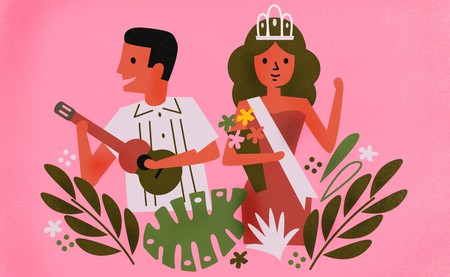 Visit Venezuela in the Christmas period as there are a number of festivals to enjoy which offer a fascinating experience that contrasts with the Western Yuletide idea. The Fiesta de San Benito is held at the end of December. San Benito, also known as el Moro, the Moor, was the son of slaves. He is now elevated as the black saint of Venezuela, an idea that is celebrated through the elaborately decorated costumes and energetic dancing of this festival.

Originally a day for remembering King Herod’s infanticide, Día de Los Inocentes, or “Innocent’s Day”, has discarded its connotations of terror and become a festival of fun and games in Venezuelan culture. Celebrated all over the country, the day involves elaborate practical jokes in a similar style to Britain’s April Fools Day. South American news stations often broadcast fake bulletins during the festival, and newspapers publish stories comprised entirely of comic strips.