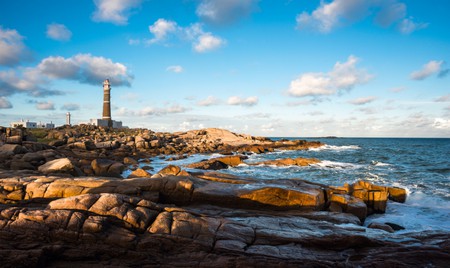 A spotlight on South America’s beaches will always conjure up Brazil’s golden shores. But head a bit further south and you’ll discover an unspoiled coastline minus the crowds. Uruguay’s beach towns are one of the best-kept secrets in this part of the world, where shabby chic huts dot a rugged seashore of rocky outcrops and sparkling sands. Rent a car, pack a towel and hit Route 10 to explore Uruguay’s best seaside towns.

Named after the strange rock formations that have been known to wash up on its shore, La Pedrera is Rocha’s centre of cool, with a dramatic 30-mile beach, a rusting shipwreck and seafood shacks galore. Stop by Petisco for creative pizzas and the best mojito outside of Cuba.

When the sun goes down in La Pedrera, the atmosphere starts to buzz, with impromptu beach parties that linger on beyond the dawn.

If glamping’s more your thing, head to nearby Pueblo Barrancas. At this eco-friendly resort, you can rent a cabaña or a tent on stilts in the forest that lines the coast. Fire up an asado under the stars and take a moonlit walk along the beach to complete the fairy tale. 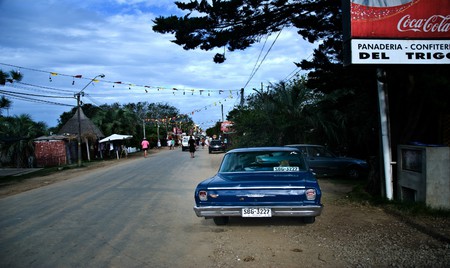 It’s not called the Devil’s Point for nothing, the surf at this town’s pretty beach is a force to be reckoned with. Reliable swells almost year-round make this chilled-out spot a haven for surfers, hippies and sun-worshippers alike. For the best waves, visit Punta between April and November.

This is the place to pick up souvenirs – in Punta del Diablo, you’ll find everything from artisanal chocolate to intricate blown glass at quaint market stalls dotted about the town. It’s also one of the most tempting foodie destinations along the coast. Popular spot Il Tano Cucina has an innovative, Italian-inspired menu and an outstanding wine list, even by Uruguayan standards.

Early January is the busiest time in this once sleepy fishing village, with colourful bars popping up all over. If you’re looking to avoid peak crowds and prices, roll up in December or February for peace, quiet and a spot of whale watching. 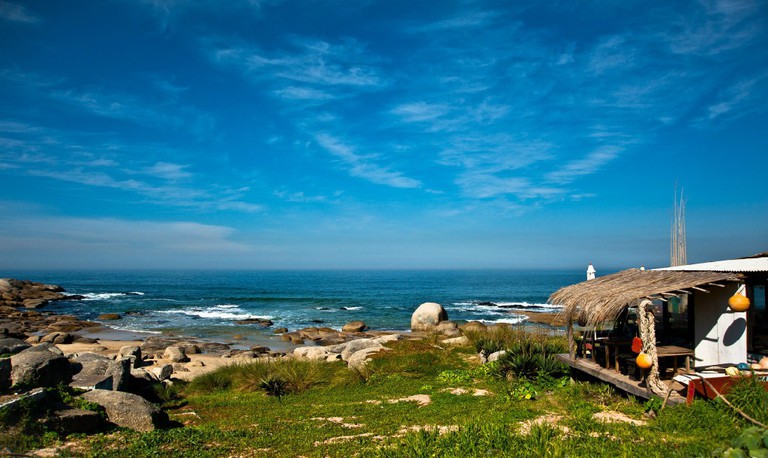 Uruguay’s answer to Miami, Punta del Este explodes in the summer, with wealthy Brazilians and Argentineans flocking to sun themselves on the city’s golden beaches.

Exclusive, bustling and a little pricey during the high season, the city teems with swanky restaurants and cocktail joints. Stop by The Grand Hotel for a pre-dinner aperitif. The next morning, head out to explore the Yacht Harbour, take a tour of Casapueblo or wander over to the breezy Playa Brava for an Instagram-worthy snap with the famous Hand in the Sand. Keep an eye out for celebrities en route.

After a day on the sands, the party gets underway. Head east to La Barra or west to Punta Ballena when the clock strikes twelve for the pick of the best nightclubs within the city limits. 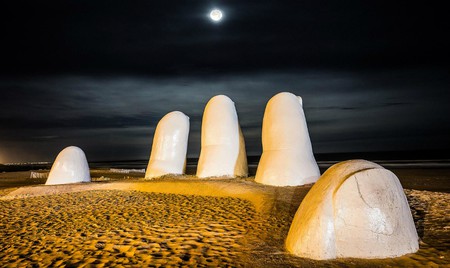 The woods creep onto the beaches of La Paloma in a hypnotising blend of green and blue. Nature lovers will be in heaven here, perched on the edge of Cape Santa Maria. Wake up early and hike to the nearby Laguna de Rocha to spot over 200 types of birds, including Uruguay’s salmon-pink flamingos.

If rain threatens, duck into this rustic town’s lighthouse or the quirky Casino Cabo Santa Maria. If you’re feeling a little more adventurous, grab a board and make a beeline for the windswept beaches for surfing and swimming. Don’t leave without catching the breathtaking sunset from La Balconada – La Paloma’s picture-perfect waterfront. 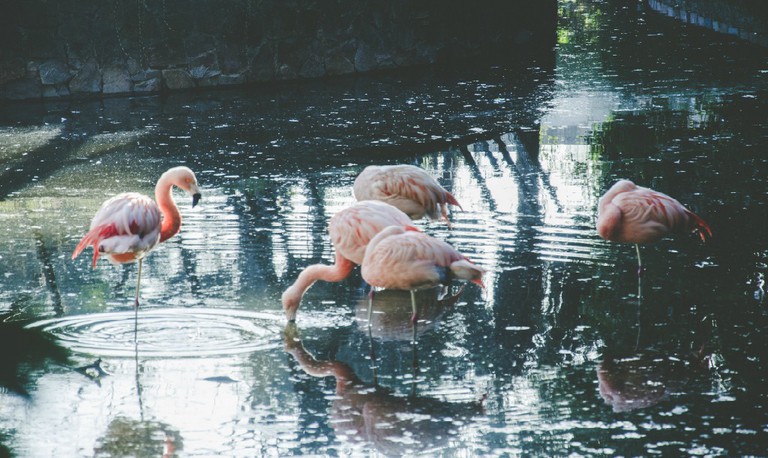 Cabo Polonio is a rugged paradise that’s truly off the beaten track. The village itself can only be reached by jeep or on foot. Cabo’s gentle waves are perfect for swimming, but the real draw is the incredible wildlife that calls this stretch of coastline its home. Pack a pair of binoculars and look out for sea lions, whales, dolphins and even penguins in the off-season.

There’s no electricity or running water in the village, so for off-the-grid comfort, stay at the super-cool solar-powered hostel on the north edge of the peninsula. By night, Cabo Polonio looks magical, with the streets lit solely by candles.

When in Cabo, do as the locals do. Watch the sunset from the top of the lighthouse, wander the dusty streets in the peaceful afternoons and indulge in a local delicacy: an early morning beer. 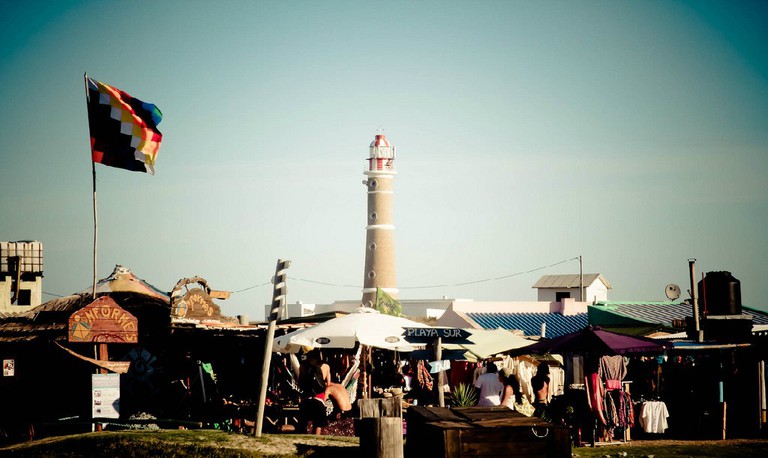 A view of the lighthouse in Cabo Polonio © Cristian Menghi / Flickr

Effortlessly fashionable and undeniably chic, Jose Ignacio is the place to see and be seen in Uruguay right now. A refuge for the famous faces that frequent Punta del Este, Jose Ignacio has all the charm of a rural fishing village with the added bonus of the envy-inducing boutique hotel Casa Suaya and foodie destination La Huella – an elegant beach hut serving fire-roasted meats, icy caipiroskas and calamari that’s to die for.

Dart between the Porsches to get to the beach, where you’ll find yourself nestled between bronzed models and sunbathing celebrities. Don’t miss the town’s boutique art galleries, like Galería Los Caracoles, and live music events (if you can wangle an invite). 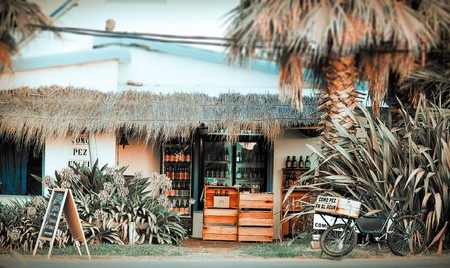