These 8 Contemporary Artists from Uruguay Should Be on Your Radar 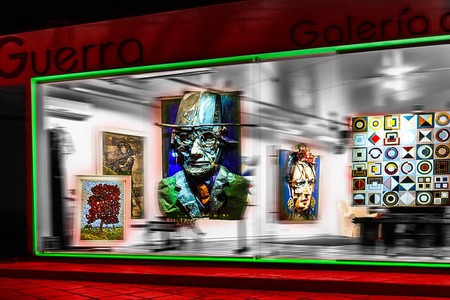 Art and culture are very important in Uruguay; all public museums have free admission to promote the public’s engagement with art. Cultural festivals and shows are held frequently and there’s a large art fair that happens every year in Punta del Este called Este Arte. Although it’s hard to live as an artist in Uruguay, there are many who still pursue their passion and succeed in creating great works. Here are eight contemporary Uruguayan artists that you should know about.

Sagradini’s work is as much about the sculptures and artworks he makes as it is the space they occupy within the gallery, and the space that is left vacant between them. His pieces range from being very structured, for example in his wooden constructions, to disarticulated. He focuses on big and small scales, playing with lighting, and the construction and disruption of space.

According to Maggi himself, the artist creates “accurate puzzling artwork to be observed, without the faintest hope of ever having it deciphered”. He explains that the way our society perceives the world has transitioned, for example in ideas regarding censorship. He states that not so long ago censorship resembled scissors, the trimming of information, while today, it operates through flooding, by administering an overdose of fake or distracting content. A lot of Maggi’s work has to do with the way we process the stream of information, as he invites us to embrace doubt and uncertainty. He believes that if we have blind faith that we know something for certain, we become a public threat. 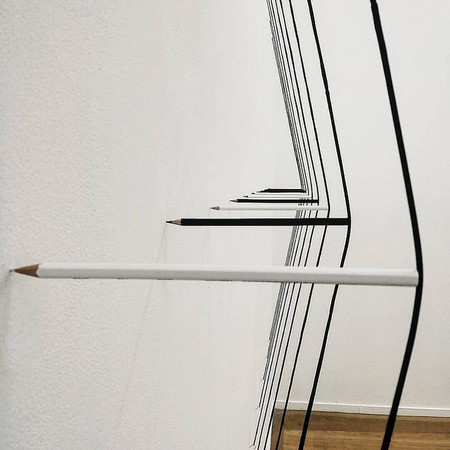 The artist known as Ombú makes drawings and watercolors that resemble caricatures but have a much deeper layer to them. He creates collections that share the same world, paradigms and styles, but that differ in chronology; meaning that he revisits the old worlds that he created to expand them with more pieces. His work is the sort of fun that makes you think.

This artists’ most renowned works are characterized by their use of gold, even within different mediums. He is concerned with identity, the formation process of the artist, and what makes a work of art ‘legitimate’. One of the themes he focuses on is the transformation process of these institutions, from the conventional lineage of restricted communities to their globalization. 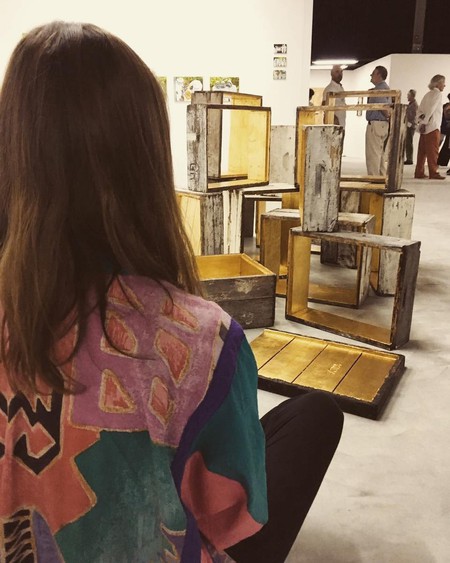 This artist works with metal plates and iron to create large scale sculptures. She also works with iron, board, thread, wire, and paper for intricate, small-scale works that resemble weaving and collection boxes. A characteristic of her work is how she plays with different textures and shadows that the materials create, balancing the industrial with minimalism and a peculiar softness. The corrosion present in almost every piece shows the vulnerability of the material, diminishing their otherwise predominant force in a surprising way.

Atchugarry is a sculptor that works mainly with marble and metal, creating soft, wavy pieces. He has done work in small scale and for consigned monuments. He also founded and curates the biggest sculpture park in Uruguay, which hosts pieces by national and international artists. The park itself can be seen as a work of art, its landscape expanding and evolving as new pieces are added, and nature adapts and is transformed by it. 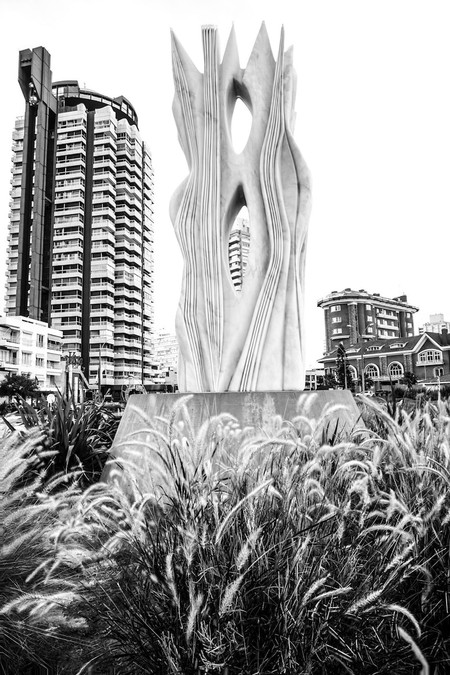 Anselmi’s work is poetic and delicate, she mostly draws over various forms of media. She works with layering transparent and translucent materials, like cloth and vinyl panels over different forms of lighting. She also draws directly onto the walls of the space. Her work is large scale, and traces paths for viewers to explore, who then change the landscape of her works with their own shadows.

Arnaud focuses mainly on symbolism, using objects and images like bread, meat, dishes, birthday balloons, and paper boats. He invests these with emotion and stories, by placing them with other images like chairs, altars or natural landscapes, working with video, sculpture, installation and performance art.