The World's Best Football Nation is Not Who You’d Expect 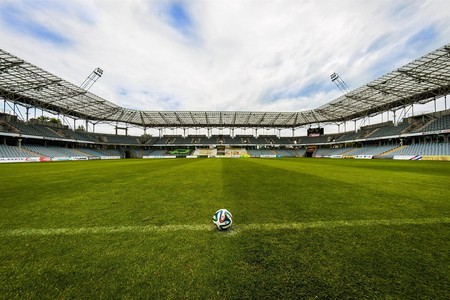 Using simple numbers, the debate of the greatest football nation might finally have been put to bed, and the winner may not be who you’d expect. 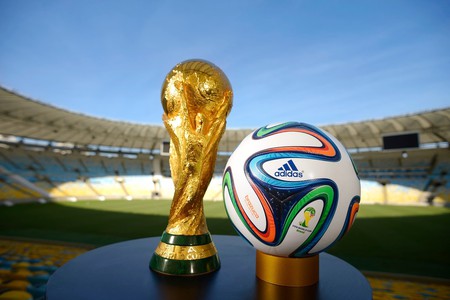 Debates in sports are often based on opinion and fueled by bias, and the only way to decide a result is by pitting two sides against each other. This, however, can sometimes be impossible because of a number of caveats, including if the teams in question are from the same era or if the players being evaluated play the same position—but that’s where statistics can be used as an equalizer.

Since its inaugural tournament in 1930, there have been 20 World Cups, with only eight teams earning the honor of calling themselves World Champions. Winning a tournament that comes around only every four years requires much planning. The team must balance their physical and mental preparation, select the perfect players, and consider the timing of the players during their club careers—and still, after all this, the games themselves still have to be played. All these circumstances go to show how difficult this tournament is to win. Among the eight that have won the championship, even more prestigious are the five teams that have won it more than once. In the conversation of world’s greatest soccer nation, only these five—Germany, Argentina, Uruguay, Brazil, and Italy—can truly be considered. 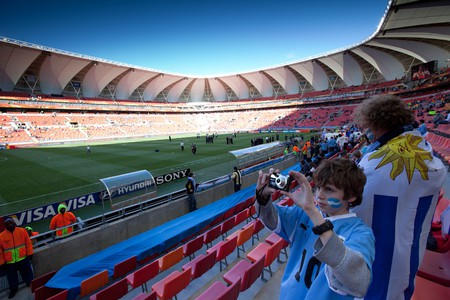 Even someone who doesn’t follow football will likely place Brazil and Argentina on that list of top five, and for good reason. The two countries play arguably the most beautiful style of football and produce some of the world’s greatest players. However, notice the little country squeezed between the two, and there you have the world’s greatest footballing nation: Uruguay. 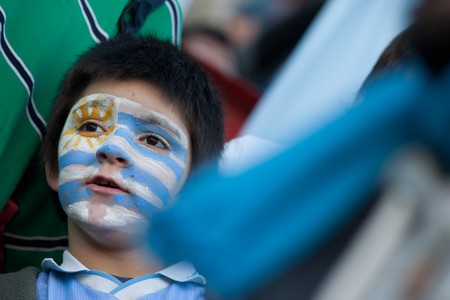 Uruguay? Yes. Uruguay. The humble, bijou nation in the southeast pocket of South America, nestled between Brazil and Argentina, is—statistically speaking—quite possibly the best football nation in the world. Don’t believe it? Well, to explain, we’ll firstly address some of their accomplishments. In the first World Cup tournament in 1930, held in Uruguay, the host nation defeated neighbors Argentina 4-2 to claim the inaugural title. After the 1938 World Cup, due to World War II, the next tournament did not occur until 1950, where Brazil and Uruguay would meet in the final. The heavily favored Brazilians hosted this final in the newly constructed Maracana stadium. Nearly 200,000 spectators packed into the world’s largest capacity stadium in Rio de Janeiro to watch Brazil, who simply needed a draw to be crowned champions, squander an early lead and go down 2-1 to their neighbor and now two time champion: Uruguay. 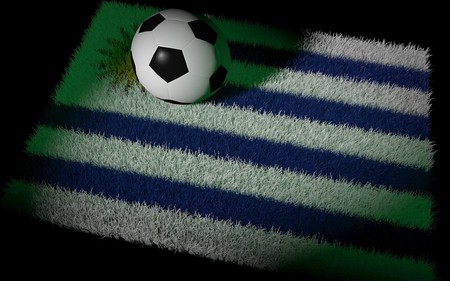 Uruguay has also won the South American Championship, the Copa America, a record 15 times (Brazil has only eight) and two Gold Medals in the Olympics. Also, in 1980, to celebrate 50 years of the World Cup, a tournament called the Mundialito took place, which consisted of six nations (the five World Cup winners and Netherlands to replace England, who declined to participate). Uruguay, again, victoriously defeated—you guessed it—Brazil in the final.

Uruguay consistently produces top quality players. Most recently, Edinson Cavani, Diego Godin, and Uruguay’s top all time scorer and Barcelona superstar, Luis Suarez, came from this country. The thing that accentuates these already impressive achievements is the most staggering statistic of all: their shallow pool of talent. This is not saying that Uruguay has few talented footballers, but rather that they have a smaller number of potential players—the country’s entire population from infant to elderly is a miniscule 3.5 million. To put that into perspective, Brazil has around 2 million registered footballers alone, more than half of the smaller country’s entire population. Yet still, Uruguay competes with the big dogs. 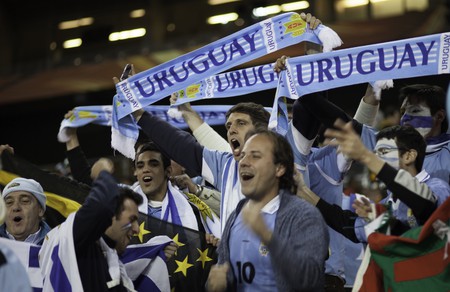 Uruguayos always come out in full force to support their team, but aren’t necessarily the type of people to gloat about their accomplishments. Some may not even care about being excluded from the “best of all time” conversations but, with all things considered, there is no conversation—Uruguay is tops.