The Ultimate Two-Week Itinerary to Uruguay 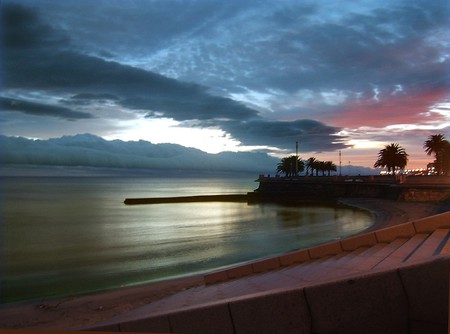 The only difficult thing about travelling through Uruguay is actually getting there. If you plan to start your journey from the Argentinian border and move east until you reach the country’s border with Brazil, this is a day-by-day breakdown of how to spend your two-week vacation in Uruguay.

The easiest way to travel the entire coast of Uruguay is by crossing over Río de la Plata from Buenos Aires on the Colonia Express boat to this colonial gem of a town. Guaranteed to give you a very positive first impression of Uruguay, Colonia del Sacramento is one of the most pristine, historic and pleasing towns in the country. Spend your first day in the town’s centre, absorb the slow and civilized way of life, and wander the cobblestone roads to enjoy a coffee and gelato at Bortolot. Saunter down to the water’s edge and along the marina to see the world’s largest river mouth at Río de la Plata, where you’ll be treated to a stunning sunset. 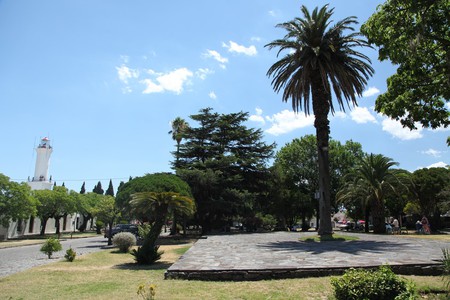 Start the following day at the beautiful park next to the Basílica del Santísimo Sacramento. The best way to fall in love with the city is to wander through the artisan park, browsing bracelets and other trinkets, and then head to the historic lighthouse. Pay the dollar to go up the lighthouse for a great view over the historic centre and river mouth. Continue towards the famous drawbridge, an iconic landmark in Colonia del Sacramento. After lunch, you can spend the afternoon and evening soaking up the sun at Playa Ferrando before saying goodnight to your first stop.

Head to the capital and check into your hotel, which is hopefully located in the centre of town so you can easily access all the sights. Stroll along the Rambla, which runs along the city’s coast, and stop in at one of the largest theatres in South America, Teatro Solís. For lunch, swing by the Mercado del Puerto to mingle with the locals and eat some typical Uruguayan food, which is delicious and perfect for a budget.

Take in some more history and a gorgeous view at the Fortaleza del Cerro, located on the highest point in Montevideo. This old fortress was strategically constructed on a hill to provide a view of approaching fleets and to protect the capital. Try to plan being in Montevideo on a Sunday so you can experience the Feria de Tristán Narvaja, an outdoor street market in the Cordón district. End by taking in a Candombe performance—a traditional dance that was created by African slaves who were brought over to colonize Uruguay. 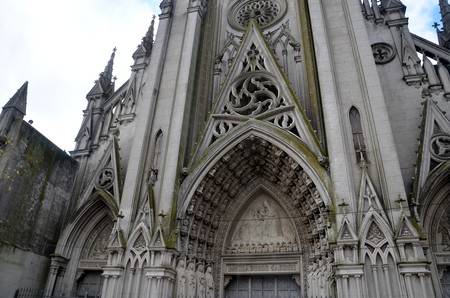 Say goodbye to Uruguay’s capital and visit one of the coolest, trendiest cities in Uruguay—Punta del Este. You’ll find there is no shortage of things to do, so start off with the touristy activities by snapping a photo of yourself at the La Mano statue on the main beach, Playa Brava. Walk through the centre of town along the Rambla General Artigas and end at the marina. From there, you can take a boat out to either Isla de los Lobos to admire the largest concentrated population of sea lions, or to Isla Gorriti if you’re in the mood for a little beach island paradise. 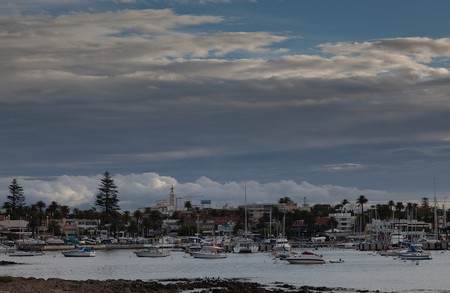 Enjoy the numerous beaches and beach towns in the Maldonado district, where Punta del Este is located, and venture out on some day trips. Just 10 minutes outside of Punta del Este is La Barra, which feels like an Australian surf town, and further on is the town of Manantiales, where you’ll find Bikini Beach. Further on down the coast is the sleepy town of José Ignacio. Though a rental car is not necessary during most of your stay in Uruguay, you’ll find it’s very convenient to have during your days in Punta del Este.

After a couple of days spent exploring, you can glue your backside to a beach chair and enjoy your last few stops on your Uruguayan adventure, starting with Cabo Polonio. Like taking a step back in time, Cabo Polonio is a national park and only has a few restaurants, bars and sand paths connecting it to main roads.

A short way up the coast from Cabo Polonio is the famous town of Punta del Diablo. Another small town, connected only by sandy streets, the beaches and surf in this area make it a perfect place to spend your last few days in Uruguay. Catch some waves (if you know what you’re doing) or rent a board and learn to surf on one of the smaller breaks. Pop by Déjà Vu to see some live music in the afternoon before heading down to Playa Pescadores for an evening mojito and the sunset. 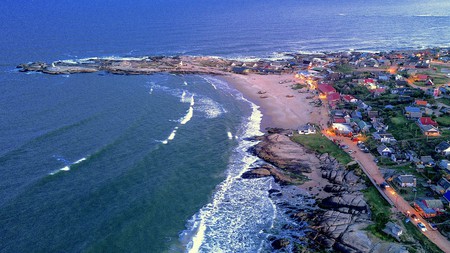 Before leaving Punta del Diablo, make sure to visit the Santa Teresa National Park. Go between Thursday and Sunday to enter the Fortress of Santa Teresa, where a long and peaceful walk will take you to the coastal side of the park, which has a few beaches, including Playa de la Moza and Playa de las Achiras.

Say goodbye to an unforgettable two weeks in Uruguay as you peer out of a bus window on your way up to the Brazilian border. In Barra del Chuy, you can take a domestic flight back to Montevideo, fly back home or cross into Brazil and delay your departure from South America just a little longer.