The Story Behind Uruguay’s Flag 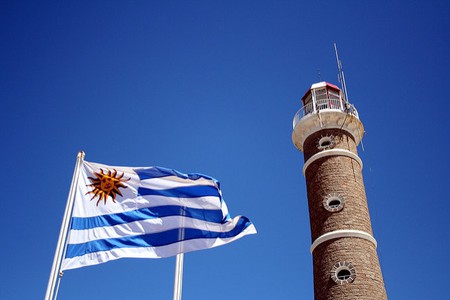 On December 16, 1828, the creation of the first Uruguayan flag with the colors that are used now, was approved. Although other flags represented the country before it, it was the first use of the flag we know today. Here’s all you need to know about its origins, history, symbolism, and everything else about its meaning and design.

The decree stated that the flag should have nine horizontal light blue stripes, representing the number of “departments,” or areas in which the country was divided back then, on a white background, and a free space to its left, where a sun would be placed. In 1830, these nine light blue stripes were reduced to four, keeping the symbol for the nine departments as four light blue stripes and five white stripes. In 1852, an additional change dictated that the sun should be a golden circle, with a face and 16 rays: eight of which should be drawn as isosceles triangles, and the other eight intercalated as burning flames. 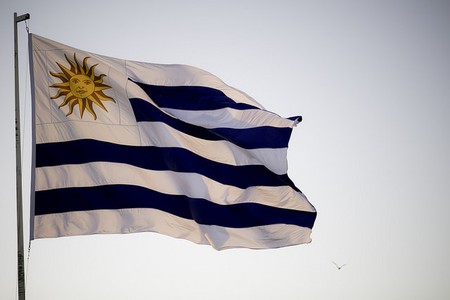 Links to the past

Before becoming an independent country, Uruguay was part of the Provincias Unidas del Río de la Plata (which is now known as Argentina). The colors for the Uruguayan flag were taken from its former flag, the one of the Provincias Unidas. The order of the elements on the flag, in turn, was inspired in the flag of the United States, as its red and white stripes represented its 13 original colonies.

This figure on the top-left corner, next to the flag’s pole, is one of the basic flag forms. In Anglo-Saxon countries, this element is usually the state’s crest, religious, or political symbols. In other countries, like Uruguay, it links the state with its old metropolis; it symbolizes the link to the Provincias Unidas del Río de la Plata, who started the first actions towards independence from Spain.

The personified sun was taken from Inti, the Incan God of the Sun. It is also called the May Sun, because in the stormy day of May 25, 1810, when the process of independence from Spain started, the sun appeared suddenly from the clouds and the rain. It signifies the independence, and its color represents unity, truth, clarity, majesty, abundance, and riches. It is a symbol for liberty and benevolence. 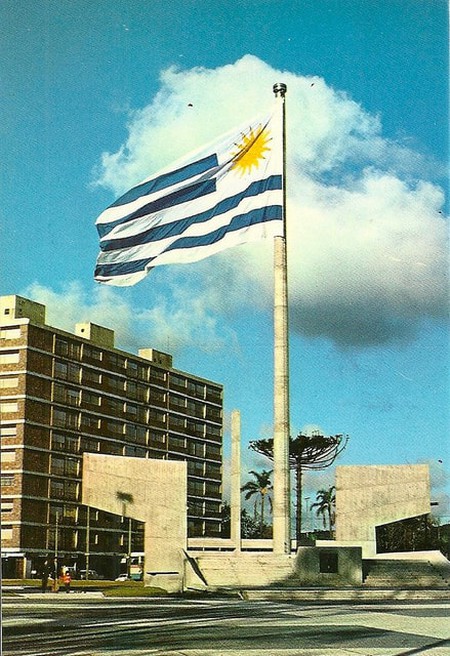