The Coolest Neighborhoods in Montevideo, Uruguay 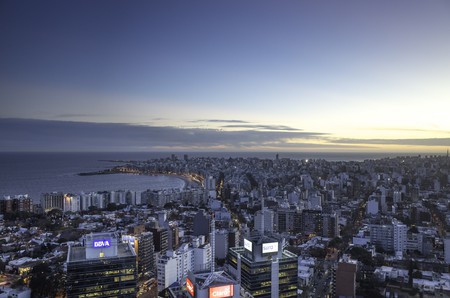 Defining Montevideo’s atmosphere in just one word is simply impossible. This Uruguayan city is a combination of many different styles and influences, which can be reflected in its neighborhoods, all of which have many aspects to offer to all types of visitors. Discover here the coolest neighborhoods in Montevideo, Uruguay.

There’s no doubt that this is one of the city’s top neighborhoods. Whether people are looking for a place to shop, run, cycle, have a picnic, get a drink, eat out, dance, visit an amusement park, or go boating, Parque Rodó is the right place for any of these options, and more.

This district is named after the huge park that’s located in the center of the neighborhood, which surrounds a lake with pedal boats for rent. There’s also an amusement park that’s divided into two areas, one aimed at children and another for adults. The rest of the park is crossed by paths, which make great trails for running, cycling, or walking. The southern side of the park – and neighborhood – faces the beautiful Río de la Plata, and is right in front of Playa Ramírez, one of the city’s most popular beaches during summer. 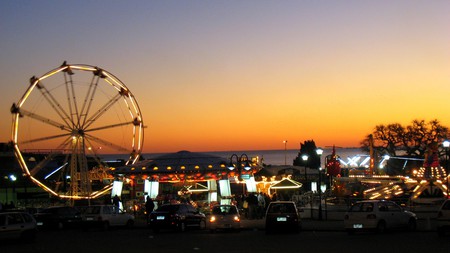 Scattered throughout these streets are some of the main university departments of Montevideo. In fact, the public schools of economics, architecture, engineering and communications are all in Parque Rodó, so the neighborhood is always one of the most crowded in the city, and especially populated by youngsters.

You’ll find a constantly bustling nightlife here, with busy bars and restaurants any day of the week. And from Thursday to Saturday, all dance clubs are open from 1 a.m. onwards, which includes some the trendiest clubs in the city.

Parque Rodó is also a great place for shopping, with a giant street market next to the park every Sunday, selling all types of clothes, decorative objects, and accessories at very fair prices.

As the old city, there are treasures hiding in this neighborhood’s every corner, which makes it absolutely different from any other in Montevideo. The surrounding old buildings allow visitors to feel transported in time to the colonial era.

Apart from being one of the most important business centers during the week, it’s also the main tourist destination, as most city attractions are located here, particularly those that hold a close relation to the golden years of Montevideo. The most relevant are Palacio Salvo, Teatro Solís, Plaza Independencia, Mausoleo de Artigas, and Puerta de la Ciudadela. There are also several museums displaying Uruguayan history, like Museo de Arte Precolombina e Indígena, Museo del Carnaval, and Museo del Tango. 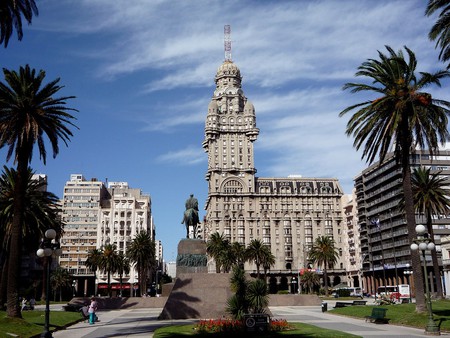 Just a few years ago, Ciudad Vieja was a bit worn down, until artists moved in and transformed the area. Streets artists covered the grey walls with beautiful graffiti and abandoned houses were turned into modern cafés, resulting in a great vintage mixture that made Ciudad Vieja trendy again.

Across the city’s port is Mercado del Puerto, an enormous food market and the best place in town to enjoy the traditional Uruguayan barbecue and buy souvenirs and leather goods in the stalls located outside. Finally, Ciudad Vieja is also a great place for shopping, specially for antiques and secondhand clothes. 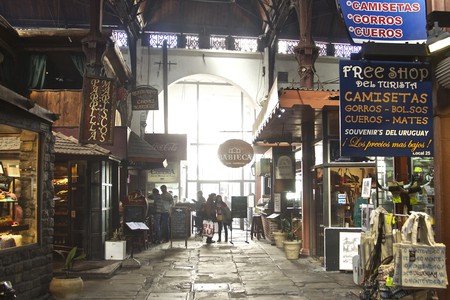 Though many of its buildings are modern, Pocitos is actually one of the oldest neighborhoods in Montevideo. Translating as “small holes in the ground,” the name Pocitos is from the colonial period, when women would go to the river to wash clothes in small holes made in the ground.

In this neighborhood, old renovated houses perfectly coexist with the tallest towers of the city. Those built facing the sea are some of the most expensive properties in Montevideo. Pocitos’ Rambla – the name given to Montevideo’s promenade – offers one of the most stunning views of Río de la Plata.

During the summer, Pocitos’ promenade is always crowded and its beach is also one of the most popular in the city. To be honest, though, this part of the city is crowded all year long. It’s a favorite spot to gather with friends, play all types of sports, or just sit facing the sea in more quiet moments.

Pocitos is mainly a residential neighborhood, but its parks, open spaces, and wide avenues make it a perfect sunny day destination. 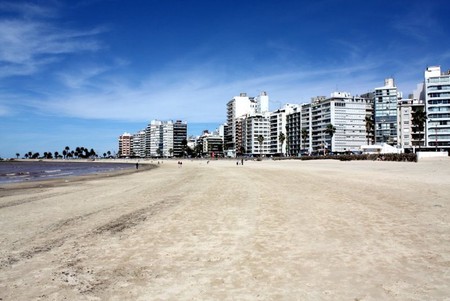 What makes Carrasco special and different from any other neighborhood is that the city prohibits the construction of buildings more than three floors high. Its multiple open spaces and sprawling houses with enormous yards make it one of the most expensive places to live in Montevideo.

About 100 years ago, people who lived in Pocitos, Centro, or Ciudad Vieja would have a second house in Carrasco, so the neighborhood was mainly a weekend getaway. Nowadays, families live here all year long. One appeal is its greener environment, but the main reason it’s so desirable is that it’s less crowded than any other district in town. More and more companies choose to operate in Carrasco every year, so the neighborhood’s commercial area has really developed recently. 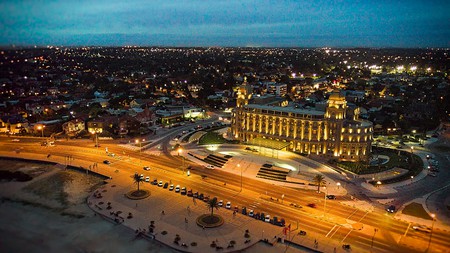 This is definitely one of the coolest places in Montevideo, but interestingly, Punta Carretas Shopping, one of the finest malls in the city, was once a jail.

This district has access to the Rambla, too, where the beautiful Faro de Punta Carretas lighthouse is located.

One of the main parks of the city, Parque Villa Biarritz, is also located here. Every Saturday, a great street market takes place in this park, where visitors can shop for clothes, accessories, furniture, vegetables, and fruits. 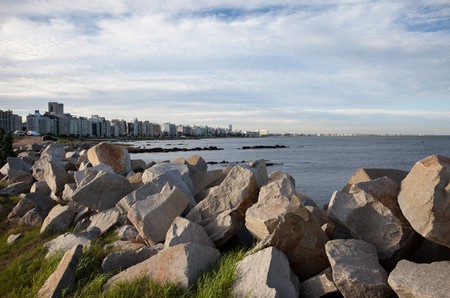