The Best Underrated Music Festivals to Visit in Uruguay 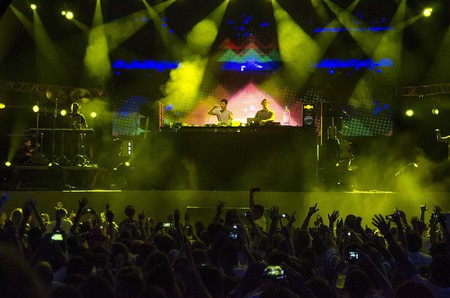 For such a small country, Uruguay has a lot of music festivals to choose from. Some are focused towards tourism, others toward regional music, and between all of them the musical offering spans a great variety of genres. Check out the most important music festivals—there’s something for everyone, whether you like to be calm or party.

This festival has been going on in Montevideo for years. It’s very popular among locals because there’s always great international bookings of alternative genres, such as The Black Keys, Franz Ferdinand and Iggy Pop in previous years, and Gorillaz, who are playing this year. The outdoor venue is medium sized, which is perfect for the number of people who go, and also creates quite an intimate experience with the bands and music.

This is a very cultural music festival, where usually the best local music figures in the country perform for an audience of all ages. The music festival goes on by a river in the countryside, quite far from the coast of Montevideo, so people who go usually set up tents nearby. Musicians play in the daytime, making for a tranquil atmosphere, and in the nighttime, when it gets more crowded. Later on, there are parties going on for people who want to continue throughout the night. It’s a great festival because it’s typically Uruguayan, and appeals to a great variety of people.

Creamfields is an internationally famous festival, originally founded in the UK and celebrated in Chile and Argentina. Uruguay started hosting it in 2017, for the upcoming years. The festival will be set in a beautiful part of Montevideo, on the top of a hill next to a lighthouse. Expect heavy dancing to EDM and tropical house from dusk to dawn on a warm spring night. Among the big names playing in 2017 are Hernan Cattaneo, Lee Burridge, Luciano, Nervo, Oliver Heldens, Richie Hawtin, Robin Schulz and Yellow Claw.

There are many jazz festivals in Uruguay throughout the year but this one is the best. It goes on for several days, and hosts very talented international and regional jazz musicians. It goes on during the summer, at a countryside farm close to Punta del Este. The music goes on in a small stage outdoors, making for a very intimate yet fun atmosphere. The incredibly talented Paquito D’Rivera is the usual musical director and brings in amazing musicians.

This EDM and house electronic music festival has been going on for years in Punta del Este. It’s a hit among tourists particularly from Argentina and Brazil. You should go there expecting to dance the night away to the loud music and intense lights. It gets very busy, but the space is huge, so you can dance away from the stage and have your own space or drift away in the mass of people at the front. DJs Jamie Jones and Luciano headlined last year.

This traditional festival goes on during carnival, right on the streets of major cities like Montevideo. Its origins date back to the 19th century, around the 1860s. They started as spontaneous popular manifestations, where the drummers would parade the streets and call their neighbors to perform with the drums. Nowadays, this consists of a parade called comparsa, with drummers, dancers, and other traditional figures like “the old mama and papa,” a child dancing with a broom and the flag. Everyone wears costumes and face paint and there are prizes to be won for the best comparsa. 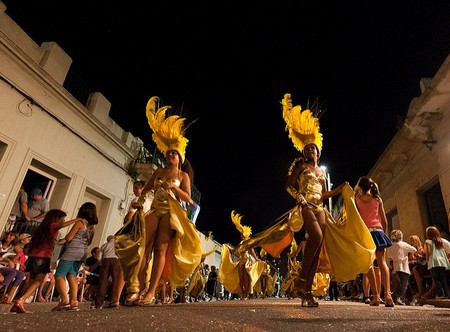 This festival got suspended in 2007 and is coming back in 2018. It brings together the best of regional rock, jazz, blues, tango, reggae, hip hop, and funk in stages on and next to the beach. It is organized to be in the coastal city of La Paloma, a great location by the beach in the east of the country. These beaches are amazing, so the festival is a perfect excuse to go soak up some sun while checking out the regional music scene.

This picturesque festival goes on in Argentina and Uruguay. DJs play during the day time to people blasting each other with color balloons. This is a very fun festival that is not so much about the music but more about the party, meeting people, and having fun under a thousand colors.