The Best Street Food In Montevideo

Uruguay’s food and drinks have a lot of Italian and Spanish influences, but the country’s cuisine is increasingly influenced by the United States too. The street food culture is hugely vibrant in Latin America, and all across Montevideo you will find street food stalls selling all manner of delicacies, that are rarely in a fixed place. The hot-spots for comida callejera are the city’s numerous markets in the streets and parks, as well as in the city center. Read on to discover more about the local delicacies you can find on street food stalls across Montevideo. 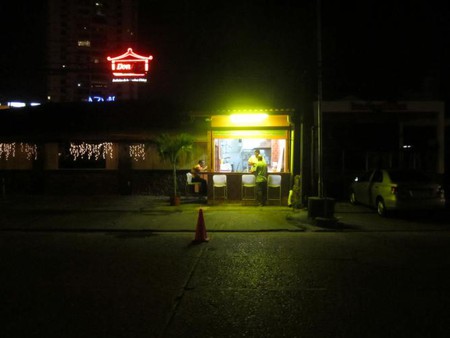 Choripan is a kind of spicy hot dog filled with chorizo, a spicy sausage, garlic and paprika. Choripan is again found across South America. Typical for the Uruguayan version is to cut the sausage in the half and season it with Chimichurri, a salsa that is a mixture of different spices, herbs, oil and vinegar. You will find choripan mostly at sports events, on food stalls in the streets, and, of course, at street markets. 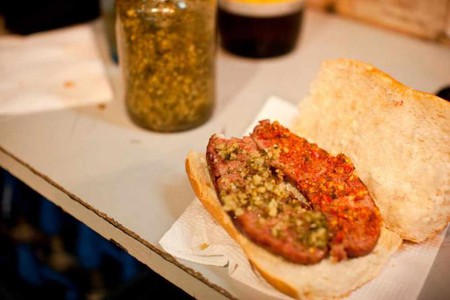 Sopaipilla is a typical dish in Latin America. In Uruguay it is also known as torta frita. It is a kind of fried bread made of wheat flour, salt and water, that is mixed into a dough, with some butter or oil added. This mass will be rolled out into a round shape of about half a centimeter to two centimeters thick. Finally, the almost ready sopaipilla will be fried in hot oil. 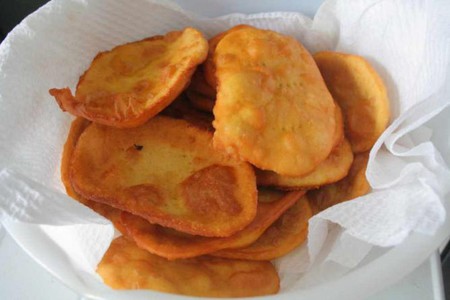 They exist in many different shapes, with many different fillings and in many different cities. Empanadas are very popular in South America and Central America, but they are also sold in Spain and the Philippines (a former Spanish colony, like much of Latin America). This dish consists of fried or roasted filled pastries in mostly round and square shapes. The most common fillings are beef or chicken, or ham and cheese. Dessert empanadas come in flavors such as chocolate and banana. 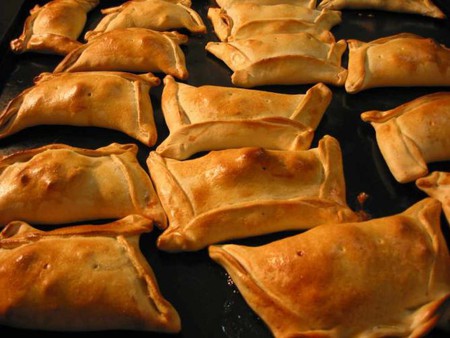 Alfajores are widespread in South America and exist everywhere, except Venezuela, Guyana, Suriname and French Guiana. They are the perfect food for all gourmet sweet fans. Alfajores are a kind of filled cookie. They are made using the main ingredients for dough: wheat flour, sugar and butter and baking powder. This mass will be formed into small round shapes. Two of these cookies are then glued together with dulce de leche. Sometimes, they are also covered with white or brown chocolate, glazed sugar or coconut. The best ones are the hand-made Alfajores found in markets or single stands. 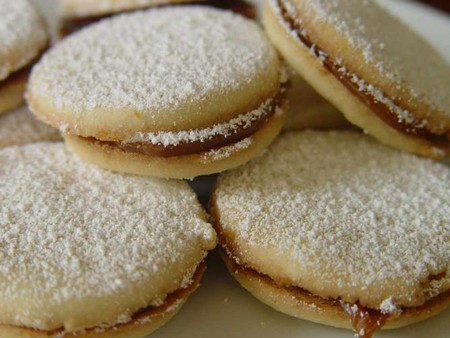 The origin of this food is uncertain, as you will find it all around the world. In Spanish they are called garrapiñadas, or more commonly maní. This sweet, available everywhere you look in the city, is typically made of shelled peanuts, sugar and essences of vanilla. They are sold in small packages. 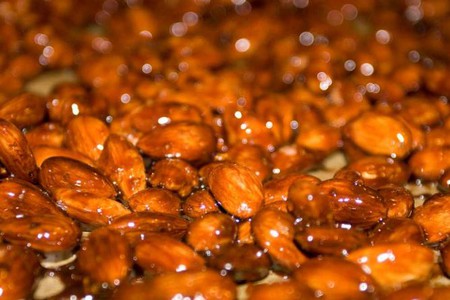