The 12 Best Uruguayan Musicians You Need To Know

Uruguay pulsates to carnival sounds, particularly the candombe: a style of dance and music brought over by African slaves that is now an important component of Afro-Uruguayan culture. Tango is also integral to Uruguayan music –although the legendary Carlos Gardel is not included in this list, as his birthplace is very much debatable. Here are 12 Uruguayan bands and artists to listen to while drinking yerba mate. 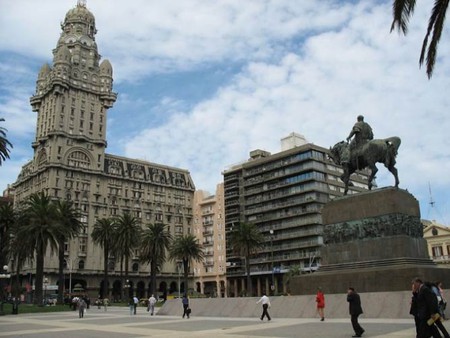 In the 1960s, the global phenomenon of Beatlemania spawned imitative bands in Uruguay such as Los Shakers and Los Mockers. Yet, the emergence of El Kinto in the late ’60s permanently changed the musical landscape in Uruguay. Much like the Tropicália movement in Brazil, the group was influenced by western music but produced songs that were noticeably Uruguayan in character: Candombe Beat. This new sound — rhythmic ’60s psychedelia — gave Uruguayan bands a new template from which to create music. A prime example of El Kinto’s style is the song “Muy Lejos Te Vas,” boasting a Revolver-esque riff, group harmonies, and the candombe drum.

This rock group is one of the biggest contemporary rock bands in Uruguay and its popularity stretches across South America. No Te Va Gustar first gained recognition in 1998 when they won the “Third Song Festival of Montevideo,” and they haven’t looked back since. Throughout the course of their eight albums, the members have incorporated reggae, salsa, candombe, and murga into their anthemic rock.

Similar to El Kinto, Totem had a seismic impact in Uruguayan rock music, and lasted longer as well, releasing three albums in the space of three years. The first one – self-titled – is arguably Totem’s best collection of songs. It includes “Chévere,” a taste of what The Byrds might have sounded like if they were Uruguayan. Yet, perhaps the stand-out track is “Mañana,” a classic slice of ’60s. The first album stands the test of time as a totem of Candombe Beat. The subsequent albums fuse bossa nova with hard rock. 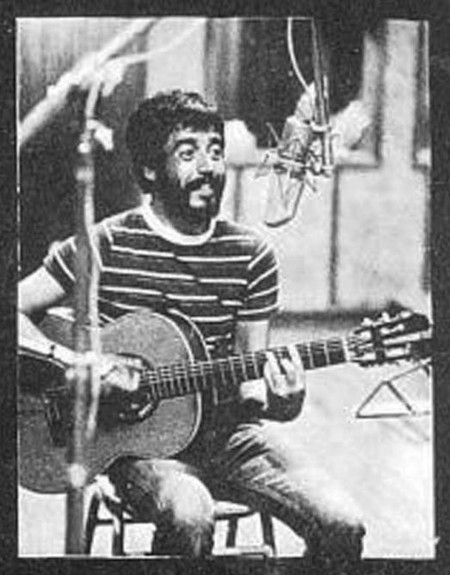 Mateo could be described as a Syd Barrett-like figure in the history of Uruguayan music. His addiction to acid – coupled with his maverick behavior – meant that his life gained mythical status at times, but is still considered one of Uruguay’s most gifted musicians. He was instrumental in El Kinto, shaping the band’s distinctive sound, and then went on to have a highly acclaimed solo career. His most important solo album is 1972’s Mateo Solo Bien Se Lame, which is lauded by the the likes of folk artist Devendra Banhart. It is a stripped-back and often melancholy affair, where Mateo – and his unorthodoxly tuned guitar – pours out his soul on each track.

Nina Miranda has been described as the best tango singer to originate from Uruguay. Nina was born in 1925, and from an early age was noted for having an extraordinary voice. In 1942, she won a singing contest on a radio station and was invited to tour in Brazil with the female orchestra Las Golondrinas. She performed regularly with Uruguayan Donato Racciatti’s orchestra, impressing audiences all across the Rioplatenese region. Ultimately, her songs encapsulate a bygone era.

Alfredo Zitarrosa was initially a journalist before he became a musician. However, he was one of many Uruguayan artists forced into exile from his country because of the military dictatorship in 1973. As a poet, his mastery of the craft took on a greater urgency as his songs reacted to the injustices occurring in his homeland. For example, the amazing “Guitarra Negra” (1977) is structured as a 16-minute poem accompanied with classical guitar and orchestra. He is often categorized in the “nueva canción” genre, described as a traditional folk artist armed with a pertinent socio-political message. Zitarrosa’s songs were censored at the time, but nowadays he is revered in Uruguay. 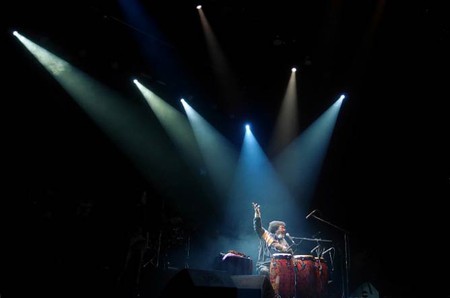 As someone who features prominently in El Kinto and Totem – two of the most important rock bands in Uruguayan history – it is safe to say Ruben is a prolific musician. Furthermore, he has gone on to forge a successful solo career as a singer and percussionist. Rada has been pivotal in elevating the status of the candombe genre in popular music. Indeed, the catchy candombe song “Las Manzanas” (1969) was an early example of his modus operandi. In 2011, he was bestowed with a Lifetime Achievement award by the Latin Recording Company for his work that encompasses jazz, funk, bossa nova, and tango.

Drexler first entered the consciousness of an international audience when his song “Al otro lado del rio” won an Oscar for the Best Original Song, serving as the soundtrack for the film The Motorcycle Diaries. It was a proud moment for the Uruguayan, as this was the first time that a Spanish song had won this accolade. Jorge initially trained to be an ENT doctor, however he decided to venture into music – a pretty good decision considering his albums are consistently well-received by critics. His most recent album, Bailar en la cueva, is more dance-orientated than his previous work, incorporating Uruguayan carnival beats such as the the murga, camdombe and milonga.

Martín is an energetic multi-instrumentalist who refuses to be pinned down to a specific category. For example, in his album Temporada de Conejos, there is a poppy cut, “Extraña Cabeza del Amor,” featuring a sitar, and the next song is “Blues del Carrito,” co-written with Spanish solo artist Kiko Veneno. Buscaglia is always looking to experiment, as well as pursue atypical projects. Indeed, this was not the last time he recorded with the Spaniard, for they reconvened last year for a new album, El Pimiento Indominable. 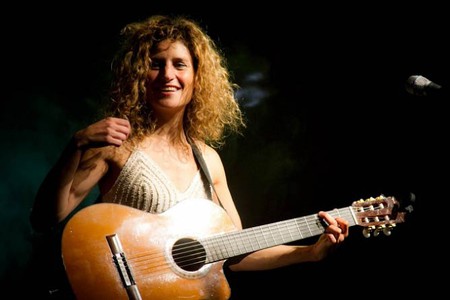 Her first foray into music was fronting the band La Caldera with her cousin Daniel Drexler. As a solo artist, Ana has performed with the likes of Ruben Rada at Teatro de Verano, and even made an appearance at 2014’s SXSW Festival. She has released three very well-received solo albums: Soy Sola (2006), Soy Pescadora (2009), and Soy Otra (2013). Her soothing folk is fused with Uruguayan elements such as milonga and tango. Ana’s most recent work, Y que más, was co-written with Argentine singer-songwriter Teresa Parodi.

The most famous tango tune, “La Cumparsita,” was written in 1916 by an Uruguayan artist Gerardo Matos Rodriguez. Tango is a big a part of Uruguayan culture and contemporary tango music continues to thrive today. Malena Muyala managed to launch her career in 1991 after winning the National Contest of Tango in Uruguay. She is now a prominent contemporary tango artist in her country. Her first and third album, Temas pendientes (1998) and Viajera (2006), both went Platinum, and her second album, Puro verso (2000), went Gold. Furthermore, Malena has performed with the Philharmonic Orchestra of Montevideo and recorded her fourth album at the Solis Theatre.

Born in Montevideo, Juan Wauters moved to the U.S. with his dad because of the economic crisis swamping South America in the 1990s. Settled in New York, Juan teamed up with fellow Latino Jose Garcia to form a band called The Beets. Hugely influenced by the Ramones, their songs oozed with attitude and swagger. Last year, he released his first solo album, North American Poetry. His new video for his single “Water” is recorded in Montevideo, showcasing his affection for his city.