Should the Falklands Actually Belong to Uruguay?

Posing this question 35 years after the terrible Falklands War, which cost the lives of around 650 Argentinians, 255 Britons and three Falkland Islanders, might seem frivolous. Far from that, a book titled Las Malvinas, Are They Uruguayan?, written by Uruguayan architect Juan Ackermann and Argentinian engineer Alfredo Villegas Oromí, was published last January adding more spark to the ongoing controversy: the possibility that Uruguay could claim the islands that Argentina still demands from England today.

The basis for the authors’ argument is a contentious treaty signed in 1841 between Spain and Uruguay, in which Spain gives Uruguay the territories of the islands. The polemic lies in the fact that, according to the authors, Spain signed a similar document with Argentina 17 years later, promising the territories that they had already given to Uruguay. 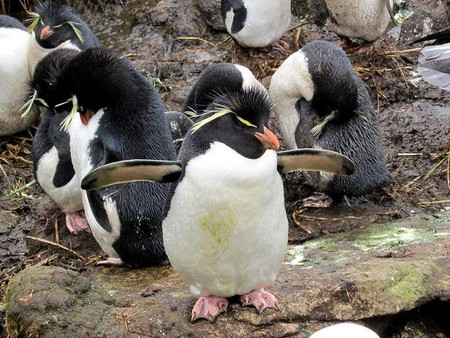 Who wouldn't want to claim this little guy? | © David Stanley/Flickr

As if this wasn’t enough, it is stated that Britain had dominance over the Islands since 1833, but they only became an official crown colony in 1841… the same year as the Spanish treaty with Uruguay was signed.

In an interview by Uruguayan newspaper El Observador, the authors describe how in 1972, Argentinian legislators recognized this 1841 treaty granting domain of the islands’ territory to Uruguay. Apparently, when Argentina and Uruguay signed the Antarctic treaty (regulating international relations towards Antartica and the territories around it), it is signed first in the Uruguayan Senate and then in the Argentinian. This Antarctic treaty was based on the 1841 treaty between Spain and Uruguay, and by signing it, the Argentinians were recognizing the latter. 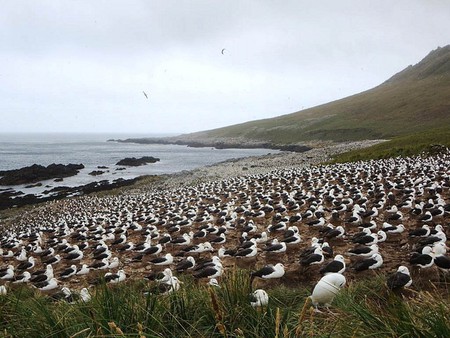 Maybe the Albatross should claim sovereignty next | © David Stanley/Flickr

But, what relationship did the Falklands even have with Uruguay?

Throughout the 19th century, the links between Uruguay and the islands are surprisingly many. The Uruguayan entrepreneur Samuel Lafone, for example, bought a region called Lafonia that corresponds to almost half of one of the islands. There, he raised sheep and brought over a lot of Uruguayan gauchos that added to the Spanish words the Kelpers speak. Many islanders traveled to Uruguay to study in the schools of Montevideo, and even now retain a good relationship with Uruguayans. 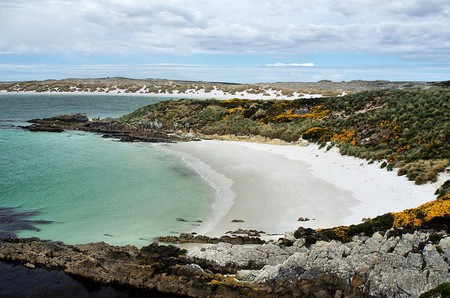 They both have fantastic beaches, although Uruguay's way warmer | © Byron Howes/Flickr

What does this mean for the future?

The Falklanders had a sovereignty referendum in 2013, in which they were asked if they supported the continuation of their status as an Overseas Territory of the United Kingdom. The vast majority of the population (an overwhelming 99.8 percent) voted “yes,” with a total of only three islanders voting against it.

In their book, the authors speculate on what Uruguay could do with all this researched information. They propose that Uruguay could start conversations with England and the islanders, that it could take a third part in the ongoing claim for co-sovereignty, or could even pressure Argentina. Of course, they also state Uruguay could do nothing with this information, which is most likely to happen since Uruguay has never shown any signs of wanting the territory in the first place.

In their interview with El Observador, the authors state that they “haven’t uncovered anything. Just inquired deeper into documents that already existed. Juridically, the islands belong to Uruguay.” Villegas admitted, “For me, that I’m Argentinian, it was really hard to realize that all of this is true.” 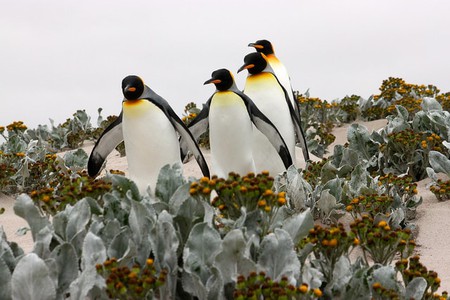 A group of King Penguins | © Moonshiner69/Flickr
Give us feedback