Is Uruguay Home to the World’s Most Eccentric Hotel? 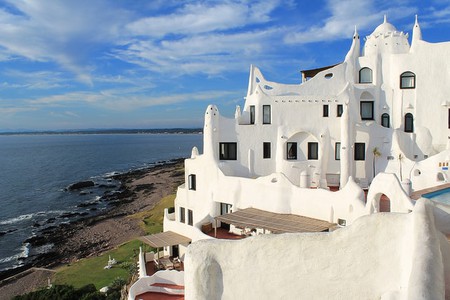 Tucked into a cliff of the small peninsula of Punta Bellena is one of the world’s most eccentric buildings. Designed by the artist Carlos Páez Vilaró as a summer home and art studio, Casapueblo defied all expectations and gradually grew into a sprawling construction that weaves up the cliff. After the artist’s death it was converted into what it is today, possibly the world’s most eccentric hotel.

The building reflects the extraordinary life and talent of Vilaró as if it were his own ‘living structure.’ Like Vilaró, a humble Uruguayan factory worker in 1920s Argentina, it had a modest start as a simple wooden lodge on the seaside. Over the years the artist developed his talents and his paintings became internationally acclaimed. It wasn’t long before he was traveling all over the world, having unbelievable experiences, and making prolific acquaintances. Everywhere he went and everyone he met left an impression on his soul and are now embedded deep within the very foundations of Casapueblo. 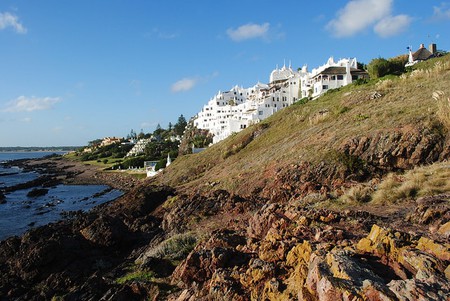 Vilaró employed the handicraft method of construction: he instructed his crew to use simple tools and made on the spot decisions. He claimed inspiration from a common, Uruguayan nest-making bird called hornero, which creates a hollow orb-like home for its young. When you walk through the walls of his masterpiece, it feels more like a labyrinth made of many nests. 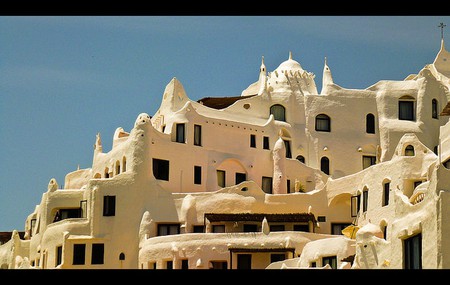 The general architecture is reminiscent of Greek Cycladic islands like Santorini or Amorgos where the colors of sea and sky don’t stop at the cliff. The walls are made of cement and render, then whitewashed to give it a veneer of purity, emphasized by the decorative finishings painted blue to reflect the sky above and sea below. Although this building avoids any strict definition, Casapueblo was heavily influenced by Gaudí as well which is evident when you look at the sculptures and window design. 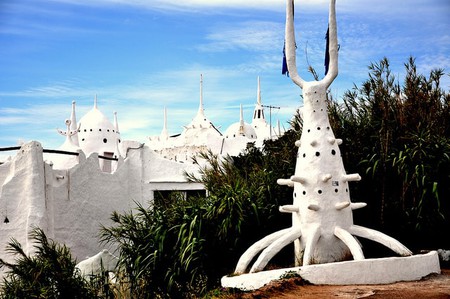 As Vilaró’s international acclaim grew, so did his ambition. His building soon grew to engulf the cliff with 13 terraced floors, each of which has an outstanding view of the sunset over the Atlantic ocean. The sun was an ever present part of the design and construction process, and Vilaro was always conscious of how the sun would interact with every corner of Casapueblo. The artist’s formative years took place in Uruguay and Argentina where the ‘Sun of May,’ a specific symbol for the sun, is as culturally embedded in their psyche as it is on their flags, so it’s no surprise that Vilaró wanted a dynamic interplay and unison between it and his masterpiece. 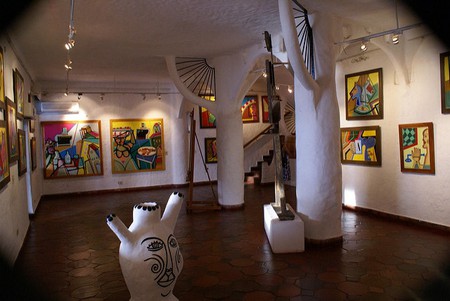 Along the walls of the hotel and on display in the museum you can enjoy Vilaró’s unique and wonderful paintings, where the ‘Sun of May’ is a frequent theme. It is also remarkable that there are no straight lines within Casapueblo, to reflect the artist’s lifelong battle against linearity and definition. 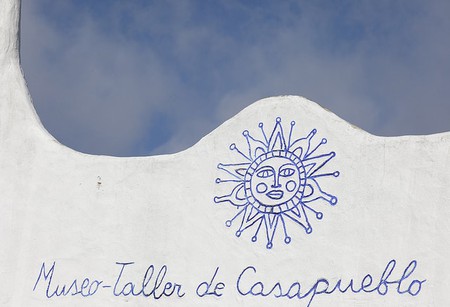 Other striking features of the hotel are its rooms, each one identified by Vilaró’s own symbols rather than numbers, which enhances the unique eccentricity of the experience. To visit this architectural wonder and beautiful part of the world is to become a part of the story and live in the artist’s puzzle.