A Budget Traveller's Guide to Montevideo 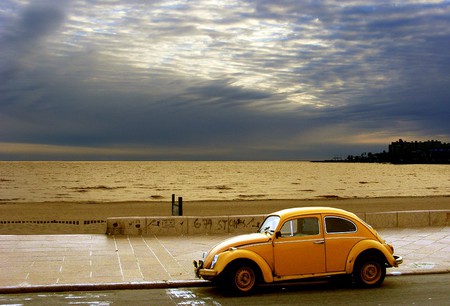 Montevideo has a reputation for being pricey. By South American standards, this enigmatic metropolis can make even Buenos Aires look like a budget destination. But that’s not to say there aren’t plenty of ways to get some bang for your buck. Here’s our budget traveller’s guide to Uruguay’s coolest city.

Montevideo’s collection of amazing museums is totally free. The city has more than 50 museums, showcasing local curiosities as well as internationally renowned fine art masterpieces. From remnants of Uruguay’s cowboy culture at Museo del Gaucho to world artifacts at the Intendencia’s Museo de la Historia del Arte, uncover some of the city’s historical gems without spending a dime.

a culture-filled Sunday after 10 days off Instagram. Museo Blanes, Jardín Japonés and ice cream with friends in #Montevideo #Uruguay 🤓⛲️🍦

Perhaps Montevideo’s most enduring draw, the Rambla is a meeting point, a sports track and a proposed UNESCO World Heritage site, all in one. Curving around the coast for miles, this sun-kissed promenade is perfect for people watching, cycling and mateando (sharing mate – Uruguay’s herbal answer to coffee – with friends). Pack a picnic, set out to find your favourite spot along the Rambla and watch the sun set beneath the horizon.

Montevideo at street level isn’t much to write home about, but look up and you’ll see some wonderful examples of colonial architecture alongside flamboyant Art Deco roofs. For a bird’s eye view, head to Palacio Salvo on Plaza Independencia and take an elevator to the top floor for free. You’ll be rewarded by dazzling views of the city’s chequered rooftops, from Ciudad Vieja to Barrio Sur and the Río de la Plata beyond.

All year round there’s something going on in Montevideo’s streets. Late summer sees Carnaval dominate the city’s central barrios, lasting 40 days and nights, well into February. It’s a wildly vibrant celebration of African immigrant culture, soundtracked by candombe (a fantastical rhythm created by dancing and drums), as well as murga and tablados, and colourful street performances. In the depths of winter, stay up late on Montevideo’s La Noche de la Nostalgia, when bars and clubs play hits from days gone by until the wee small hours.

One of Uruguay’s cheapest and most delicious exports is its beef. Move over Argentina, this is the real deal. Head to La Pulpería for big portions of succulent asado, served with crispy fries and fresh salad. Beloved by locals, it’s one of the best value parrillas in the city. Get there early to beat the crowds – this tiny place doesn’t take reservations.

Empanadas are a staple of Latin American cuisine. Tiny pasties stuffed with everything and the kitchen sink, they’re tasty, filling, cheap and available pretty much everywhere in the city. For some of the best, try Empanadas Carolina in Mercado del Puerto. At just 51 pesos for an empanada and 60 pesos for a chilled beer, you can make up a picnic to take to one of Montevideo’s leafy parks for next to nothing.

If you’re raring to experience Montevideo’s nightlife, spend a night at El Viajero in the city’s Centro barrio. This party hostel has compact dorms, a lively terrace and its own mini supermarket. At the 24-hour reception, friendly staff will point you in the direction of the city’s best bars and clubs. With air con and live music throughout the summer, a bunk at around US$17 a night is not to be sniffed at – just don’t forget your ear plugs.

This charming hotel in Ciudad Vieja will transport you to another age. Influenced by European guest houses of old, Hotel Palacio is a tranquil, quaint retreat from the bustling city. With rooms starting at less than $50 a night, stunning views across the port and a central location, it’s a steal in the old city. Add warm service and some gorgeously restored antique features and even the modest price tag is all the more worth it.

This upmarket hostel combines uber-cool design with a friendly backpacker vibe. It’s the only hostel in Montevideo with a swimming pool out on its sun-drenched terrace. Complimentary lockers, breakfast and that all-important free WiFi, as well as a well-stocked, all-night kitchen and a piano for the musically inclined, make this hostel a cheap and cheerful place for a pitstop.