A Brief History of Teatro Solís 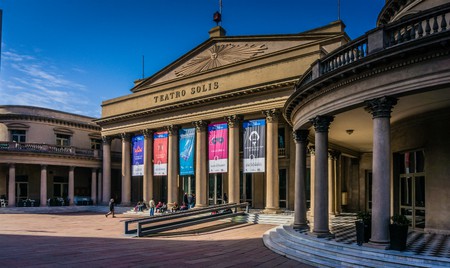 A striking neoclassical masterpiece on the edge of Montevideo’s old town, Teatro Solís is the heart and soul of the city’s performing arts scene. A glance into the past reveals a history fraught with obstruction and opposition, that threatened the theatre’s very existence. What stands today is the product of Uruguay’s unfailing dedication to theatre and artistic expression.

In 1840, an idea formed in the minds of well-to-do locals for a theatre that would emulate the majesty of Italy’s most celebrated structures. In the early 19th century, Montevideo’s middle class was keen to push its social and political agenda, which included the creation of a place to see and be seen. There was no theatre in South America that could rival those of Europe and the city was feeling this absence. So Teatro Solís was born.

Construction was halted in the mid-1840s by Uruguay’s Great War. Precious materials, like Siberian timber and Italian marble brought over from Europe, were kept under lock and key, while civil war ravaged the country.

Even after the fighting was resolved, the theatre still stood half-built thanks to disagreements over its design; the project was passed from the theatre’s visionary Carlo Zucchi into the hands of Spanish architect Francisco de Garmendia. It was only in the early 1850s that building work picked back up and the majestic facade was finally finished. 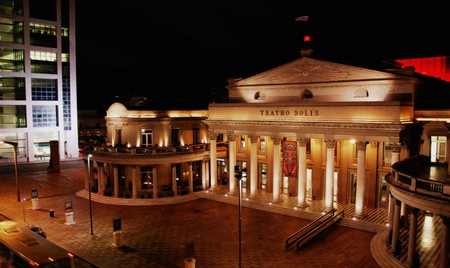 The grand unveiling of the theatre in 1856 was set against a backdrop of poverty, cholera and social unrest. After so many setbacks, it was a huge victory for the theatre’s original backers that it made it to opening night. Verdi’s opera Ernani was the first performance to grace the stage.

Even then, the theatre was not yet complete – the side walls flecked with holes and crumbling stone. Over the next six decades, Teatro Solís underwent a vast array of changes: the stage was widened, the ceiling refitted, the interior intricately decorated in pastels and gold leaf.

In 1875, the renowned Uruguayan Realist Juan Manuel Blanes was commissioned to paint the enormous stage curtain; by 1887, the theatre was lit by electricity for the very first time. 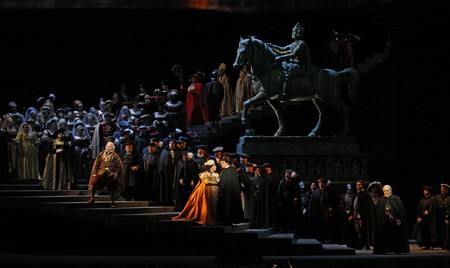 At first glance, Teatro Solís’ breathtaking facade is reminiscent of Teatro Carlo Felice in Genoa, with its carved pillars and Grecian-style canopy.

The influence of Italian architect Giuseppe Piermarini – designer of Teatro alla Scala in Milan – can be seen in the interior’s elliptical structure, though it drew most of its inspiration from the Teatro Metastasio di Prato, near Florence. 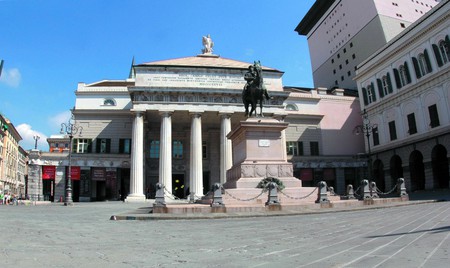 Teatro Solís has hosted some of the greatest performers the world has ever seen – from actresses Sarah Bernhardt and Vivien Leigh to tenors Francesco Tamagno and Enrico Caruso. It has launched many illustrious careers and is renowned as the greatest stage by Uruguayan actors and musicians alike. Its closest rivalry is with Teatro Colón, across the La Plata River in Buenos Aires.

To this day, theatregoers will find a packed roster of comedy, opera, ballet, orchestras and plays at this celebrated theatre. After undergoing a major regeneration project in the early 2000s, Teatro Solís has re-emerged as one of South America’s leading destinations for the performing arts. 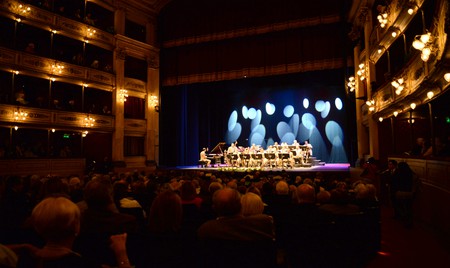