7 Traditional Uruguayan Dances You Should Know About 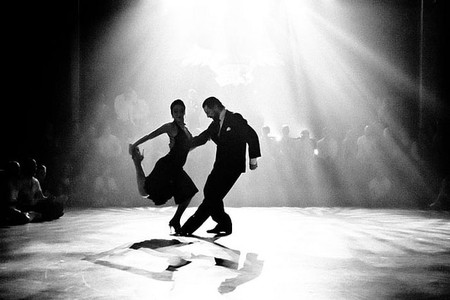 Dance forms a big part of Uruguay’s culture, and you will see it on the streets, in bars and clubs, or in shows. Dancing starts at an early age—kids learn their first traditional dance in school when they’re six years old, and usually perform it for parents and teachers in a big show. You can take classes of every traditional dance in Uruguay, or just go to one of the many venues where moving your body to the rhythm of the music is encouraged.

The history of candombe in Uruguay is related to the arrival of African slaves to the country, who maintained their traditions and musical rhythms. Nowadays, candombe is one of the most typical rhythms in the country, and one of the most popular traditions in the whole society. Candombe is traditionally played and danced in the streets, like a parade, with three different drums (chico, piano and repique), and different characters dancing specific choreographies. 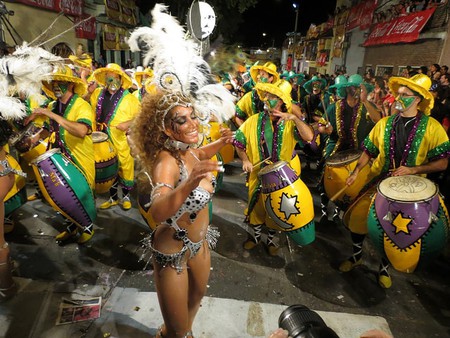 This is a poetic, musical form that was originated by gauchos—men that worked the countryside of Uruguay and Argentina. Their way of life paid great importance to their culture of music, dance, and poetry. It is one of the first traditional styles, from which milonga and tango were later created. In the payada, two payadores would perform a verbal duel, with guitars, in which each would sing verses enveloping an idea that established a poetic dialogue with the other.

The milonga incorporated elements of the payada with African rhythms, like candombe, that would later all integrate into tango. The themes of the songs, with the characteristic guitar, would center on the daily life of gauchos, or in more philosophical and moral issues about personal life. The main difference between Uruguayan and Argentinian milonga is that the Argentinian doesn’t incorporate African rhythms so evidently, as it didn’t have any influence from the strictly Uruguayan candombe. 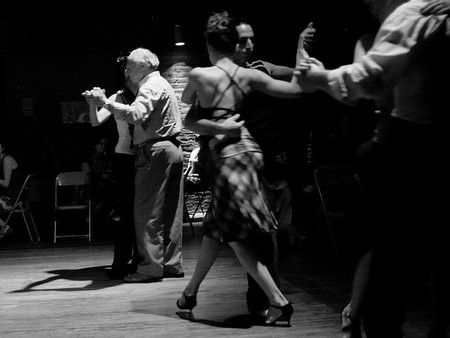 Tango is a music and dance style that originated in the port cities of Montevideo and Buenos Aires. Its musical origins are a mix of African (candombe), Latin American (milonga), and European influences, creating an entirely separate and independent fusion. The lyrics of the songs are usually about love, and include a lot of slang that originated in the working class. Nowadays, tango is iconic to the whole of Uruguay, not just its working class, and can be danced in special tango clubs and bars, and seen in shows. 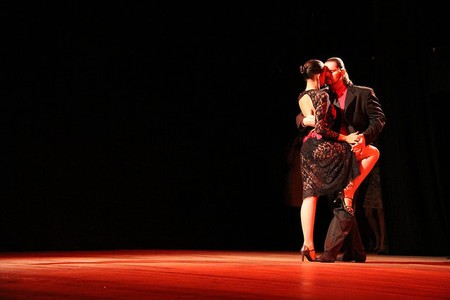 Pericón is originally from Uruguay, and is danced in some regions of Argentina as well. It was created by the Uruguayan musician Gerardo Grasso in 1887. The dance consists of eight interdependent couples, who dance a basic step and then perform certain figures with their dance at the shout of “Aura!” The best-known figure is the pabellón, where couples hold each other by their arms, make a circle, and hold a handkerchief on top of their heads, always keeping the rhythm of the music. These handkerchiefs are intercalated blue and white colors, like the Uruguayan flag. 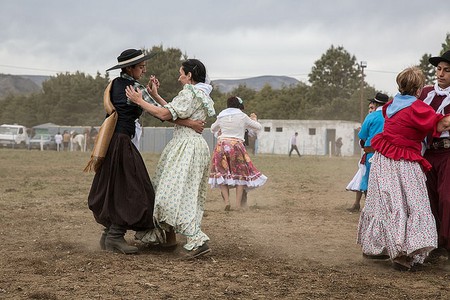 This is a dance that is attributed to the gauchos and the African slaves alike; it was considered the typical dance of both communities, in Uruguay and Argentina. Traditionally, it is danced by men and without a couple, but in pairs, each taking turns. While one dances, the other man waits, ducking, and observing. The audience, back then and nowadays, remains enchanted by the dancer who stomps, claps, arches his legs, crosses the knees and feet, and jumps as if gravity didn’t apply.

Nowadays, cumbia is the most danced musical genre in Uruguay. Originally from the Caribbean, this music extended throughout the continent producing variations in every country. The result in Uruguay is very similar to the one in Argentina, where cumbia was traditionally danced and produced by the working class and now is enjoyed by the whole society. There is even a sub-genre of ‘rich cumbia’ that emerged very recently as very wealthy people started forming cumbia bands and changing the genre.