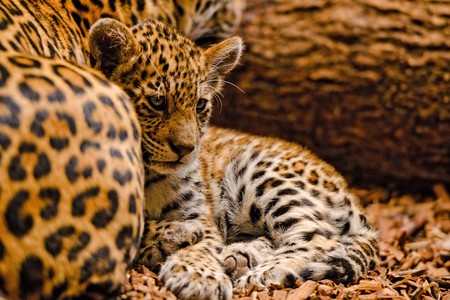 There is much debate between historians and scholars regarding the indigenous humans that occupied present-day Uruguay before the arrival of the Europeans, but there is no debate regarding the short but exciting list of animals that are native to the country. You will have to be very attentive to spot them, as sightings are rare; but if you are lucky, you could spot some unusual and majestic animals. After all, Uruguay means, in ancient Guarani, “the River of Painted Birds.”

Not just the most important bird in Uruguay, but the most important of all animals, the lapwing is the country’s national animal. It is very common in the souther pocket of land that Uruguay occupies and across the Rio de Plata, which separates the country from Argentina. This little grey-bodied bird sports a white underbelly and usually has some sporadic brown shading. The easiest way to locate it is to hear its distinct “keek” call, which sometimes doubles as an alarm clock. 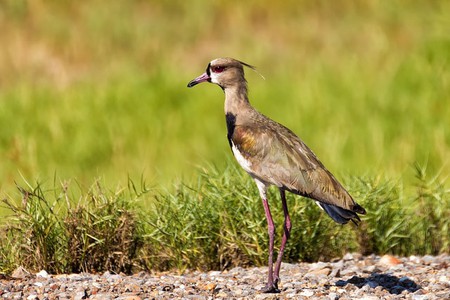 Often mistaken for a rat or chipmunk, the tuco-tuco is neither. It earned its name from the “tuc-tuc” noise it makes while digging its burrow, and is only known in Uruguay, and the bordering areas of Brazil and Argentina. You will have to be really fortunate to catch a glimpse of one of these adorable little guys, as they spend almost all of their existence under the soil.

A country that is home to a lot of rodents is also home to the largest of them all, the capybara. This creature, which is also referred to in South America as a caprincha, is a mammal that is a close relative of the guinea pig and looks similar to a large, tailless beaver. If you see one, you may be able to see a dozen, as they usually live in small groups, or even up to packs of up to 80 or 90 individuals. 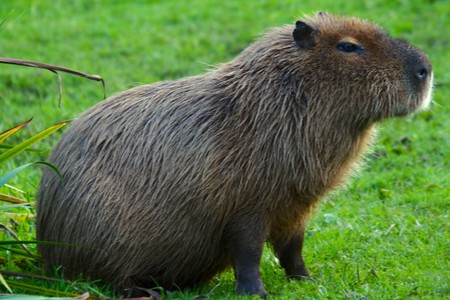 It is possible you have heard the name chinchilla in the context of the coats that are made from their extremely velvety fur, but putting cruelty in the name of fashion aside, this rodent native to Uruguay should also be known because of how cute and charming it is. Like a creature from a cartoon, the chinchilla has a fluffy tail similar to that of a squirrel, with a stout and chubby body. It is usually a sparkling grey or silver colour, and has a cute little face and enormous, disproportionately adorable ears.

The jaguar, easily the coolest animal to make the list, is also easily the most dangerous, as getting a glimpse of the Americas’ largest cat is a rare opportunity; the eeriest thing is that just because you can’t see it, doesn’t mean it can’t see you. A sleek and smooth-moving but robust and extremely strong animal, the jaguar looks a little like a rather more muscular and powerful cheetah. 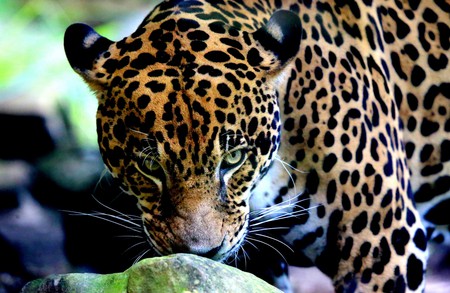 The easiest way to distinguish a coypu is that it looks like a beaver that has never visited a dentist. Another one of Uruguay’s interesting and unusual rodents, the coypu can be found near creeks, slow-moving rivers, and ponds and has a similar body to that of a large guinea pig, a long, thin tail, and enormous orange buck teeth – but the poor creatures don’t even have time to grow out of this awkward phase, as they rarely live to be three years old. 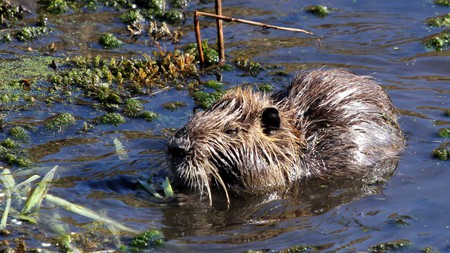 You will often hear one before you see one, as the wild boar grunts its way through the undergrowth – after all, it is part of the swine family that also contains its close relative, the beloved pig. Due to human intervention, their species has expanded and altered, creating many variations that have led them to becoming invasive and regarded as a pest; but a wild-boar sighting, as long as there is a little distance between you and Pumbaa, is always exciting.