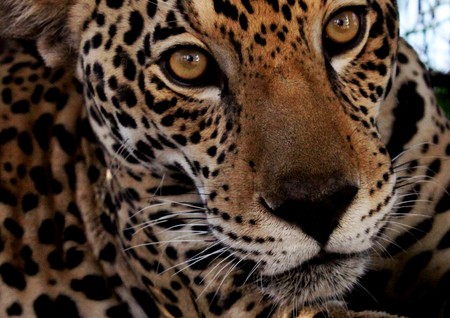 With the Atlantic Ocean lapping at the coast and wildlife havens Argentina and Brazil touching its borders, Uruguay is home to a remarkable array of creatures. Dolphins and whales swim up from the south for respite from the chilly waters, while giant rodents roam the vast grasslands in search of greener pastures. Here are the 20 most magnificent beasts to look out for on your next trip.

The black vulture’s crow-like looks gave Uruguay’s Quebrada de los Cuervos (or Crow’s Ravine) its name. It breeds on the ragged cliffs in this protected area in the east of the country. While this savvy scavenger prefers to feast on carrion and newly laid eggs, it has been seen snatching ticks from the fur of dozing capybaras. 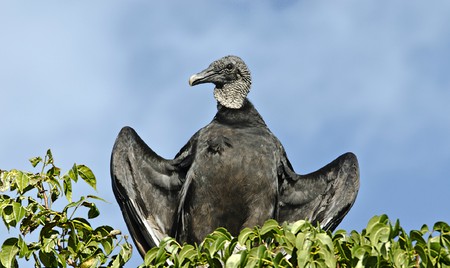 Long-legged and lithe, the burrowing owl is built to catch its prey on foot as well as on the wing. It makes its home in the grasslands of central Uruguay, where vegetation is low making dinner easy to spot. Unlike owls found on other continents, this one lives in abandoned burrows and is most active at dawn and dusk. 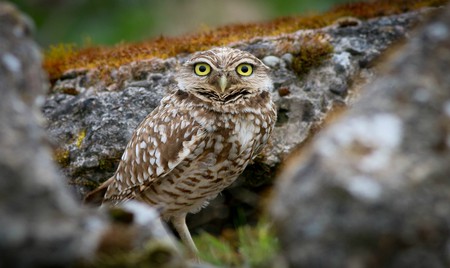 Thick-set, fearsome and with a jaw that can reduce turtle shells to rubble with one crunch, the caiman isn’t a creature you’d want to encounter in a dark alley. This cold-blooded beast nests in January when heavy rains make the dense undergrowth springy and soft enough to lay eggs. Look out for it in the lagoons of eastern Uruguay. 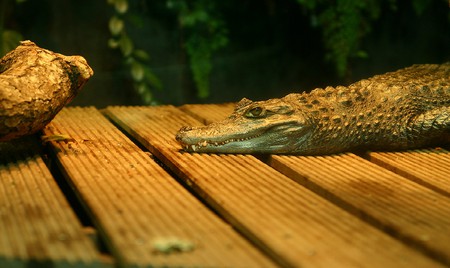 Proud owner of the title of largest rodent in the world, the capybara (or el carpincho, as it’s known round these parts) also graces the face of Uruguay’s two peso coin. Basically a giant, wild guinea pig, its natural habitat is dense forest and savanna, as long as it’s close to a lake or river. There can be as many as 100 capybaras in a single group, foraging together for fruits and aquatic plants. 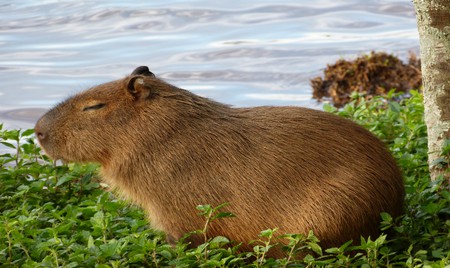 The coypu is a pesky critter. Each one of these rodents eats 25% of its body weight in grasses and roots every day, ripping up crops and leaving a swathe of destruction behind it after dinner. It makes itself at home in freshwater marshes, burrowing into the banks. 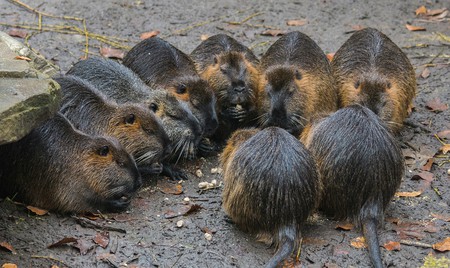 Rocha Lagoon, a national park since 1977, is home to over 220 species of bird, including the salmon-dappled flamingo. Graceful and social, flamingos stick together in huge groups often forming pairs, mating for life. The flamingo’s plumage flushes a deeper pink the more beta carotene it picks up for lunch. Flamingos in this part of South America are among the most colourful in the world. 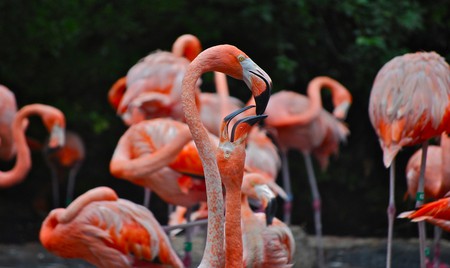 Plentiful in Uruguay’s rivers and lagoons, the tortoise happily munches its way through grasses and sweet fruits. Reclusive and incredibly slow, it shies away from areas busy with other wildlife. The South American forest tortoise is adverse to extreme temperatures: it loves to submerge itself in cool mud when the sun is high in the sky and hibernates to survive the winter. 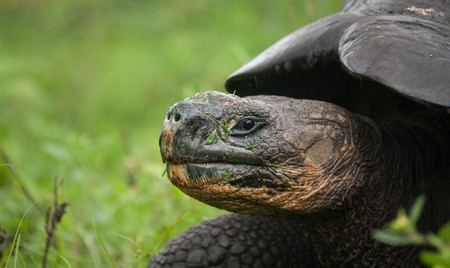 The glittering-bellied emerald is a common sight in Uruguay. Its wings beat in a figure-of-eight motion, faster than the eye can see, making the humming noise that gives it its name. It has a shorter bill than other hummingbirds, as it pierces flowers at their base to reach the tasty nectar. This tiny, shiny bird can be spotted in parks and gardens with plenty of flowers for it to feast on. 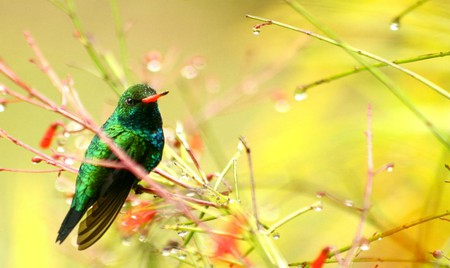 As of 2015, the jaguar was declared extinct in Uruguay, but that doesn’t stop Bolivian or Paraguayan neighbours from showing up now and then. It thrives in wetlands, as it’s a strong swimmer with a killer sense of smell. Aloof and territorial, it marks its home in the trees with deep gashes in the bark and an off-putting spray. The jaguar typically hunts the snuffling peccary, tapirs and even fish. 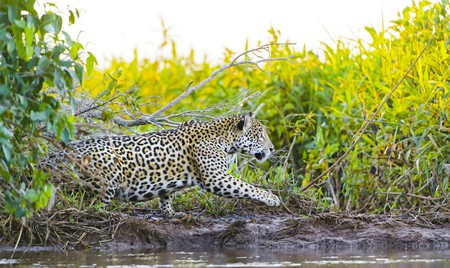 The monk parakeet finds safety in numbers – it’s the only parrot to nest communally. Unpopular with farmers, it tends to shred sunflowers and corn in search of seeds and kernels. This lime-coloured chirper can be found everywhere in Uruguay, from the skateparks of Montevideo to the protected Paysandu-Mercedes area on the western border. 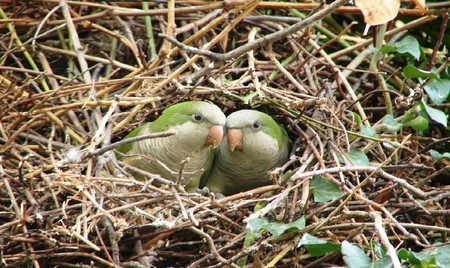 The elegant pampas deer appears bespectacled, with distinctive white rings around its bright eyes. This wary creature sticks to low elevations, as its hooves don’t allow for easy maneuvering over rugged terrain. It’s easily lost among the tall grasses of Uruguay’s prairies thanks to pale tan colouring, though a distinctive scent gives up its location to prowling predators. 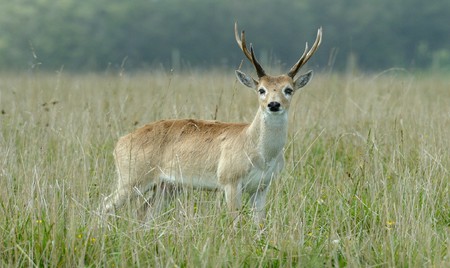 Solitary and silent, the puma is a formidable hunter. Powerful jaws and unrivalled night vision allow it to sneak up on its prey undetected. Intriguingly, the puma isn’t classed as a big cat as it is unable to roar. Native pumas have been extinct for years, though they are known to creep in from neighbouring countries to prowl Esteros de Farrapos National Park on the western border of Uruguay. 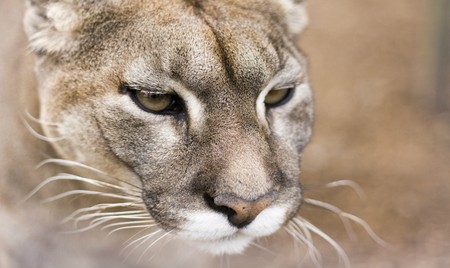 The rockhopper is the littlest member of the penguin family. Crested and stout, it’s distinctive for its ability to bound across the rocks. When it comes to prey, no depth is out of reach – this penguin can dive up to 100 metres under the waves in search of krill, squid and crustaceans. It tends to turn up on Uruguay’s southern shores in the depths of winter. 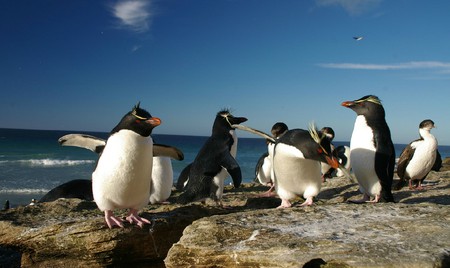 The Uruguayan savanna is home to thousands of red-bellied toads. This brightly coloured amphibian is endemic to this part of South America, breeding explosively and thriving in dank, rocky conditions. Listen out for its throaty call after heavy rains. 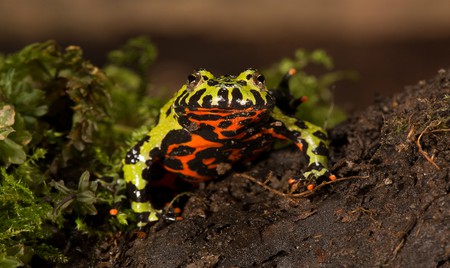 Also known as the yellow armadillo, this armoured critter looks like a vestige of the prehistoric age. Incredibly, the six-banded armadillo’s closest cousins are the sloth and the anteater. Its powerful front legs are perfect for digging into mounds after ants and beetles, while its protective keratin plates shield it from predators. Find it in Uruguay’s central grasslands. 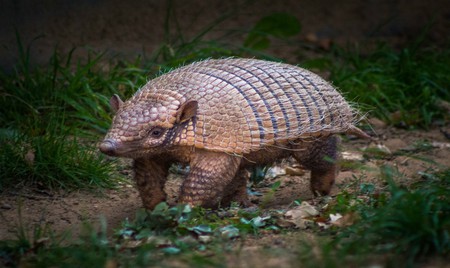 Forest-dwelling, fruit-eating and friendly, the South American coati is one of the cutest animals you’ll spot in Uruguay. Closely related to the raccoon, it has an elongated snout, a red ringed tail and dexterous claws, which help it pick off a tarantula’s hairs before scoffing it down. Females live in groups of up to 30 with their young, mainly sticking to the Lunarejo Valley in the north of the country. 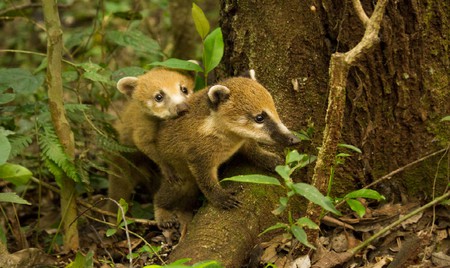 The largest colony of South American fur seals in the world can be found lazing along Uruguay’s coastline. It’s a stocky creature, with thick fur that can withstand the chill of the Atlantic Ocean. Standout fur seal features are blond whiskers and a call that’s guttural and threatening. Catch them when they come together on Isla de Lobos to breed in the summer months, between mid-October and mid-January. 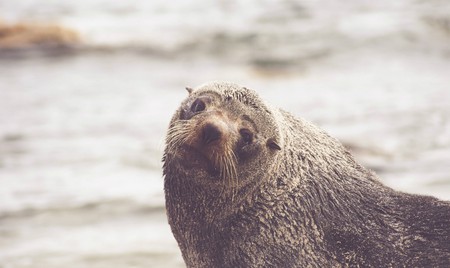 Holding the title of Uruguay’s national animal, the southern lapwing is a crested, wading bird that’s been around since prehistoric times. Though it’s found mainly on open grassland, they are so widespread that they pop up near airports, golf courses and cattle ranches. Famous for appearances at football matches, where bright floodlights attract thousands of delicious insects – the lapwing’s favourite treat. 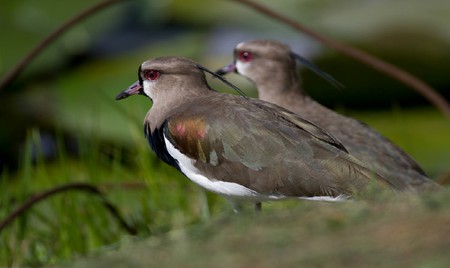 More often spotted than the shy La Plata dolphin, the striped dolphin frolics in temperate waters and is frequently seen off the coast of Rocha in eastern Uruguay. Nicknamed ‘streakers’, these inquisitive, seaborne mammals zip alongside boats, jumping up to six metres out of the water to display their pale underbellies. The only dolphin in the wild that performs roto-tailing in mid-air. 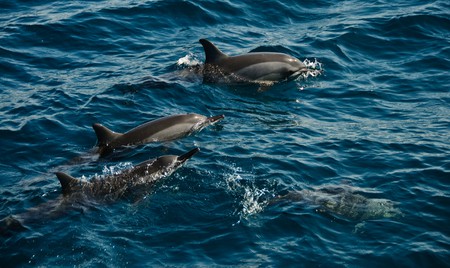 The tropical rattlesnake is typically popcorn-coloured and can grow up to 1.9 metres in length. It slithers around arid areas, most at home among dry rock and mud. It has a fatal bite, so watch where you step when exploring the country’s vast savanna. 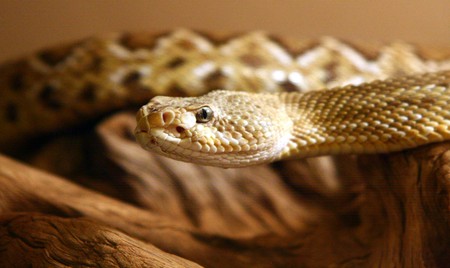