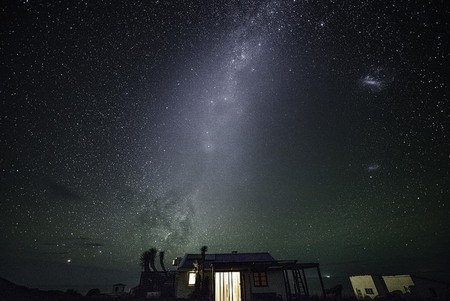 Don’t miss out on the 20 most important attractions throughout Uruguay. Get to know different areas of the country by visiting all of these; combining culture, cityscapes and natural sceneries. Discover the top 20 things to do on your next visit to Uruguay, from culture, to beaches, to countryside, vineyards, spa and more. 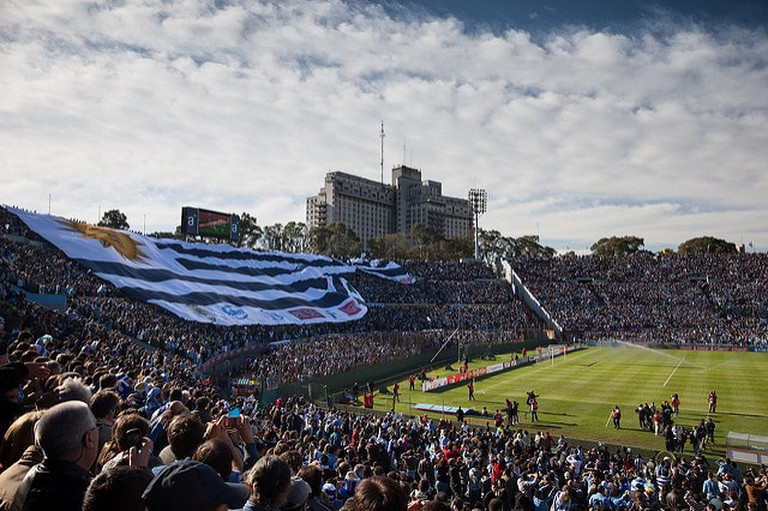 Catch a game at the Estadio Centenario | © Jimmy Baikovicius / Flickr
This is the biggest football stadium in the country, and was built in 1930 for the first ever World Cup. It is still Montevideo’s main stadium, and a must visit even if you’re not a big football fan. The energy during a match is unlike anything else; going to see the national team is a spectacle in itself. You can also visit the museum in the stadium to learn all about Uruguay’s football history.
Open In Google Maps
Av. Dr. Américo Ricaldoni, Montevideo, Uruguay
Give us feedback

Colonia del Sacramento’s historic quarter is a UNESCO World Heritage Site because of its beautiful colonial architecture and urban landscape. Colonia del Sacramento changed hands between the Spanish and the Portuguese several times, each leaving their mark in the city that now is also blended with contemporary society. The historic quarter surrounded by the city walls feels like it’s suspended in time—a very picturesque place by the Uruguay river. 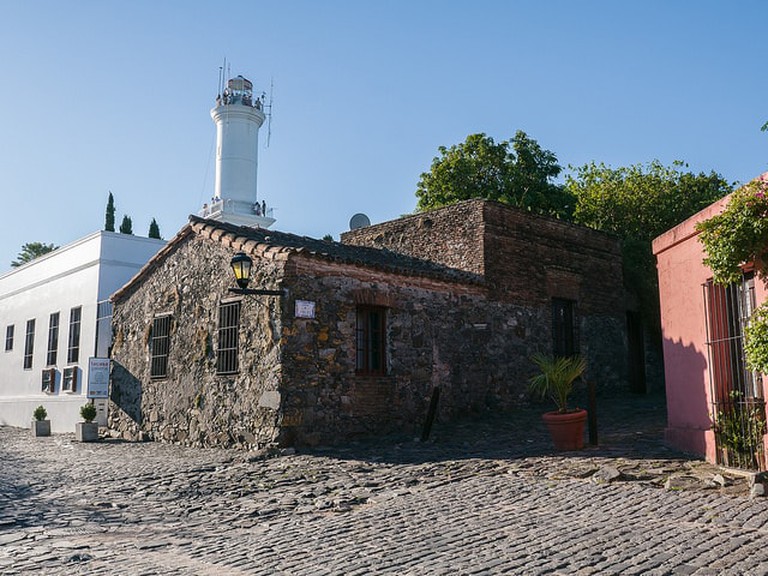 Visit the hot springs in Salto and Paysandú for an extremely relaxing trip. Natural water is heated and flows from under the earth to the surface, where now there are water parks, thermal spas, inns and hotels. The water has a lot of minerals which makes it particularly good for drinking and soaking in. 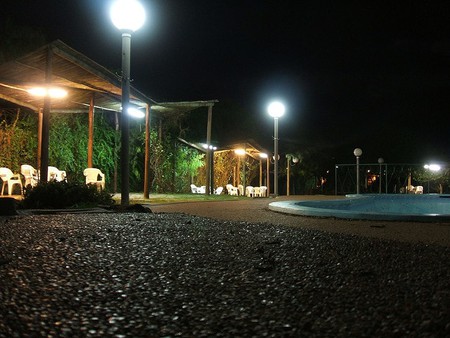 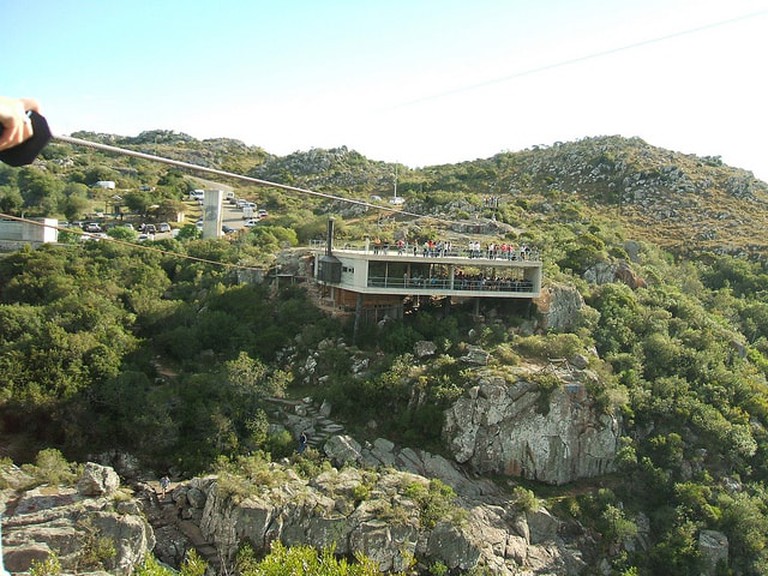 Uruguay has a very rocky landscape around Lavalleja, where you can find Salto del Penitente. You should mainly go for the breathtaking views from up the mountains, which lead you to small waterfalls and natural pools. There is also a restaurant in the rocky mountains that you can’t miss, and various adventurous activities offered, like rock climbing and horse riding.

Pan de Azúcar is a hill in Maldonado. It is easily recognizable because of the big cross constructed on its top. The hill is home to a natural reserve that hosts a great display of native Uruguayan wildlife. Some species even used to be endangered and were saved by the efforts of the natural reserve. Do some hiking, experience nature, and climb to the top! 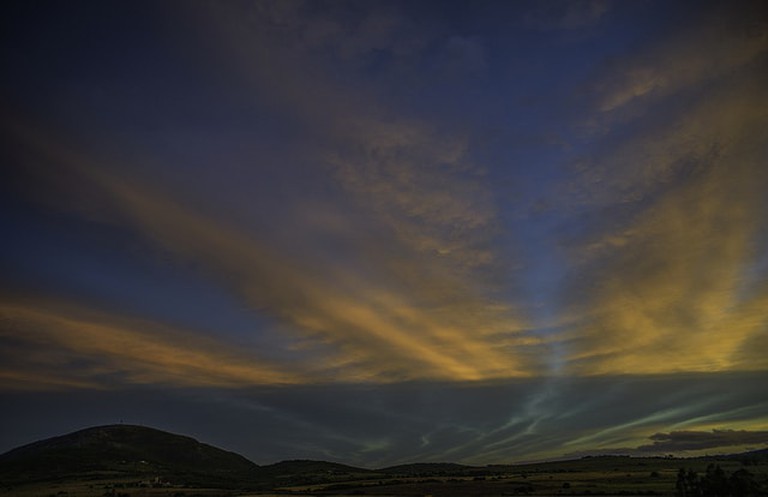 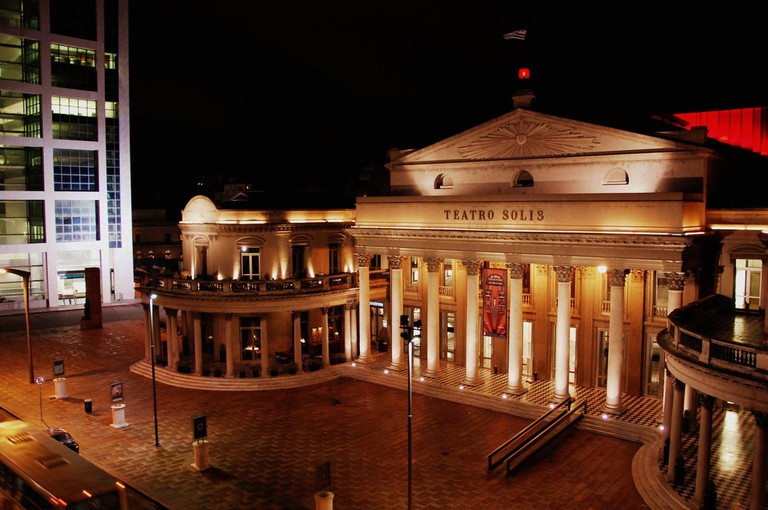 Teatro Solís, as delicate as it is opulent | © LWYang / Flickr
Solis Theater is a landmark in Ciudad Vieja, the Old City district in Montevideo. The architecture and urban planning of Ciudad Vieja are beautiful—you can get lost wondering through the streets, people-watching, and discovering beautiful corners. Go inside Solis Theater to see beautiful ornamental décor from the beginning of the 20th century.
Open In Google Maps
Buenos Aires, Montevideo, Uruguay
Give us feedback 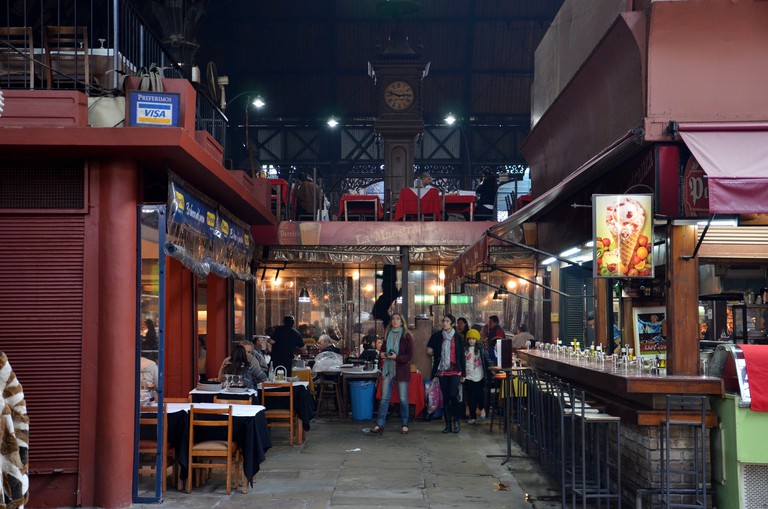 Mercado del Puerto is pure steel | © Christian Córdova / Flickr
The “Port Market” is not actually so much of a market anymore but more of a giant space with restaurants and shops in it. You can find street markets right outside during the weekends, and an artisan market nearby every day. It’s an amazing place to involve yourself in Uruguayan culture, because you can eat the most typical food, listen to street performers play typical music, and people-watch for hours on end since it’s a busy part of the city.
Open In Google Maps
Rambla 25 de Agosto de 1825 228, Montevideo, Uruguay
Give us feedback

The area surrounding Punta del Diablo is extraordinary. There is an old fortress called Santa Teresa, a natural reserve with the same name, campsites, and different unspoiled beaches. Cerro Verde is another natural reserve nearby, on the beach where people take care of sea turtles that get stranded. Punta del Diablo is a charming fishermen’s town with unspoiled beaches and great seafood. 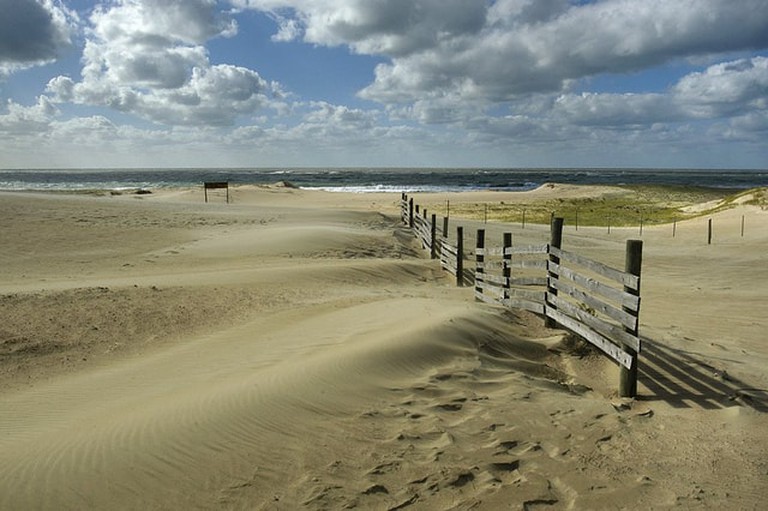 This is a protected area that can only be accessed on a special route with special transport, or by foot or horseback from a nearby town called Valizas. The journey from Valizas is a great hike along the beach, through big sand dunes and a stream. Cabo Polonio is basically made of tiny ranches and a big lighthouse. Next to the lighthouse, you can watch sea lions in their natural habitat, that is also protected.

Castillos Lake is a great spot to go swimming and fishing, since the natural water is a refreshing change from the usual salty sea water from the beach. You can take a boat to the Ombú mount, a special place that hosts massive shrub-like trees that are hollow inside. There are also fields of very tall palm trees that are very distinctive to the area. 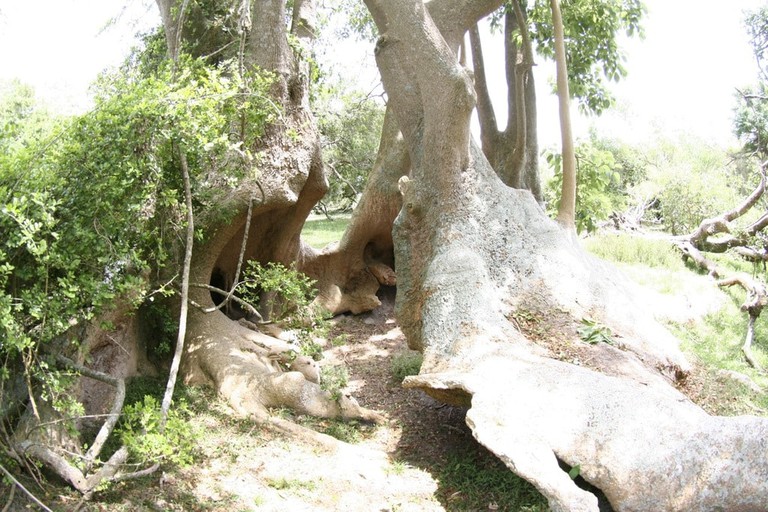 This seems like a typical countryside farm… until you discover the great mysticism behind it. Thousands of people visit every year because it is considered to have special energy that, for some reason, attracts UFOs. Many people have extraordinary stories about the sightings that occur here. You can also find the religious figure of Padre Pío, which some people also believe gives blessings to pilgrims that visit. Either way, it’s an interesting place to try your chances for some supernatural happenings.

The amethyst stone is abundant in the north of Uruguay. You can book an exploration tour that takes you inside the caves, to see some of the biggest, most incredible displays of raw precious stones that are yet to be mined. You can even collect your own with the help of special tools and guidance offered by the tour guides. You will also witness panoramic views of the fields where the mines are located. 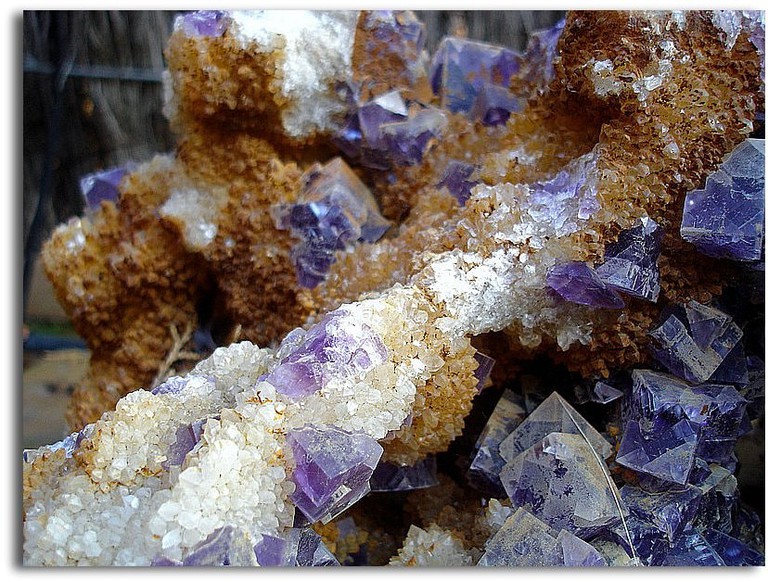 Pablo Atchugarry is a famous Uruguayan sculptor who works mainly with marble and metal. A few years ago, he opened a gallery in Manantiales, Punta del Este, that is also home to the best sculpture park in Uruguay. The gallery has two separate indoor spaces: one where Atchugarry’s works are displayed, and another one for changing exhibitions. The sculptures park, outdoors, expands and evolves as more sculptures are commissioned and the landscape is adapted to host them. 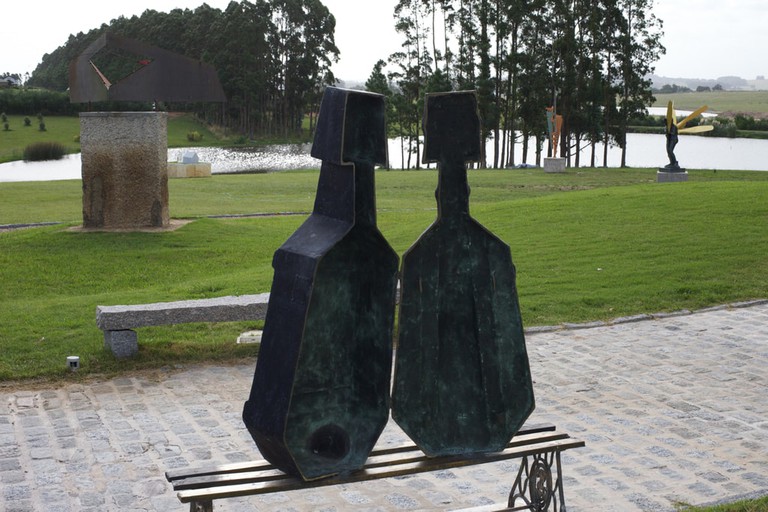 Punta Ballena is located very near Punta del Este. One of the main attractions here is the viewpoint, from where you can watch splendid sunrises and sunsets with cliff and ocean views, and Punta del Este city far away in the horizon. Another one is Casapueblo, Carlos Páez Vilaró’s workshop-turned-museum, a stunning work of architecture by one of Uruguay’s most prominent artists. Finally, you can also visit Las Cumbres, or “the hills,” to see more views from above, and an arboretum.

🌅oh the sun🌅sets🌅so beautifully next to you💟

Garzón is a small village near Rocha that has remained quaint and enchanting throughout the years. Chef Francis Mallman opened a Michelin-starred restaurant and hotel there, which put the town’s name on the map. The place is very remote and perfect to walk around, as if you were the only citizen. It is very peaceful and quiet, and very close to the countryside. 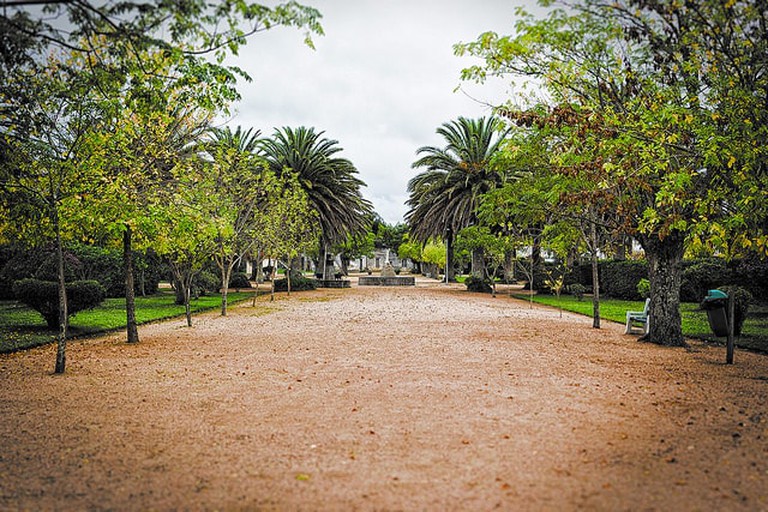 This geo-park is highly recommended, especially for anyone who enjoys alternative experiences related to geology, palaeontology and archaeology. You can enter ancient caves filled with cave paintings, and geological formations that are 2,500 million years old. It is one of the only two geo-parks on the continent.

Visit one of the many countryside houses that offer tourist accommodation. Not only will you be able to hike and explore the gorgeous countryside landscape, but also take part in horseback riding. These countryside houses offer guided horse riding tours for all skill levels, and exploring Uruguay this way is an unmatchable experience. You will also enjoy delicious homemade food. 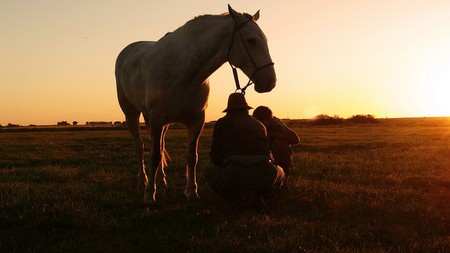 The Rambla is the coastline promenade, present in every coastal city of Uruguay. It is the typical meeting place because of its stunning views of the rivers and ocean. Walking along the Rambla is a peaceful activity, and watching the sun rise or set on the sea is rewarding. 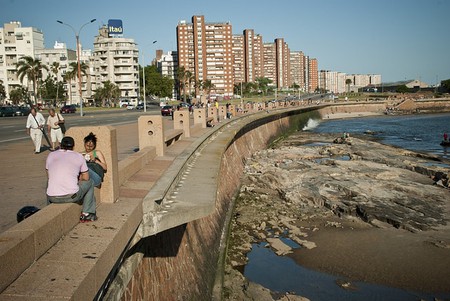 There are several vineyards in Uruguay, and most of them offer wine tasting tours with meals and visits to the estate. The typical Uruguayan wine is a red Tannat, but there are also several very high-quality reds and whites with different grapes. Visiting a vineyard is a great excursion because you get to appreciate the countryside views, great wines and food. 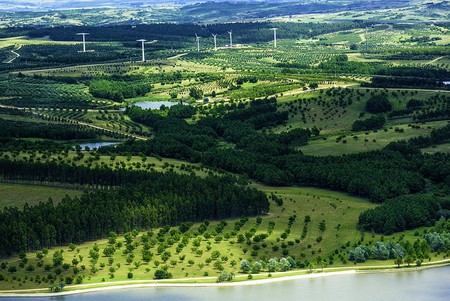 Museum
Facebook
Email
Twitter
Pinterest
Copy link
Share
Map View
Carnival is massive in Uruguay—it is the longest lasting carnival in the world and lasts all summer. If you visit Uruguay when it’s not carnival, you can still learn about it and experience it in Montevideo by going to the Carnival Museum. It’s very picturesque and definitely worth the visit. If you want to listen and see a show very similar to what goes on in Carnival, you should visit El Milongón, where you can have dinner while enjoying the cultural show.
Open In Google Maps
Museo del Carnaval, 218 Rambla 25 de Agosto de 1825, Montevideo, Departamento de Montevideo, 11000, Uruguay
+59829165493
Visit Website
Give us feedback
Give us feedback